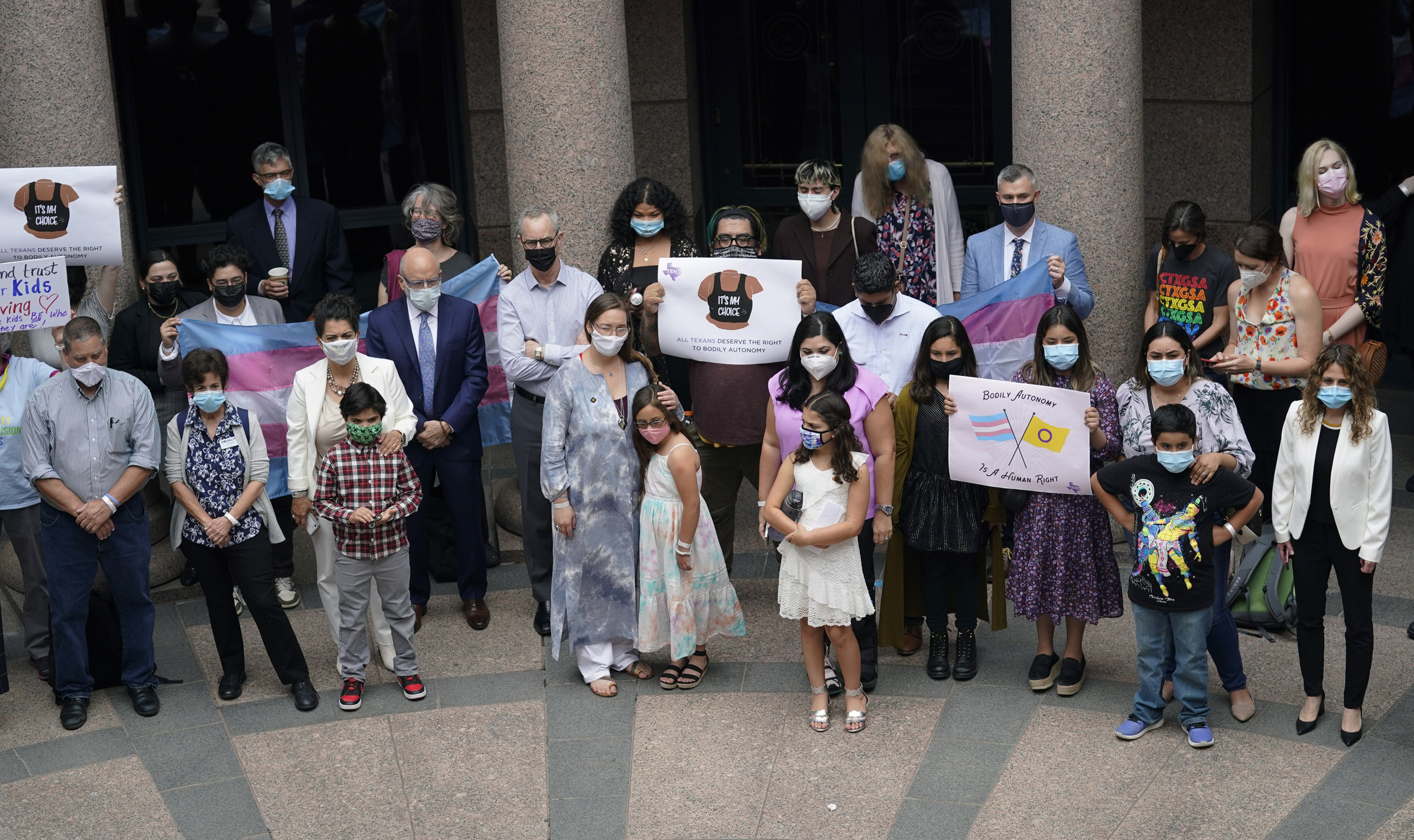 Transgender children are unlikely to “detransition,” or come to identify with their birth sex, five years after their social transition, a new study found.

The findings, published Wednesday in the journal Pediatrics, come from a larger project called the Trans Youth Project. Researchers at Princeton University began in 2013 to track 317 kids between ages 3 and 12 who socially transitioned — the first and largest sample of its kind, according to Kristina Olsen, the study’s lead author and a professor of psychology at Princeton.

The results showed that five years after their initial social transition, 94 percent of the study participants were living as either trans girls or trans boys. The remaining youth had “retransitioned,” as the study called it, and no longer identified as binary transgender. Of that group, 2.5 percent came to identify with their birth sex.

The findings come as Republican lawmakers in more than two dozen states have tried, over the last two years, to restrict access to gender-affirming care for transgender minors.

Social transitions can include wearing different clothing and using a different name and pronouns, but the study defined a complete social transition as changing one’s pronouns “to the binary gender pronouns that differed from those used at their births.”

“When we started, we had no families contacting us who had kids who use they/them pronouns, and almost no one was using the term nonbinary amongst the community of families we were working with,” she said. “This is one of the interesting things about a prospective study, of tracking a cohort over time — not only are they developing and getting older and having a sense of maybe changes or not of their identity, but also culture is changing. Our words are changing, our understanding of gender is changing.”

The study’s findings are relevant to recent legislative efforts to limit gender-affirming care for minors, which includes puberty blockers, hormones and surgeries. The number of proposed bills that aim to restrict such care for transgender youth has grown from one in 2018 to 36 this year, according to an analysis by NBC News.

Three states — Arkansas, Tennessee and Alabama — have passed laws restricting or banning gender-affirming health care for transgender minors. Alabama last month became the first state to make it a felony for doctors to provide such care.

In guidance issued last month, Florida’s surgeon general recommended against medical transition for minors due to “the potential for long-term, irreversible effects” and condemned social transition for children.

Supporters of these restrictions say trans youth are too young to know what their gender is, and many cite research that found that most trans youth come to identify with their birth sex later.

The Princeton findings contradict that prior research. In the study, just one child of the 190 who went on puberty blockers or hormones later came to identify as cisgender. Puberty blockers are medications that suppress the body’s release of sex hormones, but puberty resumes if a person stops taking them.

“With regard to this debate or discussion that’s going on, I think the critical piece is that we’re seeing the retransitioning happening before the ages at which kids were beginning medical transition, at least so far in our data,” Olsen said.

The other seven children in the study who socially transitioned and then came to identify with their birth sexes did so “before blockers were even on the table,” Olsen added.

Some researchers and doctors have questioned studies that purport to show that a majority of trans youth later detransition. A report released Monday from researchers at Yale University and the University of Texas Southwestern refutes “flawed science” that officials in Texas and Alabama have cited to support restrictions on gender-affirming medical care.

“These are not close calls or areas of reasonable disagreement,” the authors wrote, adding that both Alabama and Texas leaders “ignore established medical authorities and repeat discredited, outdated, and poor-quality information.”

Olsen said that comparisons of previous research on the topic to her team’s study are like “apples to oranges,” because many participants in past studies had not socially transitioned. In one oft-cited 2013 study, researchers classified participants who didn’t return to their clinic as “desisters” of gender dysphoria rather than “persisters,” and assumed they no longer identified as trans.

Olsen’s team plans to follow the cohort in the study for 20 years, well into adulthood, and will track life experiences that affect their mental health.