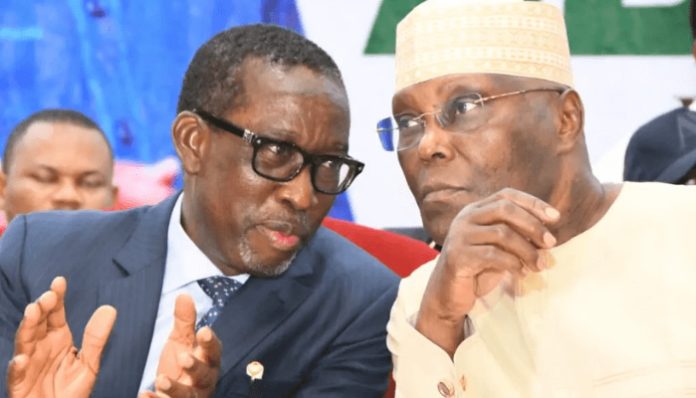 Traders in Delta State have lamented bitterly as popular markets in the state capital were shut down on Tuesday.

One of the popular markets, Ogbogonogo Market in the Asaba metropolis, was said to have been shut down based on the directive of Governor Ifeanyi Okowa because of the presidential campaign rally of the Peoples Democratic Party which was held in the state on Tuesday.

Some traders who spoke to our correspondent counted their losses as a result of the visit of the PDP presidential candidate, Atiku Abubakar, to the state.

Traders who lamented their ordeals in separate interviews with our correspondent included Charles Okonkwo, Jude Okeyebunor, and Kate Mordi among others.

They described the attitude of the state government towards the citizens’ welfare as insensitive.

“Markets were shut down on Tuesday because of the party’s campaign, which is why Okowa did not declare a public holiday for civil servants. The workers are there to work for him, and he closed our only source of income.

“Don’t you know that there are people who go hungry if the market does not open for a day?” Mordi lamented.

However, while addressing party supporters at the rally’s venue, the Stephen Keshi Stadium, Atiku stated that the team was not in Delta to campaign but to thank the state.

He said, “We are not in Delta State to campaign; we are in the state to show our gratitude. Since 1999, Delta has never failed our party; that is why I chose my running mate, Okowa, from here.

“In my policy document, education is well captured, and as far as the federal government is concerned, there will be no ASSU strike again if I am elected president. The APC government has disunited Nigeria, and we are coming to unite the country. Economy and security will be given adequate attention.”

In his remarks, Okowa who is the party’s vice presidential candidate thanked Atiku for choosing him as his running mate despite all odds.

The National Chairman of PDP, Iyorchia Ayu, received the state secretary of the All Progressives Congress, Nick Otunba, with other defectors to the PDP at the rally

Meanwhile, the PDP Campaign Council has mocked the APC over the defection of its members in Delta State, saying the development signals the collapse of the party in the state and the South-South.

The council said this in a statement by its spokesperson, Kola Ologbondiyan, on Tuesday in Abuja.

Ologbondiyan said, “The defection of the State Secretary of the fizzling and wobbling APC, Otunba Nick Ovuakporie, as well as a horde of other APC members to the PDP, signals the collapse of the APC in Delta State and other South-South states.

“This daily mass exit from the APC into the PDP, which is also being recorded in other parts of the country, shows that Nigerians, especially APC members, have come to the reality of the vacuity, inadequacies and incompetence of the APC presidential candidate, Asiwaju Bola Tinubu, and the futility of his self-centred presidential ambition.