A  chieftain of the All Progressives Congress (APC) in Kaduna State, Dr. Hakeem Baba-Ahmed, has described Fatima Ribadu’s wedding dress as “totally unbecoming of her faith and her culture” 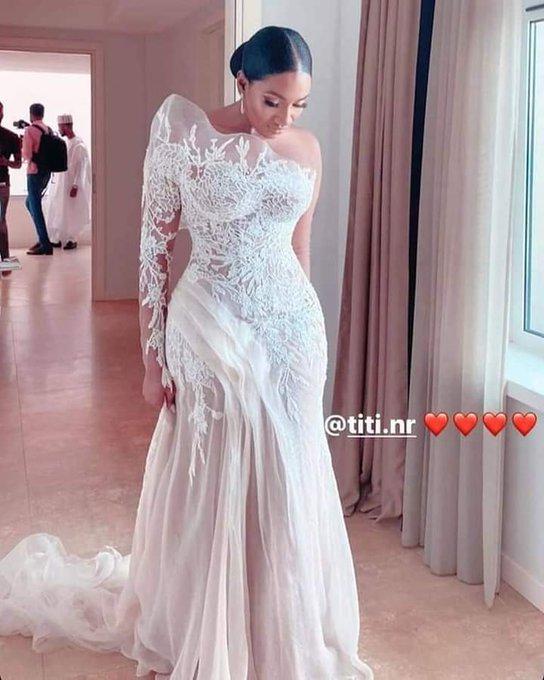 Recall that the wedding ceremony of Aliyu Abubakar, son of the former Vice President, Atiku Abubakar and Fatima, daughter of former EFCC Chairman took place in Asokoro, Abuja on Saturday.

The beautiful bride wore a stunning couture wedding dress by a prominent Dubai fashion designer and the photos have since gone viral on social media with many Muslims condemning the gown, which they described as ‘unIslamic’

Dr. Baba Ahmed reacted to the photo via his Twitter account, appealing to Muslim youths and parents to stop copying cultures that are not Islamic.

“Today I saw pictures of a Muslim bride dressed in a manner totally unbecoming of her faith and culture. Fewer things made me sadder. I appeal to our young people and us parents to stop aping cultures that are not ours,” he added. 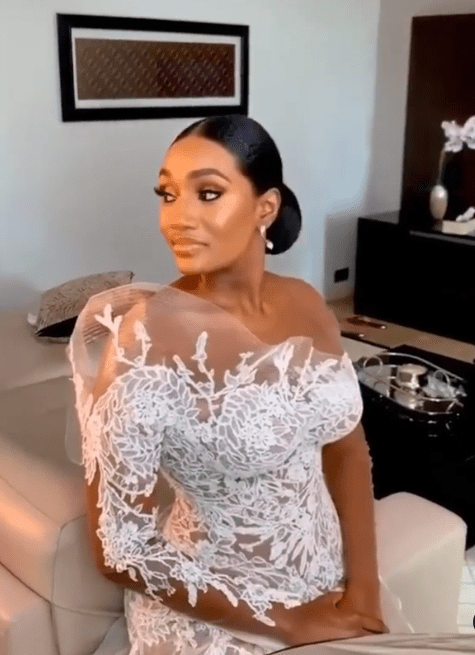 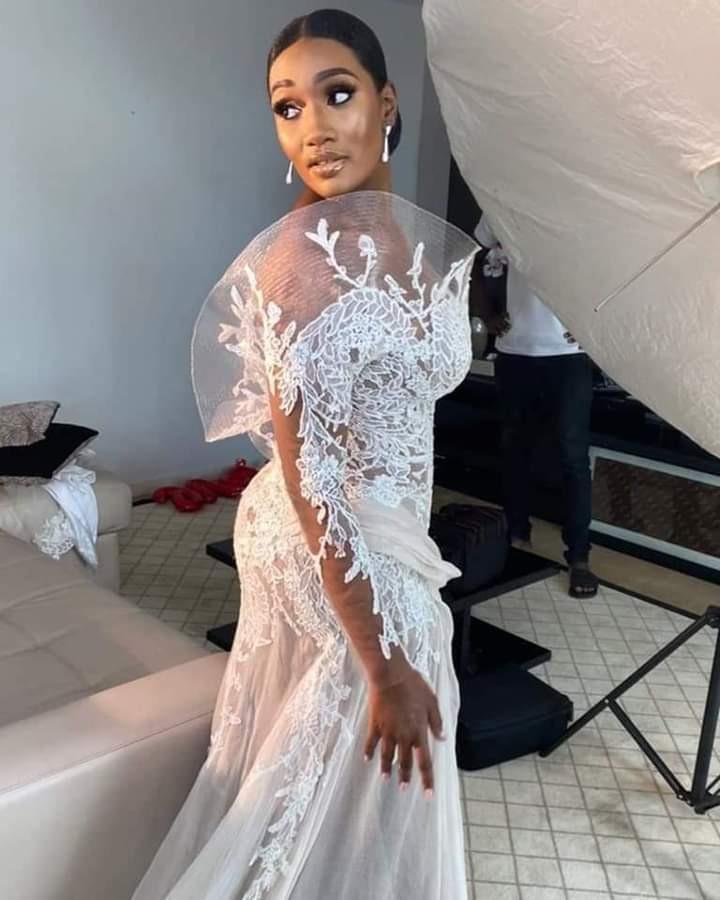 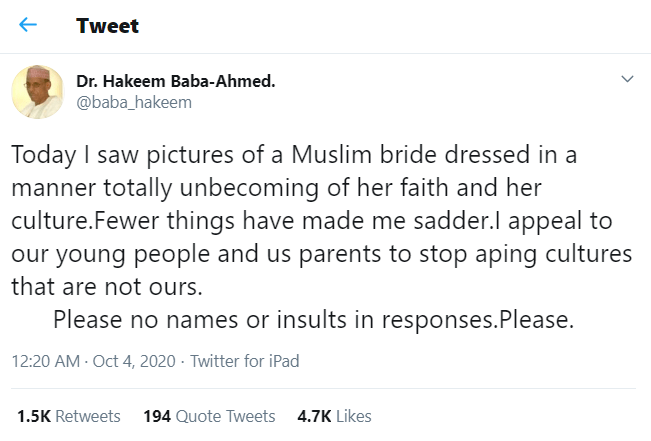 47.8 Million NINs Have Been Collected By Mobile Operators – NCC...

Ondo Govt To Enforce No Mask, No Entry Policy – Newspot