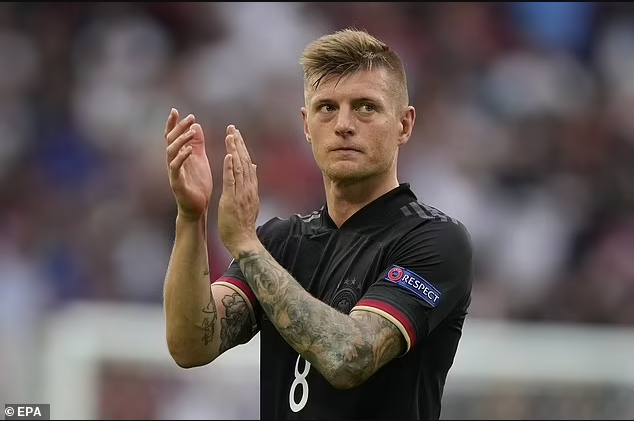 Toni Kroos has reportedly played his last game for Germany and is set to announce his international retirement.

The 31-year-old Real Madrid midfielder previously said he does plan to sstretch out his playing career late into his thirties. It now appears Kroos will keep to his word with German outlet Bild reporting that the footballer is ready to step away from the national team after Euro 2020.

Kroos played every minute at this tournament for Germany but could do little to stop Joachim Low’s team from their 2 – 0 defeat to England in the round of 16.

‘It was an even game until England’s opener,’ he said afterwards.

‘Both teams cancelled each other out. We got out of a tough group, but it hurts a lot to go home now.’

For Germany, Kroos has managed 17 goals, the most famous of which was a free-kick against Sweden at the 2018 World Cup.