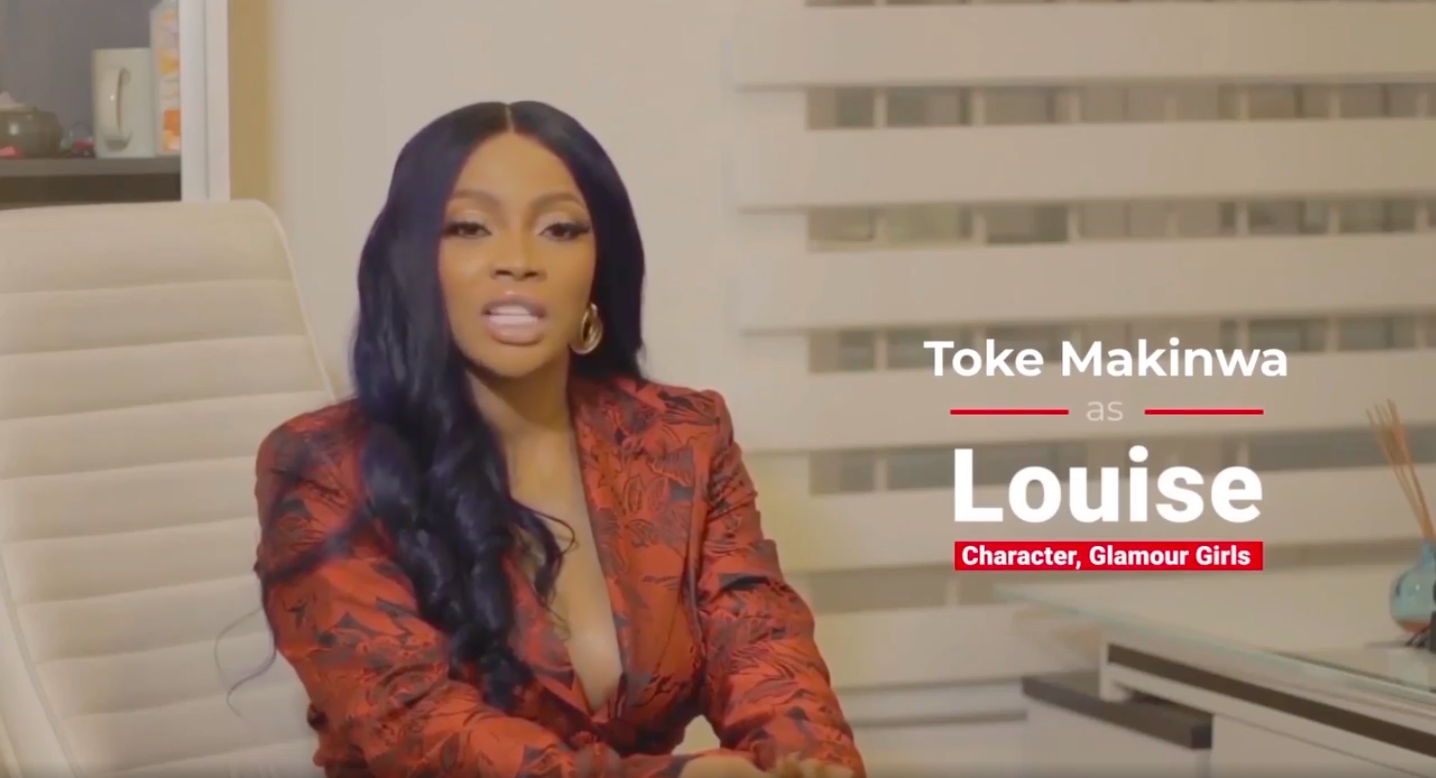 Sharon Ooja and Toke Makinwa give us a little more insight into their characters Emmanuela and Louise in the upcoming thriller, “Glamour Girls.”

“Growing up it was one of the films that I watched, and it was such a classic, such a beautiful story. It’s just amazing that now I’m older, I’m an actor, and I get to play one of the leads…” says Sharon Ooja of joining the cast and what to expect from the film.

Describing her character Louise, Toke says, “the character Louise is a handful. She gets want she wants. She will stop at nothing till she accomplishes it. She is a loving wife, an awesome mother, and a hustler.”