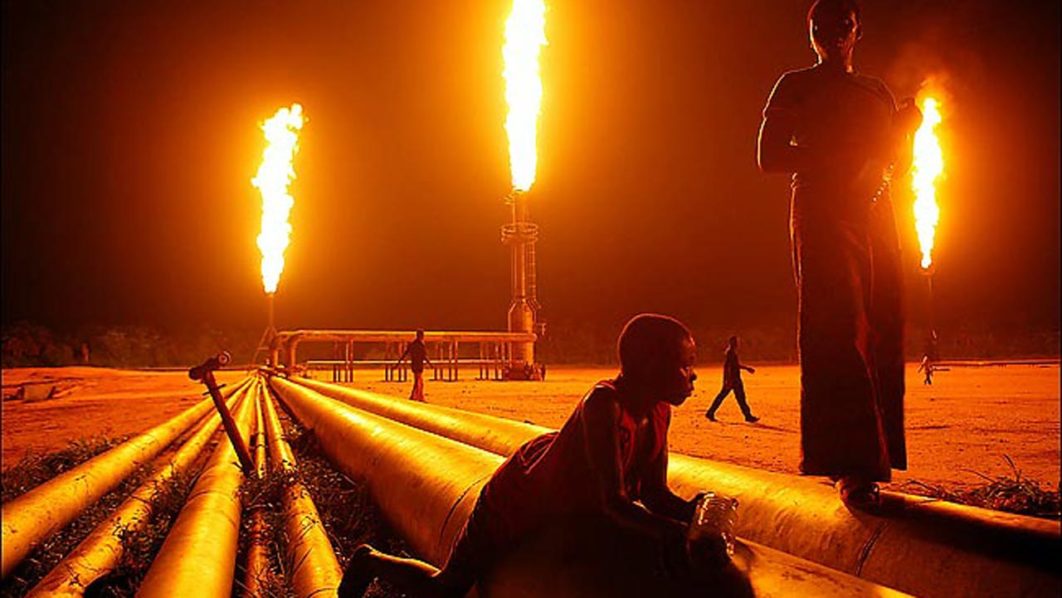 The Act (the Harmful Waste (Special Criminal Positions etc), Act 1988 only focuses on the commission of any action or omission by persons without lawful authority. Thus, where an organization has a licence to store waste resulting from production, they are seemingly omitted from the ambit of the Act, but the law failed to take into consideration the inadequate storage or inadequate waste management system by licensed firms or groups.

The above defect is by no means unique to the Harmful Waste (Special Criminal Positions etc), Act 1988 as similar oversights or omissions cuts across all others Acts listed above (part one of this pieces). With this challenge highlighted, there exists, yet, another legislative arrangement in both the petroleum sector and the Niger Delta region that pushes more people of the region into destitution. It is the asymmetrical structure of the nation.

As an illustration, characteristically, a region in Nigeria such as the Niger Delta houses the crude oil deposits but lacks the constitutional power to sign, monitor or regulate the explorations as the Land Use Act and other mineral laws in Nigeria exclusively vested such powers on the government at the center. Unfortunately, the government at the centre lacks the interest, plan and the will to develop the regions. Even, in case after case, successive administrations at the centre have at different times and places expressed more interest in promoting/protecting crude oil exploration/production, politicized the environmental protection process with the environment remaining neither prominent on the agenda nor given a symbolic attention or substantial action.

Using the minimum components of the right to a healthy environment-Ogoni community as a baseline, the environmental condition of the coastal communities in the Niger Delta  region can best be described as not only deplorable but laced with non-development, poverty and extreme lack of government presence.

It was in a bid to compel the government’s response to glaring environmental injustice mated to the people of Ogoni land and other Niger Delta communities that propelled the Social and Economic Rights Action Center (SERAC) in close collaboration with the New York-based Centre for Economic and Social Rights (CESR) to file a communication (Social and Economic Rights Action Center (SERAC) Vs Nigeria) with suit Number 155/96 before the African Commission on Human and Peoples’ Rights against the Federal Military Government of Nigeria asserting that the wild spread contamination of soil, water and air, the destruction of homes, and the climate of terror visited upon the Ogoni communities constituted a violation of their rights to health, a healthy environment, housing, and food.

As a response to the communication, the Commission in October 2001, gave a well-considered rule finding the Federal Republic of Nigeria in violations of 2, 4, 14, 16,18(1), 21 and 24 of the African Chapter on Human and Peoples’ Right (ACHPR), and therefore recommended a total clean up of the polluted Ogoni and other adjourning communities in addition to taking preventive remedial and compensatory measures to improve economic and social outcomes for the Ogoni community.

This brings the piece to the issue of Petroleum Industry Bill (PIB), a piece of legislation that currently occupies the frontline of the nation’s political and socioeconomic discourse and presently under consideration by the National Assembly. The nation needs to pass the Bill to law, not for political reasons but because, going by what industry watchers are saying, the Bill if passed to the law will engineer the development of host communities in ways that entail all-encompassing improvement, brings a process that builds on itself and involves both individuals and social change. Attracts growth and structural change, with some measures of distributive equity, modernization in social and cultural attitudes, foster a degree of transformation and stability, bring an improvement in health and education and an increase in quality of lives and employment of the people.

There is also another ingrained way of how the Bill will assist in clearing the Augean Stable in Niger Delta. This has to do with the Prohibition of Gas Flaring in section 104.  Going by its provisions, the Bill in a bid to fulfill its obligations under the United Nations Framework Convention on Climate Change (UNFCCC) and similar Conventions, demands strict adherence to a gas flaring plan. A licensee or lessee, it explained, producing natural gas is expected to, within 12 months of the effective date; submit a natural gas flare elimination and monetisation plan to the Commission, which shall be prepared in accordance with regulations made by the Commission under this Act. A Licensee or Lessee who fails to adhere to the provision shall pay a penalty prescribed pursuant to the Flare Gas (Prevention of Waste and Pollution) Regulations.

To win, the nation Nigeria must borrow a ‘soul in order to raise a body’. She must seek solutions from the countries that are presently doing well in these areas we are facing challenges. As an incentive, it will not be out of place if she seeks answers to why and how Lee Kuan Yew, the father of modern-day Singapore was able to build and efficiently managed a refinery even when it was obvious that the country had no drop of crude oil at that material time? It will also be rewarding in socioeconomic terms if Mr President and his team study what propelled Britain as a nation without a drop of crude oil to build one of the best petroleum training Institutes in the world?

We must also in the interim take seriously the ongoing National Gas Flare Commercialization Programme (NGFCP), which in the words of the immediate past Minister of State (Petroleum), Dr Ibeh Kachikwu has the prospect to create employment; control pollution of the environment by turning the flared gas into productive use while adding money to the Federal Government Coffers.

Specifically, Nigerians have in different times and places argued that government agency such as the National Oil Spill Detections and Response Agency (NOSDRA), Nigeria National Petroleum Corporation(NNPC), and its subsidiaries have no business being in Abuja since the chunk of its responsibility is in the Niger Delta region. Another key action that may guarantee a fast-tracked development of the region is the immediate relocation of the headquarters of (both private and government-owned) organizations to the region. it will not only add to a new relationship but soaks up the existing tension.

Finally, though faced with interminable socioeconomic and environmental challenges, the region is troubled but not despondent- a situation that makes it easy for them to be managed and contained if only the federal government via the Niger Delta Ministry could come up with a plan and political will to tackle the challenges currently faced by the people of the region.