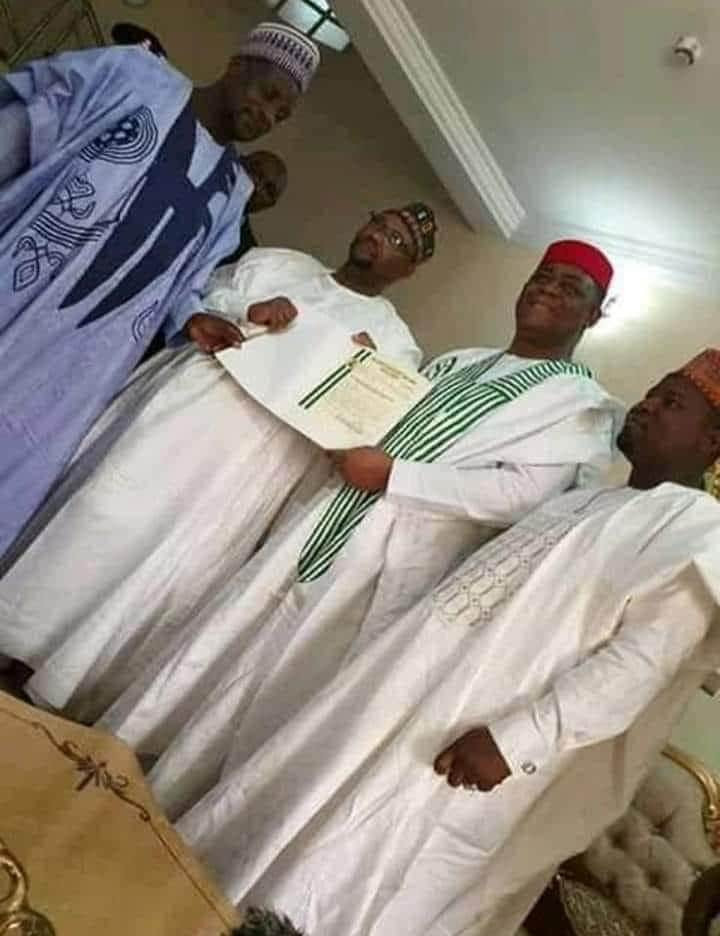 The Shinkafi Emir­ate Council has stated that the “Sadaukin Shinkafi” title conferred on former Min­ister of Aviation Chief Femi Fani-Kayode, by the Emir Of Shinkafi, Alhaji Muhammad Makwash is ir­revocable and irreversible.

Recall that conferment of the title on the PDP chieftain has led to a controversy and resignation of five ti­tleholders in the Shinkafi Emirate Council of Zam­fara State.

However Wambai Shinkafi, Dr. Sani Abdulla­hi Shinkafi who spoke on behalf of the emirate insisted that conferment of titles by the Emir cannot be reversed and also a gesture to deserving recipients ex­ercised within the powers and the discretion of Emir. He warned against playing the ethnic and religion card in the traditional exercise.

“Femi Fani-Kayode is not the only non-Muslim to bag a title from the North, it is worthy of note that several northern tradi­tional rulers had conferred titles on southerners like Chief Olusegun Obasanjo who was conferred with Chieftaincy title of Yalla­ban Sokoto, Chief Rochas Okorocha Danjekan Soko­to, Senator Orji Uzo Kalu Wakilin Anka, and former President Goodluck Ebele Jonathan who was con­ferred with the Garkuwan Manoman Zamfara.

“There is no hatred be­tween Muslims and Chris­tians or northerners and southerners but some people who want to ignite hatred are reading political mean­ing to it. He was chosen so that we can foster unity. He served as a minister and rep­resented the whole of Nige­ria.”