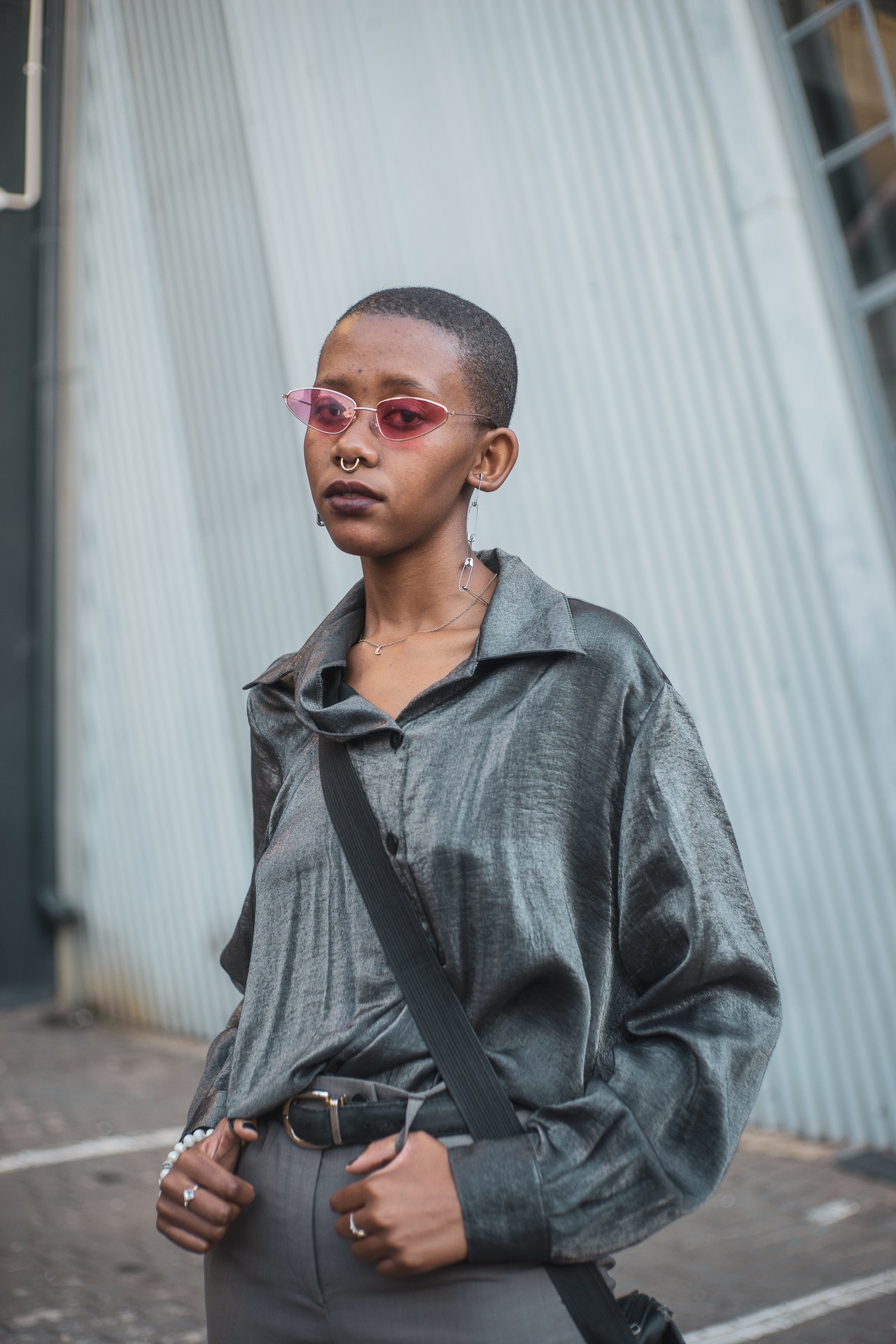 My mother’s voice was surprisingly low. She spoke through her teeth, sucking in air as she picked her words with deliberate slowness.

“Who are you?” she asked again, pursing her lips, with her chin pushed forward, brows knitted and eyes narrowed to slits. Her displeasure was hard to miss.

“Who are you, Titilayo?” Disbelief, shock, perhaps even concern, strongly laced her question the third time, hanging thickly in the air with the silence that followed.

If my mother was calling me by my full name, she had to be extremely happy or unhappy with me, and it was of course the latter. I wanted to say something, anything to break the ice, but I knew that responding would only be poking the flames.

“I do not recognise you anymore,” she said with a hard-penetrative stare, her eyes unblinking, as if searching for answers on my face.

I shifted uncomfortably in my seat, letting my hands wander to my nose before settling on the stud on it, a new acquisition – the reason for my mother’s displeasure.

“What’s that on your nose?” she had asked just moments earlier as I idly sat opposite her at the dining table, before she proceeded to question me about my identity, as if I had become a stranger to her.

Surprised that it had taken her so long to notice – a week since I had been home, I paused to think of a perfect response, one that would neither be a lie nor truth. Oh, if I could only tell her the same thing I told my little niece each time she asked.

“It’s a boil,” I would respond to the inquisitive four-year-old, whose eyes would widen curiously at my silver nose stud.

“No. This is not a boil,” she would insist, attempting to touch it if she was close enough. Then she would throw her head back and laugh heartily in that cute manner that makes me want to melt into her. I would laugh with her and she would forget about it until some other time.

But this was not my little niece, and my mother was not going to wait till I had thought of a perfect response.

Much Ado About Body Piercings

My mother’s reaction to my nose piercing is certainly not unique. It is perhaps typical of many Nigerian parents, as Agatha Obi – a writer, friend and colleague – admits: “My mother was of the opinion that it was a bad thing.”

Until late last year when I had my nose pierced, I shared the same sentiments and I was as averse to the idea of nose piercing as anyone could be. I could not imagine why anyone would want to pierce their nose or any other body part that was not their ear lobe. Wasn’t the pain of piercing too much to endure for a piece of jewelry that would be useless?

Agatha, who has had a nose piercing for as long as I have known her, feels differently. Noting that body piercings serve a purpose, she says, “I think most girls get piercings because it’s a way of beautification, just as our earrings are. It’s an added beauty symbol. That’s how I look at it.”

One might wonder, though, if piercings on the tongue and the most intimate female body parts count as adornment, especially if they cannot be seen or admired by others. The fact is, as with all the choices we make, we have different reasons for getting piercings.

I’ll admit that I got a nose piercing more out of curiosity than anything else. I also cannot help but blame the rebellious streak I have always had. The first thing I said as I looked in the mirror after the piercing was, “My sisters would freak out!” I was so excited at that thought that it became obvious that all I really wanted was to do something shocking, different from what I knew to be the norm.

For Agatha, it was the need to replace her earrings, which she did not wear too often because they made her uncomfortable. She explains, “I knew the nose ring would have the same impact (as earrings), so I just did it. It was a one and done deal.”

Some do it for the fun of it or to get a new and different look. Others do it for attention or to satisfy their desire to wear as many pieces of jewelry as they can at a time.

Body Piercings: What You Should Know

If you are thinking of getting your body pierced, for whatever reason, you should bear in mind that there are risks involved –  some greater than others, depending on the location of the piercing on your body. There is the risk of getting an infection, for instance. You should also know that our bodies react differently, and your body’s reaction to your piercing might be unexpected and much worse than your friend’s. There is the risk of your piercer doing a shoddy job that you would hate.

Most of all, you should note that people are generally unreceptive to body piercings, a fact emphasized by Agatha thus, “I won’t lie, I think I’ve gotten my own fair share of insults. People look at girls that have nose rings as people that are trying to sell something or that are trying to draw attention to themselves.”

Getting a piercing is obviously not all fun and games. But if you have made up your mind to get it, ponder over these points and do it right.

Don’t do it for the wrong reasons

Do not get your body pierced just because your friend did it. We have different physical features and what looks good on her might not look so good on you.

Go to a professional

You do not want to look like a clown after getting that piercing because somebody failed to do a good job. You also do not want to be in more pain than you should be or get an infection because you got your piercing from an amateur.

Don’t dwell on what people think

2022 is about focusing on yourself. As long as you love it and it makes you happy, do it. Do not live for other people. Live for yourself.

Photo by Sinethemba Mnguni from Pexels