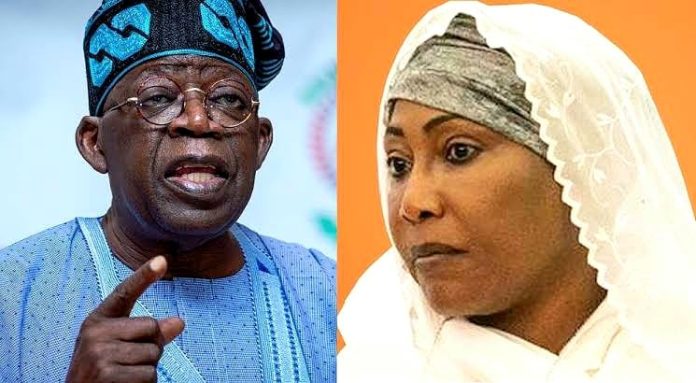 Najaatu Muhammad has stated that All Progressives Congress (APC) presidential candidate, Bola Tinubu should not have emerged.

She said Tinubu’s blunders during campaign rallies confirmed his poor health which would affect governance if he won.

In an interview with Thisday, the outspoken politician said Vice President Yemi Osinbajo would have been a better APC standard bearer.

“He’s a professor, he’s brilliant. For few weeks he was given to govern this country, he did a great job.

“But they said all sort of things against him. Tinubu controls the strongest propaganda machine in this country, which is the Lagos–Ibadan press,” she said.

She recalled her shock when Tinubu allegedly admitted he didn’t have a blueprint for the North and asked her to present what she thinks the region needs.

Muhammad said supporters of the former Lagos governor were selfish, greedy and were only after the funds at his disposal.

The activist said they know Tinubu is “incapable, handicapped”, but are also aware that “he’s already a cabal that they can depend on for the piece of a pie”.

“I have not spoken to anyone, in or outside APC, from up North that told me or that believes Asiwaju is capable. All they are saying is that you know we have to get something out of it.”

The Police Service Commission (PSC) commissioner explained that she followed her conscience by leaving the APC because to “be silent is criminal”.

Muhammad lamented that some Nigerians have allowed themselves to be pulled by the nose, “some out of ignorance, some out of tribal or religious sentiments”.

2023 Presidential Election: Fulanis Versus The Rest of Nigeria*. *By Bolaji O. Akinyemi*.