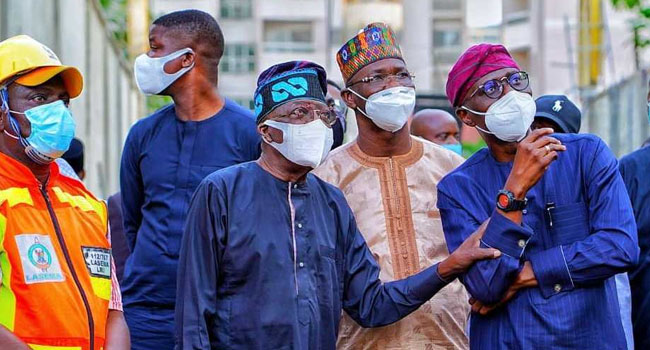 The National Leader of the All Progressives Congress (APC) and Nasarawa State Governor Abdullahi Sule on Saturday accompanied Lagos State governor Babajide Sanwo-Olu to the scene of building collapse in Ikoyi.

During the visit, they sympathised with the family members of the victims of the building collapse.

Governor Sanwo-Olu also gave an update on the search and rescue operation at the scene.

He said additional six people were evacuated alive from the collapsed structure and are currently being treated at the Police Hospital in Falomo, Ikoyi. 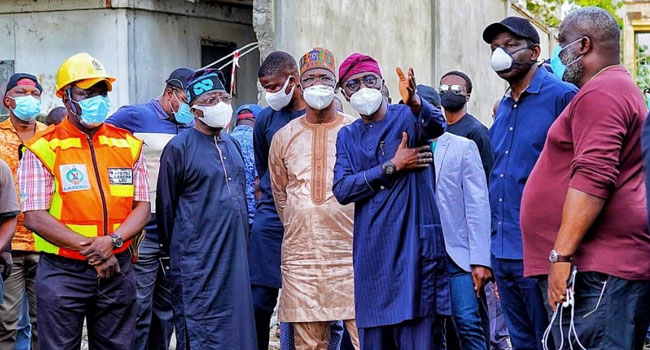 He added that 42 bodies had been recovered from the site at 6:00 p.m. on Saturday, giving a clearer manifest of the number of people that were possibly at the construction site before the building caved in on Monday.

Among the latest survivors are a 38-year-old woman, Glory Samsom. Others are Ndajor Ahmed, Yunusa Abubaka, Ajiboye Habib, Jeremiah Samson, and one man identified as Emem.