The National leader of All Progressive Congress (APC), Bola Ahmed Tinubu has recovered from the sickness he was reportedly hospitalized at a hospital in France for.

Newspot recalls that reports had emerged that the former Lagos State governor had contracted COVID-19 but his aide, Tunde Rahman, dismissed such reports in a swift statement.

Rahman, in his reaction to the speculation said, “that’s a lie from the pit of hell. Asiwaju is very okay. He is very fine and not sick.”

“He does not have COVID-19. If you must know, we have done COVID-19 test 15 times, each time he felt we had travelled and mingled with many people and could be vulnerable even though he always wore his face mask, but he has been certified negative 15 times.”

“Yes he is abroad. Not in France, but in London resting. So you can see the falsity in that information you talked about. Thank you.”

Former Aviation Minister, Femi Fani-Kayode in a post on Twitter later claimed that Tinubu was receiving treatment in a hospital located in Paris, France.

While adding that it is not a crime for anyone to fall ill, Fani-Kayode prayed that God should grant him a speedy recovery. 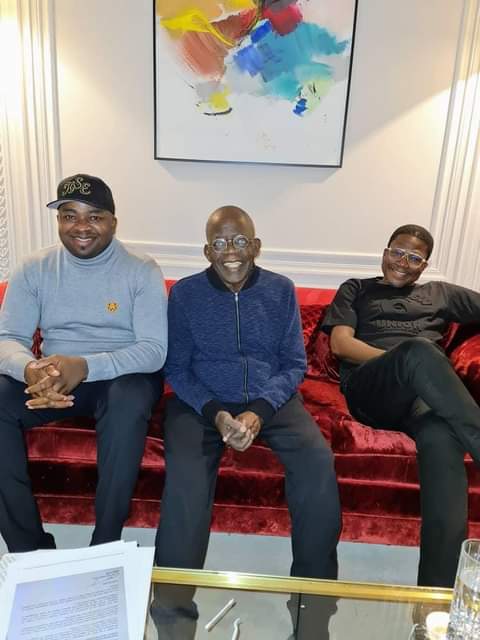 Tinubu with Elegushi and Muri Okunola in France 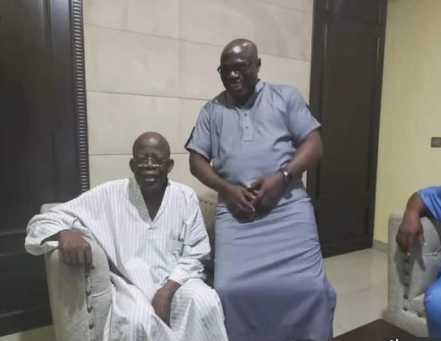 Speaking on his visit to Tinubu, Adebisi popularly known as “Olopoeyan”, told OYOINSIGHT.COM that his meeting with Tinubu was out of love for the former Lagos governor.

”I remember that late former governor Abiola Ajimobi extended similar gesture to me in 2012. Thank God Alhaji Fatai Ibikunle, who was late Ajimobi’s political adviser as at then is still alive. He was at the meeting. Former governor Abiola Ajimobi asked me to come over to the APC and that he would give me more than what his predecessor, Otunba Adebayo Alao-Akala was doing for me. I rejected it respectfully. And we related till he died last year. That is me.

“It is true that I met Asiwaju. I am happy I know him. I am happy I met someone I love. I love him personally without anything attacked. But I am in PDP. I have not joined APC.”