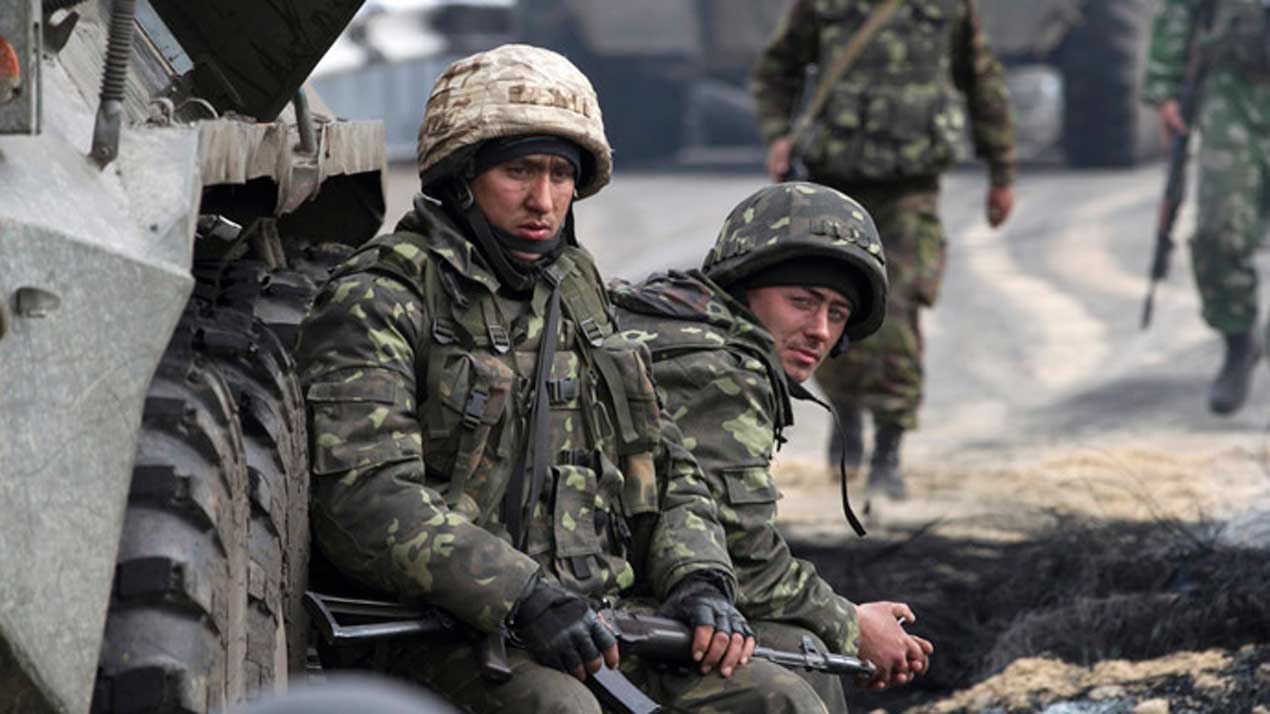 Three Ukrainian soldiers were killed in a mine explosion in the war-torn east of the country Sunday, Kiev said, as an uptick in violence tested last year’s ceasefire.

They were killed when an explosive device went off near the village of Novoluganske some 50 kilometres (30 miles) northeast of the main separatist stronghold Donetsk, the military said in a statement.

The latest casualties came after two Ukrainian soldiers were killed in clashes with Russian-backed separatists on Friday, testing last year’s ceasefire that had brought relative calm to the simmering conflict.

During a visit to the frontline on Thursday Ukrainian President Volodymyr Zelensky said that separatist attacks had increased recently.

“We understand that in general, it’s only our side that thinks the ceasefire is necessary,” said Zelensky.

He was accompanied by diplomats from several Western countries.

Ukraine has been fighting separatists backed by Russia in the Donetsk and Lugansk regions in eastern Ukraine since 2014 following Moscow’s annexation of the Crimean peninsula.

Since then, more than 13,000 people have died and nearly 1.5 million have been displaced.

Ukraine and its Western allies accuse Russia of sending troops and arms to support the separatists, claims Moscow denies.

The war was at the centre of a diplomatic spat at the United Nations last week when Western countries claimed that Russia was blocking efforts to end the fighting.

No Support From FG On Rescue Of Kagara Students, Gov Bello Laments – Newspot