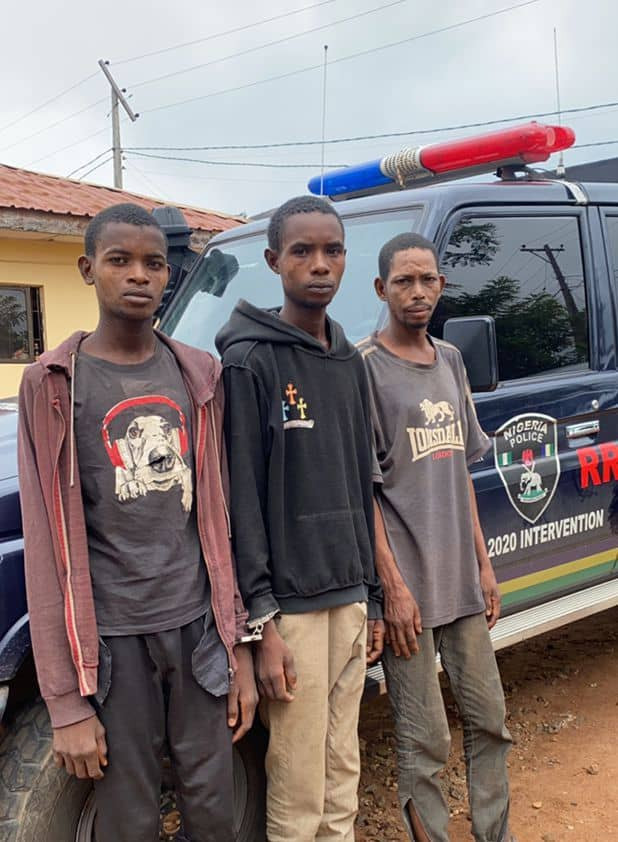 The Ekiti State Police Command has arrested three suspected members of a kidnap gang that has been allegedly terrorising the state.

Spokesperson of the command, DSP Sunday Abutu, who disclosed this in a statement on Monday, July 11, said the suspects were arrested inside a deep forest by operatives of the Rapid Response Squad in collaboration with local vigilates.

“As part of the deliberate effort of the Command to get the State rid of kidnappers and other criminal elements, the operatives of the Rapid Response Squad, in collaboration with the vigilantes, trailed and arrested three(3) suspected kidnappers inside a deep forest in Ijan-Ekiti,” the statement read.

“The arrested suspects – Abdullahi Musa, 38, Abdullahi Ali, 25, and Abdullahi Suleiman, 19, during interrogation, confessed to have been engaged in series of kidnapping operations in Ekiti State including two kidnapping incidents in Ikere-Ekiti.

“The suspects further disclosed their syndicate comprises seven(7) men with four others currently at large. Effort is ongoing for the possible arrest of the fleeing suspects.”