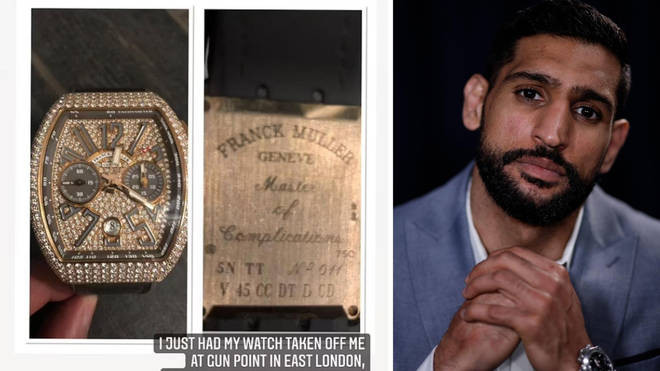 Three people are due to appear in court after being charged for allegedly robbing former boxing world champion Amir Khan at gunpoint.

In a statement, the Metropolitan Police said Ahmed Bana, 25, Nurul Amin, 24, and Dante Campbell, 20, have been charged over the incident in Leyton, east London, in April.

All three are due to appear at Thames Magistrates’ Court later.

Campbell has also been charged with possessing an imitation firearm with intent to cause fear of violence, and possession of ammunition for a firearm without a certificate.

Former boxing champion Khan, 35, was with his wife Faryal on High Road in Leyton at around 9.15pm on April 18 when he was allegedly approached by some men who threatened him with a gun before stealing his £70,000 watch. 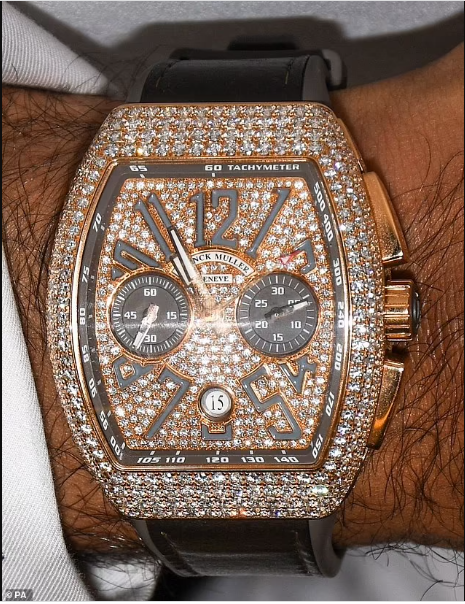 Hours before the incident, Khan was pictured with a fan while shopping in Oxford Street wearing his flashy watch, which is worth around £72,000 and is studded with 719 diamonds. 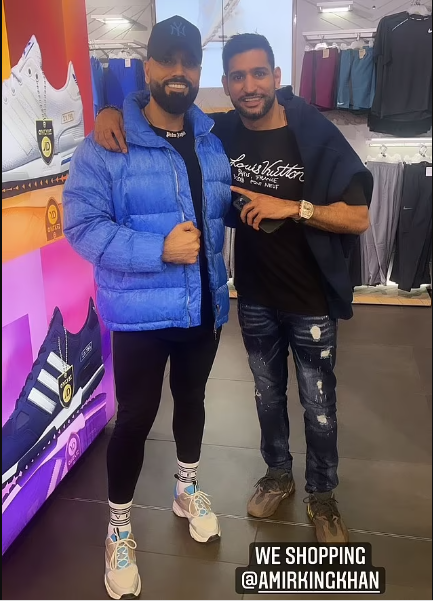 An eyewitness told The Sun that Khan was visibly shaken by the ordeal, adding: ‘They were not hanging around. They got straight into the car and fled.

‘Amir had enjoyed a lovely evening with his wife and had been shopping earlier in the day. It raises real fears he was a deliberate target. It’s extremely serious. He was left absolutely terrified.’

Khan and Makhdoom, who got married in 2013 in New York, have three children, Lamisah, Muhammad and Alayna.

At the time Khan posted on Twitter: ‘Just had my watch taken off me at gun point in East London, Leyton.

‘I crossed the road with Faryal, luckily she was few steps behind me.

‘Two men ran to me, he asked for my watch whilst having a gun pointed in my face. The main thing is we’re both safe.’ 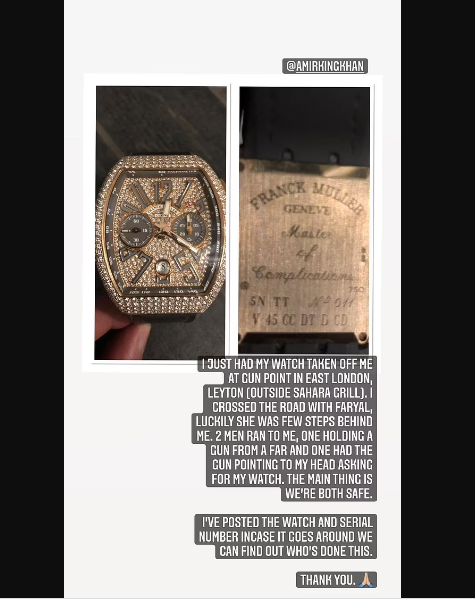 ‘Tackling robbery is a key priority for the Met and these arrests demonstrate our commitment to taking those intent on using violence, or the threat of violence, off of our streets.’

Media personality, Pamilerin raises the bar for men again as he...