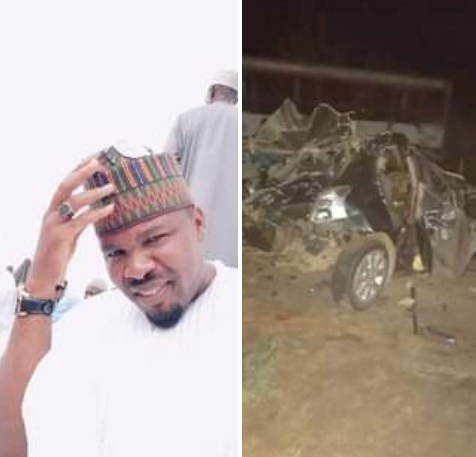 One of the staff

Three staff of Dangote cement company have been killed in multiple motor accident in Kogi State.

Over 50 others were also injured in the accident which occurred around Zariagi Obajana road at about 5:45pm on Thursday, May 26.

A staff of the company who didn’t want his name mentioned identified the victims as Aliyu Sheshi, Victoria, and Beatrice.

According to Nigerian Tribune, the multiple crash involved four vehicles: a truck, a luxurious bus, Toyota and Peugeot 406.

The injured victims are currently receiving treatment at an undisclosed hospital.

The Kogi State Sector Commander, Federal Road Safety Corps, (FRSC) Stephen Dawulung who confirmed the development on Friday May 27, said 48 males and 15 females were involved in the accident.

“The incident led to the death of one male adult and two female adults,” he stated.

“We will keep talking to them. Motorists know what to do but they won’t do it. Many people have lost their lives on that Obajana road due to over speeding just because the road is a little bit good. Sometimes we say roads are not good, that is why people get into accidents,”  Dawulung said.

Meanwhile, friends of Aliyu Sheshi, have taken to Facebook to mourn him. 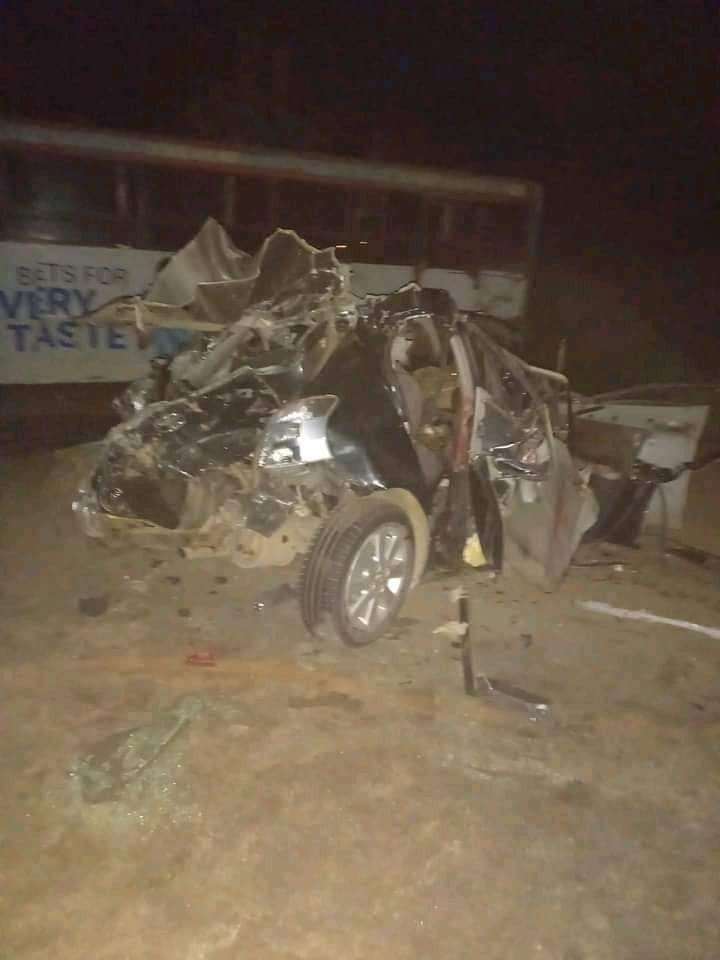 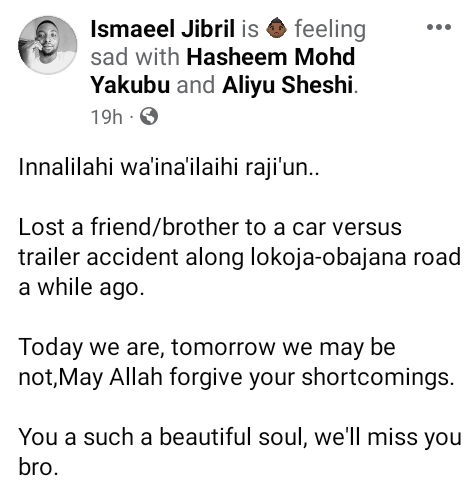 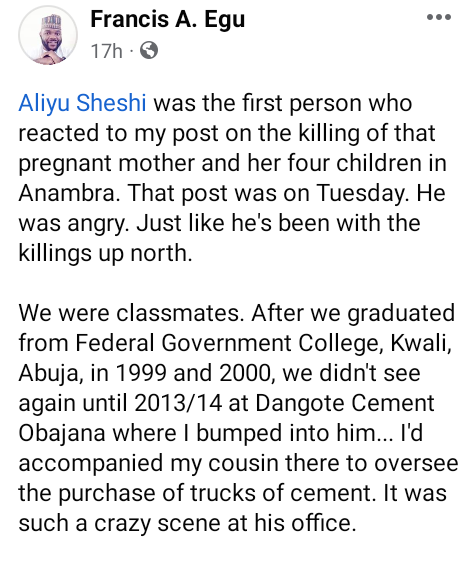 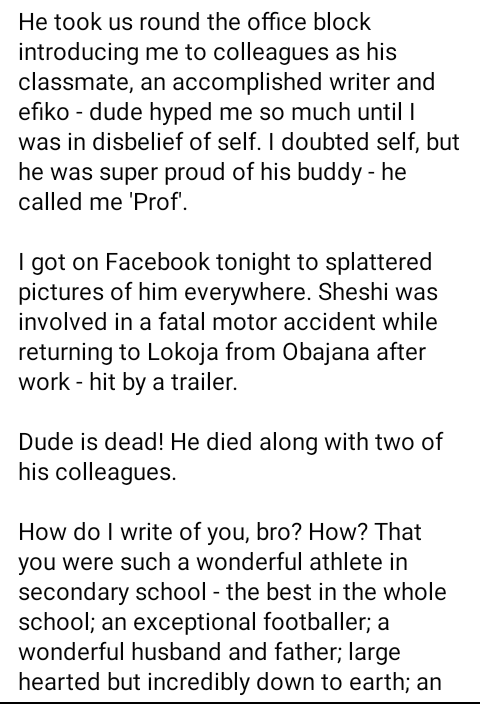 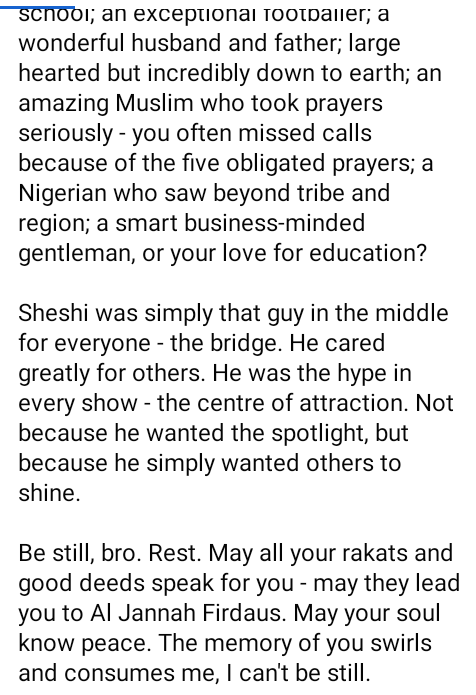