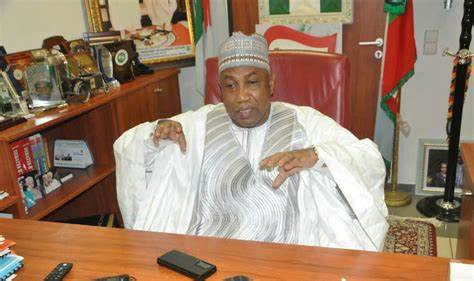 Director-General of the Yemi Osinbajo Campaign Organisation, Senator Kabiru Gaya has said that three aspirants have stepped down for the Vice President in the All Progressives Congress primary holding today June 7.

This came after he told Channels Television that the list of Presidential aspirants in the All Progressives Congress has been trimmed to just two – Vice-President Yemi Osinbajo and former Governor Bola Tinubu of Lagos State.

Gaya, who represents Kano-South senatorial district, failed to identify the three aspirants, only claiming that former Senate President Ken Nnamani who stepped down on Monday June 6, did so in honour of Osinbajo.