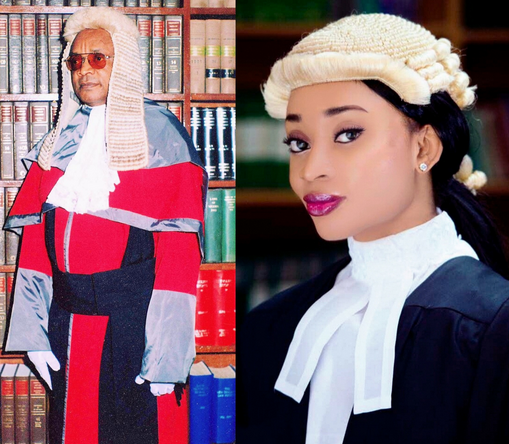 According to the International Human rights Lawyer and Law Lecturer, none of those complaining about the invasion of Mary Odili’s home did so years ago when other law practionioners including her father, were subjected to ”harrasment, victimsation, home bulgary, false accusations and conspiacy to remove from office.”

Cynthia Umezulike added that the Nigerian press suddenly remembers her father was treated ”unfairly and shamelessly include his long-suffering name in all Mary Odili’s press release to objectify and enunciate the narrative of victimised Igbo judicial officers. ”

”A serving Nigerian Supreme Court Judge is allegedly being harassed and the Igbos are suddenly crying wolf. A few years ago, none of these people openly decried the harassment, home burglary, false accusations and conspiracy to remove from office of their numerous colleagues including the longest serving Chief Judge of South- Eastern Nigeria. ”

”Today, the Nigerian press suddenly remembers my father was treated unfairly and shamelessly include his long-suffering name in all Mary Odili’s press release to objectify and enunciate the narrative of victimised Igbo judicial officers.

”Please, I am yet to heal from the evil travails he unjustly suffered and constantly dragging up the name of the dead is deepening that wound. I respectfully ask that his name be excluded from this narrative and be removed from any further press releases. Hon. Justice Innocent Azubike Umezulike OFR FCIARB FIIAN (as he then was) has gone to rest – let him be.” 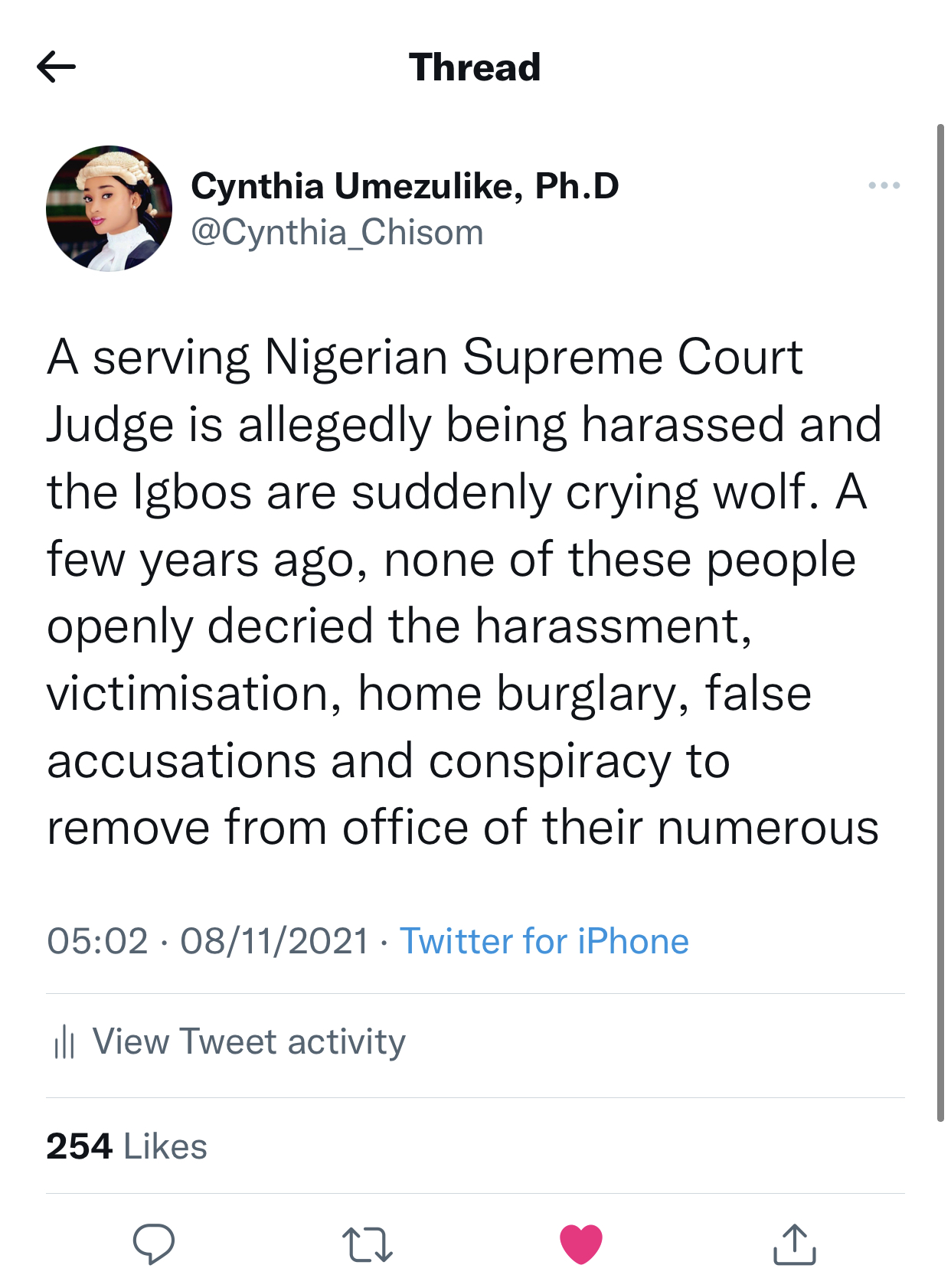 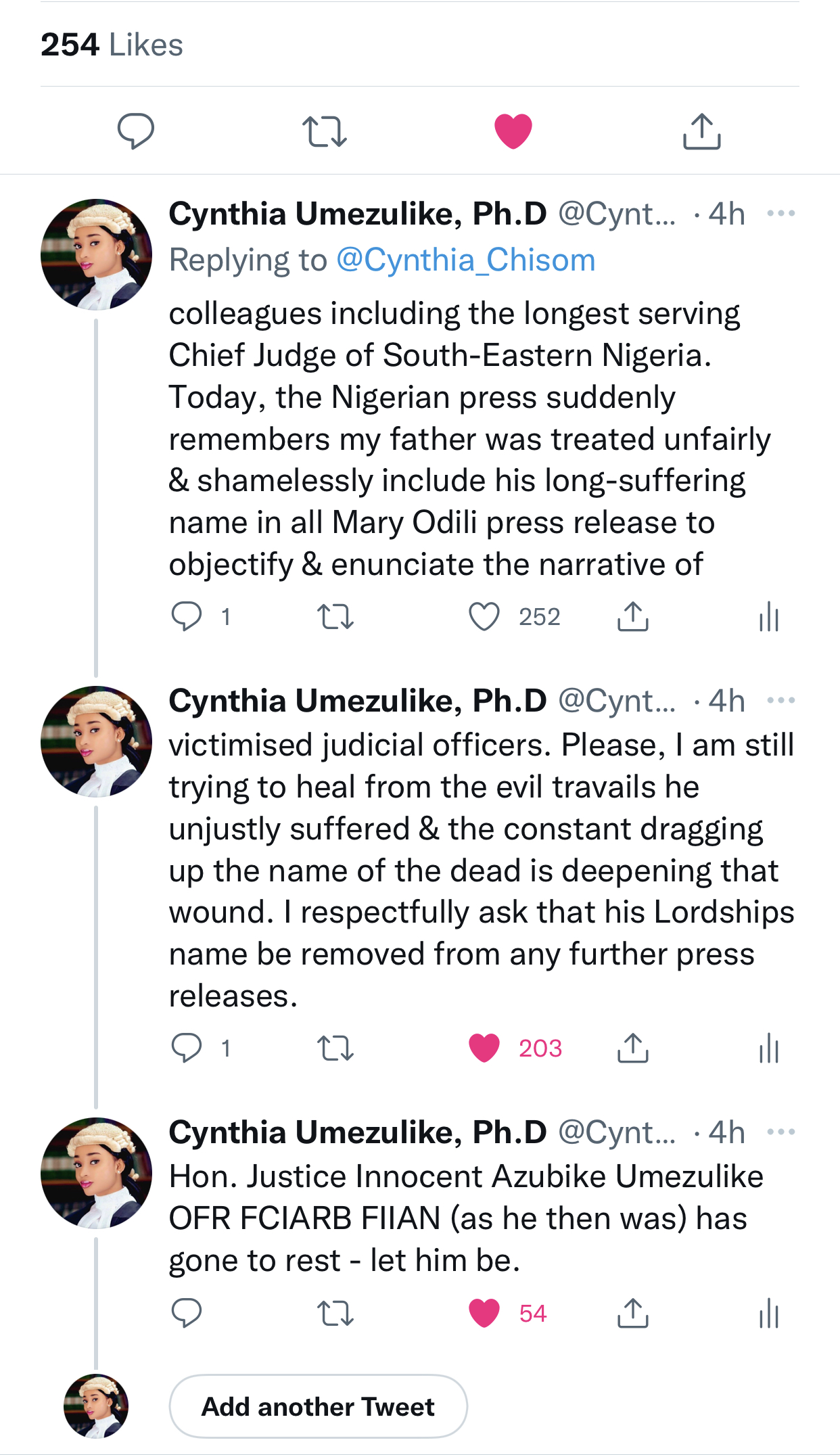