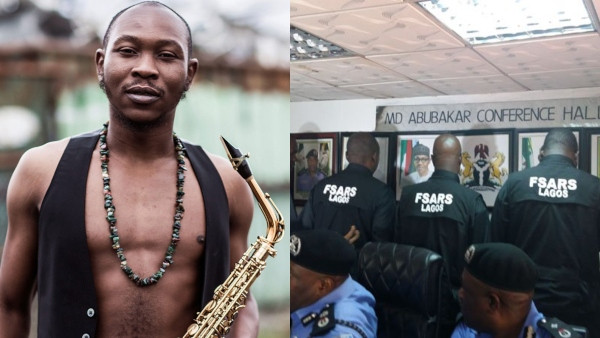 Nigerian singer, Seun Kuti has shared his thoughts about the #EndSARS campaign which has regained prominence in the last few weeks.

Speaking in an Instalive video, Seun Kuti stated that some rich Nigerians and celebrities at the forefront of the campaign all have policemen they use to oppress fellow citizens. He further stressed that the Nigerian army and police were created to kill black people and protect Western interest and nothing has been done to change that.

Recounting how Niger-Delta activist Isaac Boro was killed by soldiers acting on orders of a foreign company, the singer stated that the oppressed has to fight to regain his freedom.

Seun Kuti also disclosed that his late father, Fela Kuti lost a house and his mother while fighting the “oppressor”. He further advised Nigerians not to sit back and watch security operatives, humiliate their fellow citizens.

End SARS: Buhari is not the problem – Father Mbaka breaks...

End SARS protests: We are not responsible for power cut at...