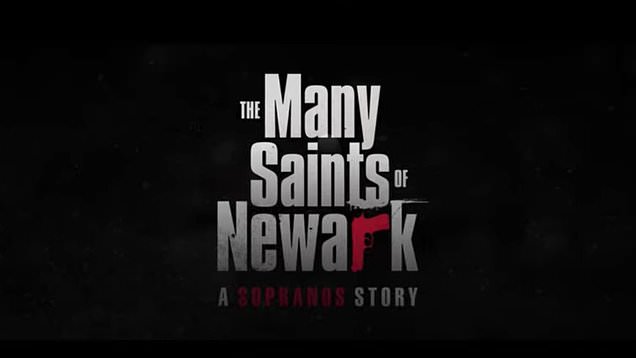 The long-awaited trailer for The Many Saints of Newark has been released, showing a young Tony Soprano rising through the ranks of the New Jersey underworld – and it’s safe to say fans are pumped.

It’s been 14 years since the acclaimed series was on our screens and the new film will tell the story of the notorious gangster’s rise to power.

The movie has been pushed back a number of times due to the pandemic, and fans are ecstatic to see the first-look clip.

‘When I was a kid, guys like me were brought up to follow codes,’ the trailer begins, with late actor James Gandolfini’s voice being heard.

It also shows us the character’s high IQ score, but shows his grades suffering in school. From them on, though, he gets more and more ingrained into the mob way of life.

The new clip begins with the words ‘legends aren’t born, they’re made’, bringing fans a sense of what to expect from the upcoming feature.

Michael Gandolfini, the son of the late actor James who played the same character in the hit series, leads the cast.

The much-delayed project has been a long time coming for fans after being pushed back during the pandemic, and they wasted no time showing their excitement.

Another said they had ‘goosebumps’, while another added: ‘Chills! Absolute chills! Hearing Jimmy’s voice in character again! The casting looks absolutely on point! My heart! Is it October 1 yet?’

The official synopsis reads: ‘Young Anthony Soprano is growing up in one of the most tumultuous eras in Newark’s history, becoming a man just as rival gangsters begin to rise up and challenge the all-powerful DiMeo crime family’s hold over the increasingly race-torn city.

Caught up in the changing times is the uncle he idolizes, Dickie Moltisanti, who struggles to manage both his professional and personal responsibilities — and whose influence over his impressionable nephew will help make the teenager into the all-powerful mob boss we’ll later come to know: Tony Soprano.’

The film is written by Sopranos creator David Chase.

The Many Saints of Newark is released in cinemas on October 1.


MORE : Chris Rock turned down offers to star in The Sopranos over fears he’d ‘spoil it’

#BBNaija: My Husband Permits Me To Do This… With Male Housemates – Tega

Arese Ugwu’s “The Smart Money Woman” is Coming to Netflix