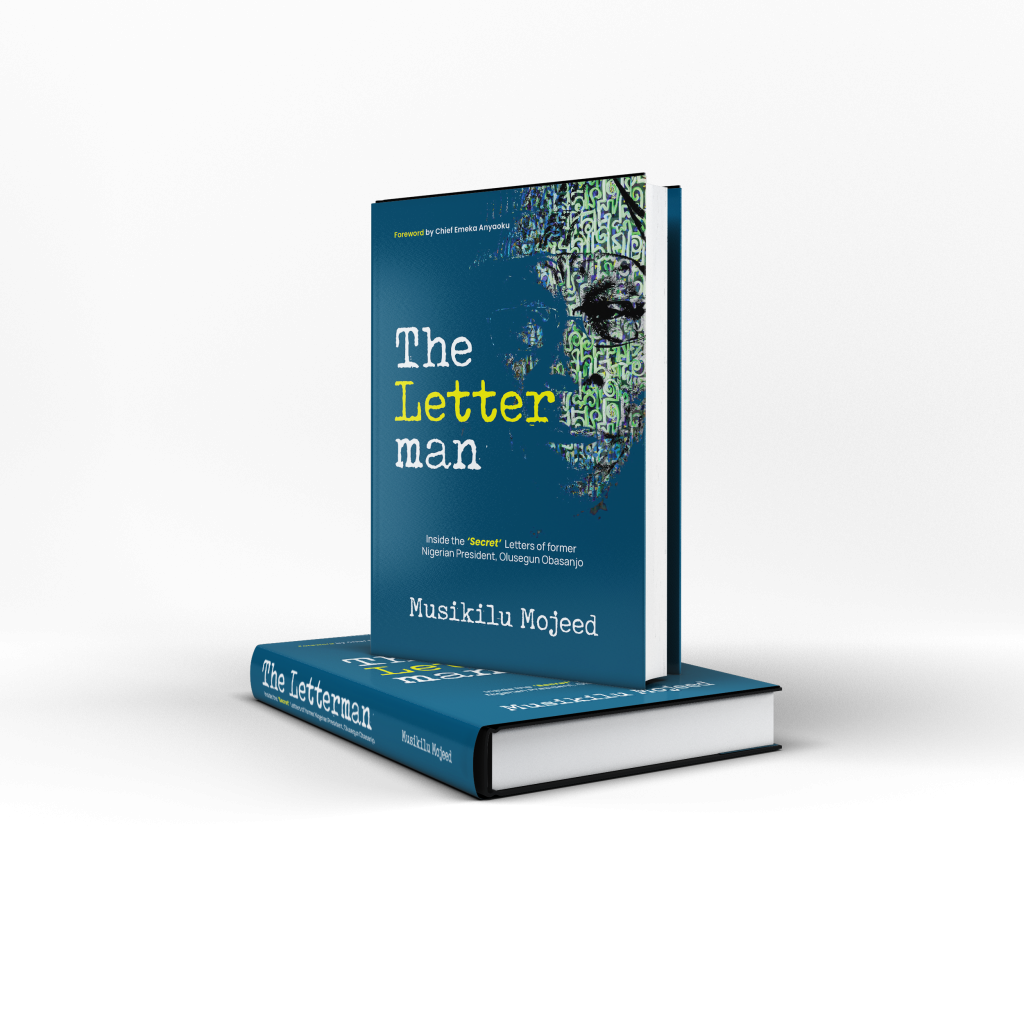 Former President Goodluck Jonathan and other top dignitaries are expected to be guests at the public presentation of The Letterman a book on the ‘secret’ letters of ex-President Olusegun Obasanjo in Abuja the Federal capital of Nigeria.

The book, written by the Editor-in-Chief of Premium Times, Musikilu Mojeed, will be unveiled at Bolton White Apartments in the Wuse Zone 7 District of Abuja.

Top political, business and government functionaries are expected at the event. A Senior Advocate of Nigeria (SAN) and Chairman of the Governing Council of Osun State University, Yusuf Ali, is the Chairman of the occasion.

The Catholic Archbishop of Sokoto Diocese, Matthew Hassan Kukah (book reviewer) and a former Chairman of the Federal Inland Revenue Service (FIRS), Ifueko Omoigui Okauru (who is listed as chief presenter) are also expected at the occasion.

Some of the other dignitaries who have confirmed attendance at the event are a former Governor of Ekiti State, Kayode Fayemi; Kogi State Governor, Yahaya Bello; Senator Adelere Oriolowo, former Senator Babafemi Ojudu, a former Minister of Transportation, Rotimi Amaechi; Director General of the Nigeria Governors’ Forum, Asishana Okauru, and a former Chairman of the Economic and Financial Crimes Commission, Nuhu Ribadu.

The Letterman: Inside the ‘Secret’ Letters of former Nigerian President, Olusegun Obasanjo, has been described by those who have read it as a trail-blazing literary work.

The book brings to the front burner the place of letter writing in leadership, governance and politics. President Obasanjo seems a perfect pick for this genre of work having demonstrated a consistent penchant for using letters to speak candidly to subordinates, superiors, associates and foreign personalities, not minding the accolades or invectives such letters might generate.

Meanwhile, many respected personalities have poured encomiums on The Letterman as a pacesetting literary work in the country.

Among those who have commended the work are a former Secretary General of the Commonwealth, Emeka Anyaoku; Bishop Kukah, Omoigui Okauru, Toyin Falola, renowned professor and the Frances and Sanger Mossiker Chair in the Humanities at the University of Texas at Austin; Dan Agbese, respected columnist and writer, who was also the editor-in-chief and co-founder of Newswatch, a foremost and trail-blazing investigative magazine; and Kadaria Ahmed, founder/CEO at Radio Now 95.3FM Lagos, television host, and former editor of NEXT newspaper.

The Letterman, a 492-page, 25-chapter narrative non-fiction, curates some of the most significant and historical letters written and received by former President Obasanjo, which compellingly tell the story of his life, as defined by and defining of the story of his country, Nigeria and the larger African continent. A number of these letters, written to dignitaries in Nigeria and around the world, have never been publicly seen.

In the words of Bishop Matthew Hassan Kukah, Bishop of the Catholic Diocese of Sokoto, Nigeria:
“In the book, The Letterman, Musikilu Mojeed introduces a new genre in Presidential history and record-keeping. No single Nigerian has captured and traversed the memories of Nigerians like President Obasanjo. Straddling generations, famous for his role in the civil war through accepting the instruments of surrender of the Biafran army, noted for having the longest period of service as Nigeria’s Head of State and President, complex, forceful or brash, he stands out as the only person to have put down almost his every thought in writing.

“The Letterman takes the reader through President Obasanjo’s complex, intricate, even serpentine mind, captured by the contents of his no-hold-barred letters. The author has offered readers a precious piece of recorded history that will stand the test of time and occupy a special place in Nigeria’s rather barren shelves of presidential writing.”

NEWSPOT DAILY TONIC: It’s Sometimes so Tempting to Keep your Eyes on the Past. By Bishop Duke Akamisoko