Home National The industry would open up for the likes of Reejay says Pr...
Facebook
Twitter
WhatsApp
Telegram
Email
Advertisement 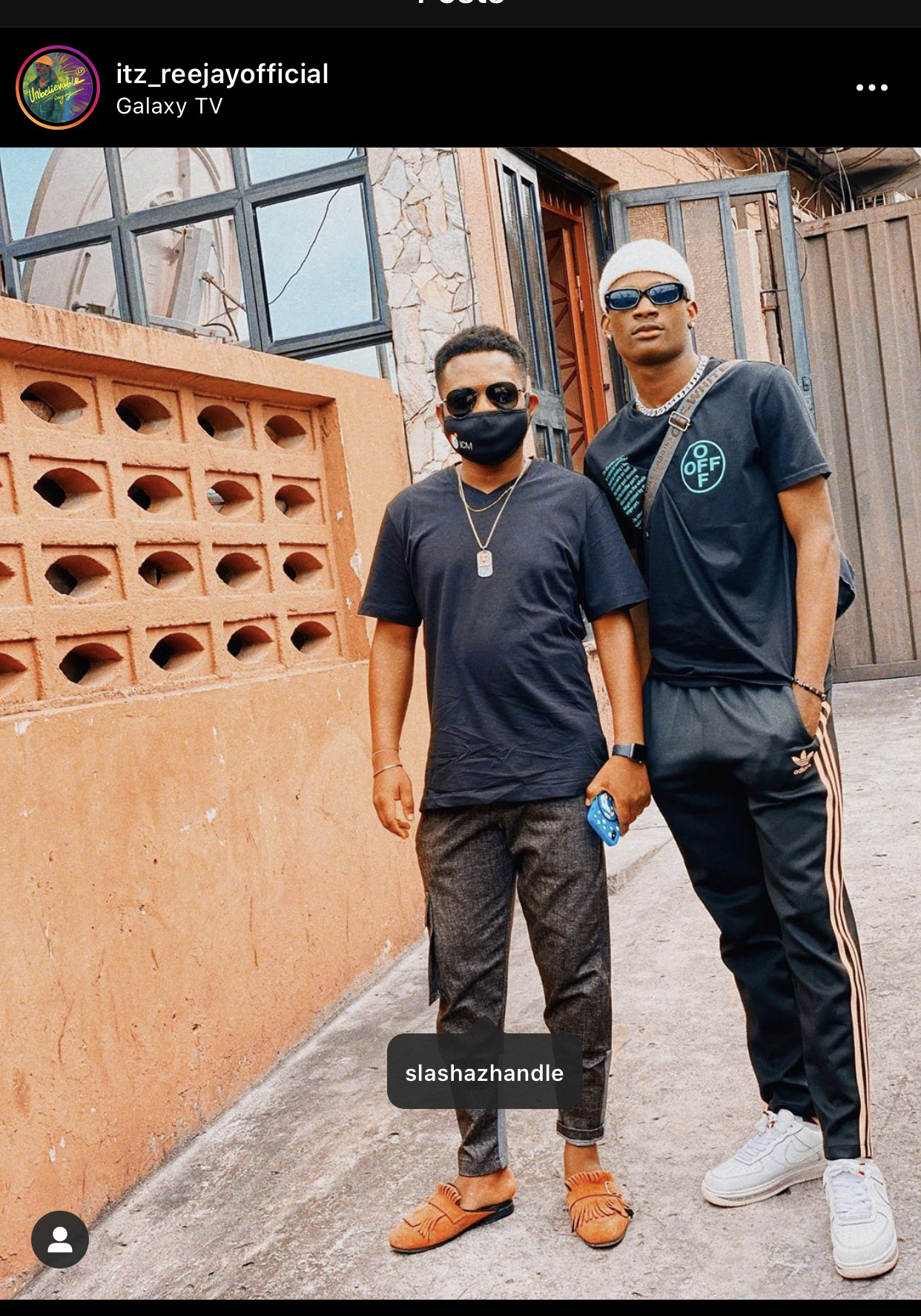 In a series of tweets, @slashazhandle on twitter made comments about the structure of the entertainment and music industry towards opening up for upcoming acts. He made mention of fast rising act Reejay who just released visuals to his song “Kpayan” directed and co directed by Abula and Taaoma respectively. 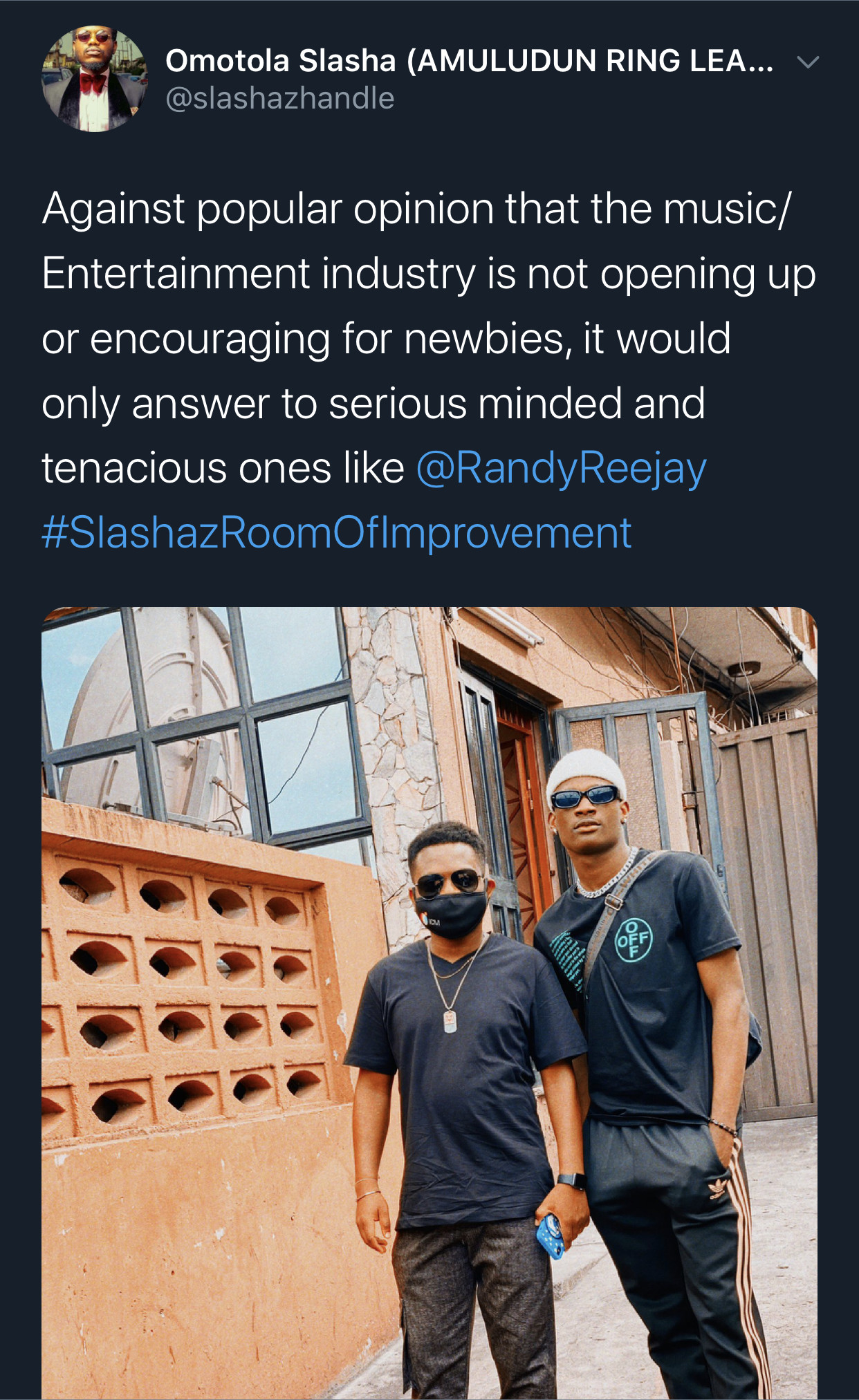 Slasha who has worked and been seen with some key players within the industry highlighted that without hard work and networking, even with talent a lot of people won’t be heard or seen. 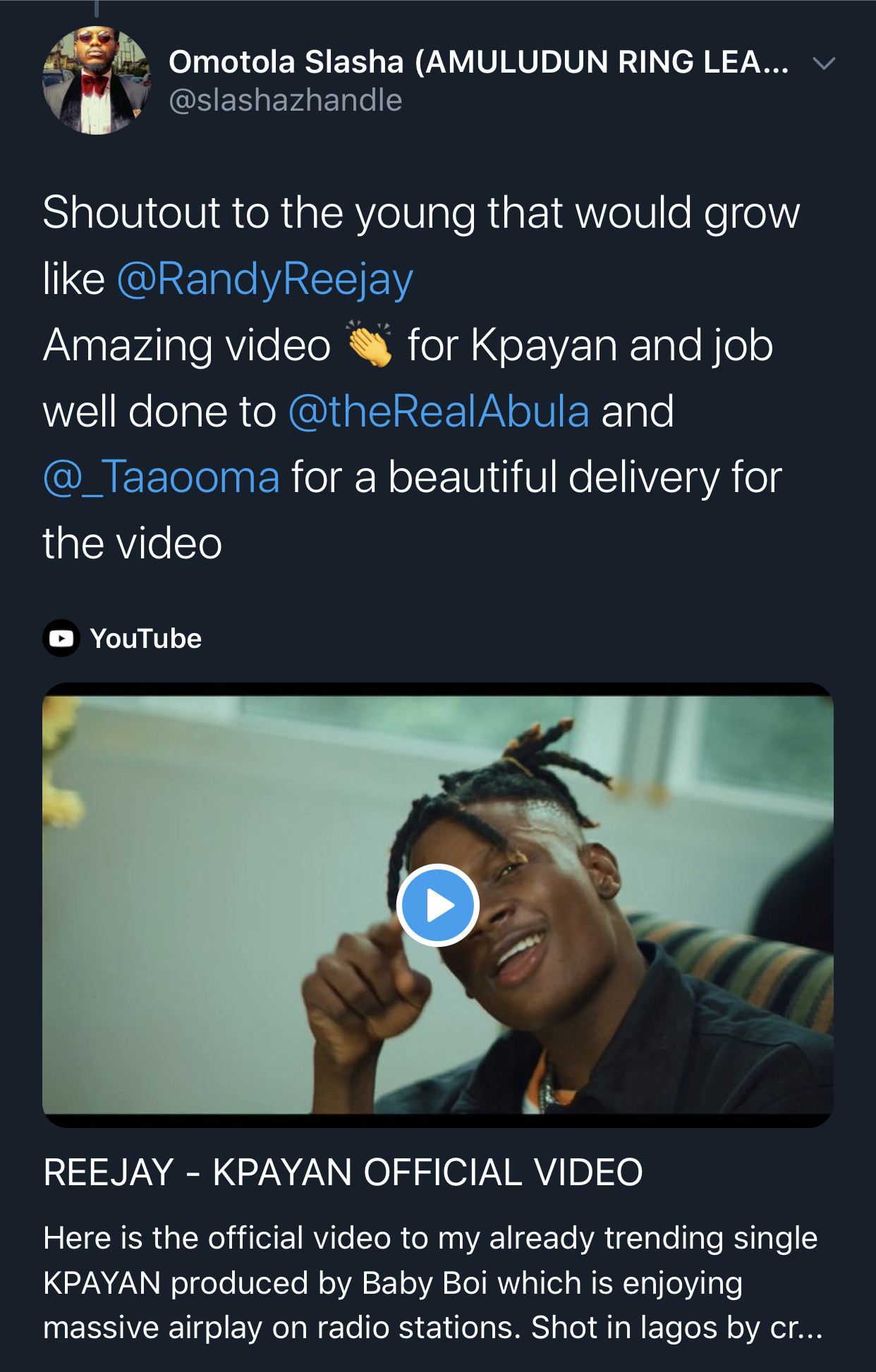 Check out Reejay’s Kpayan video here and tell us what you think.