The personal finances of American rapper and fashion designer, Kanye Omari West has been estimated to have a net worth of over $5 billion. 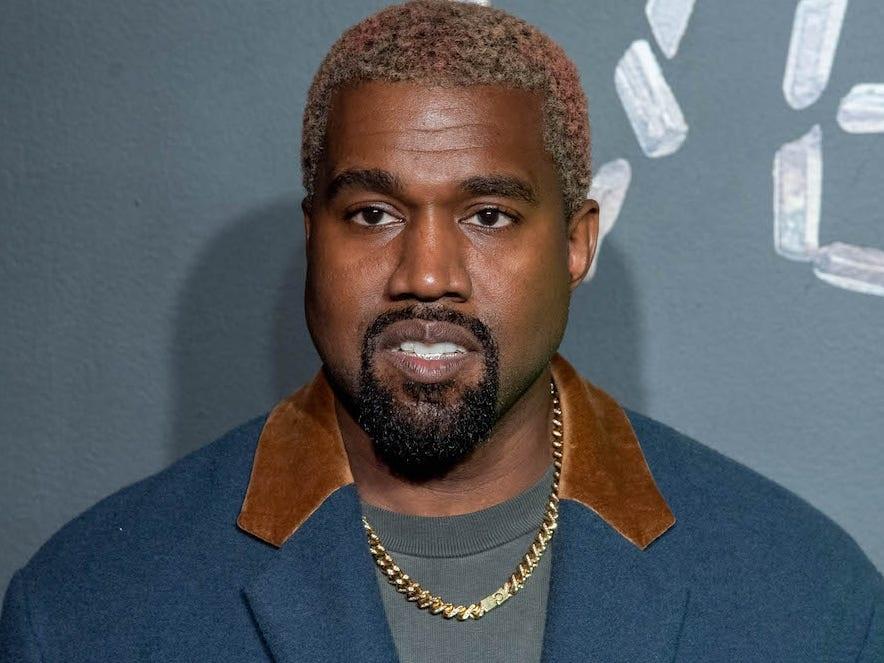 The rapper who has a fashion collaboration between the German sportswear company Adidas – Yeezy – made the announcement via his official Twitter page while recounting how he was once in debt of about $53 million.

Kanye in a tweet about his net worth wrote, “Thank you, Jesus. I know I fall short, but I repent. I am fully in service to our Lord and Savior Jesus Christ. We are building schools of the future. Thank God for providing the increase.” 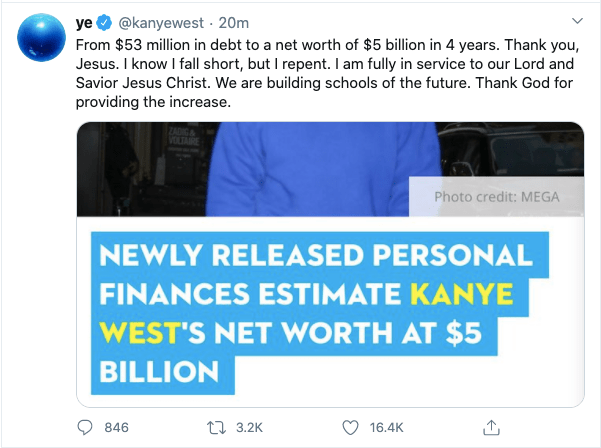 This is coming after Business Insider revealed on Monday that the businessman disclosed his financial assets and liabilities as part of his candidature for the presidential elections.

In the documents obtained by the outlet, the rapper owns the following:

However, Kanye West revealed in the document that he has up to $100 million of debt, mostly from mortgages.