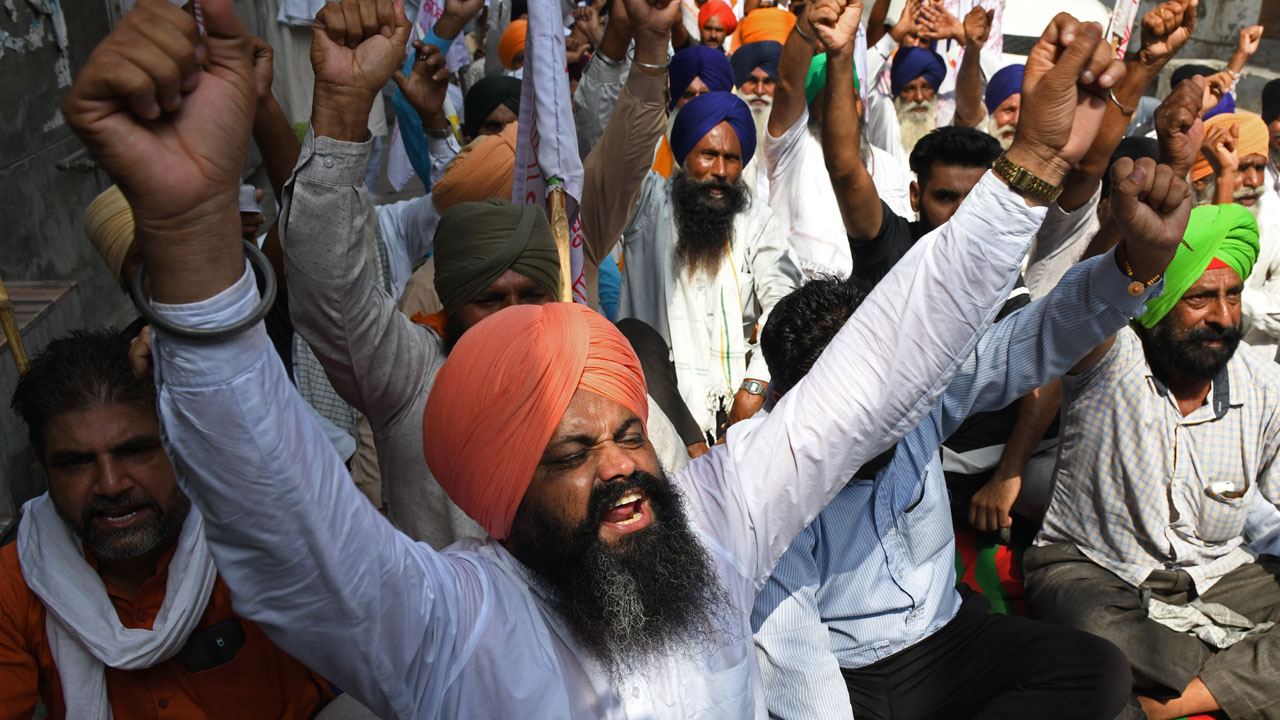 Farmers shout slogans during a protest in Amritsar on October 4, 2021, a day after clashes involving farmers who were protesting against the agricultural reforms at Lakhimpur in Uttar Pradesh in which at least nine people were killed. (Photo by Narinder NANU / AFP)

Demonstrators torched a police vehicle in India on Monday as tensions boiled over after clashes involving protesting farmers killed at least nine people.

The incident on Sunday in Uttar Pradesh state was the deadliest in more than a year of protests by farmers in northern India against new agricultural reforms.

Farmers said that a convoy belonging to a government minister, his son and the state’s deputy chief minister ran over and killed four people at a demonstration.

The minister said later that a driver lost control of his vehicle after being pelted by demonstrators.

Angry protesters set fire to several cars and at least five more people, four of them supporters of the ruling Bharatiya Janata Party (BJP), were killed.

On Monday, the protesters kept the bodies of the four dead farmers in glass cases for display around the protest site.

Police banned gatherings, cut off mobile internet services, sent extra forces and detained several opposition figures on their way to the scene including Priyanka Gandhi from the Congress party.

Dozens of opposition supporters staged a protest in the city and set fire to at least one police vehicle, television pictures showed.

Agriculture has long been a political minefield and employs some two-thirds of India’s 1.3 billion population.

Farmers, many of whom have camped outside New Delhi for over a year, fear the changes will leave them at the mercy of big corporations.