A 400-level student of Fountain University, Osogbo, Hadiza Salami has been declared missing.

Miss Salami, according to information obtained by Newspot, reportedly alighted at Igbona, Osun State from the vehicle she boarded from Abuja.

She had departed Abuja on Friday, July 22, 2022, to meet up with school resumption and the driver had informed her mother that she arrived in Osogbo safely.

Efforts to find her are already ongoing as the case has been reported to the Police. 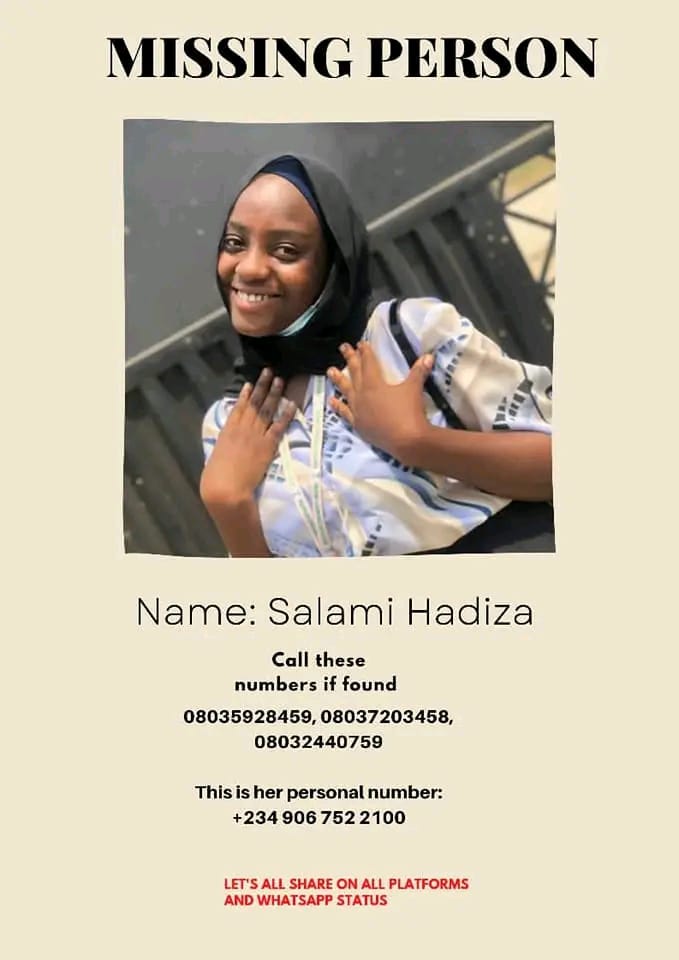 According to Opalola, the driver had made sure she alighted at Igbona before driving away.

“Hadiza’s mother called the driver to inform him that her daughter had not been seen in school and she did not get to school.

“Hadiza’s number after several calls put forward to it was being forwarded and her course mates also confirmed that she was not seen around school.

“I have asked that the photo and details of the missing girl be made available to my office so we can forward same to all media houses for notification,” the police spokesman said.

She also revealed that operatives have made efforts to track her phone.

Meanwhile, members of the public have been called upon to report any trace of the missing student to the nearest police station or contact; 08142187452.