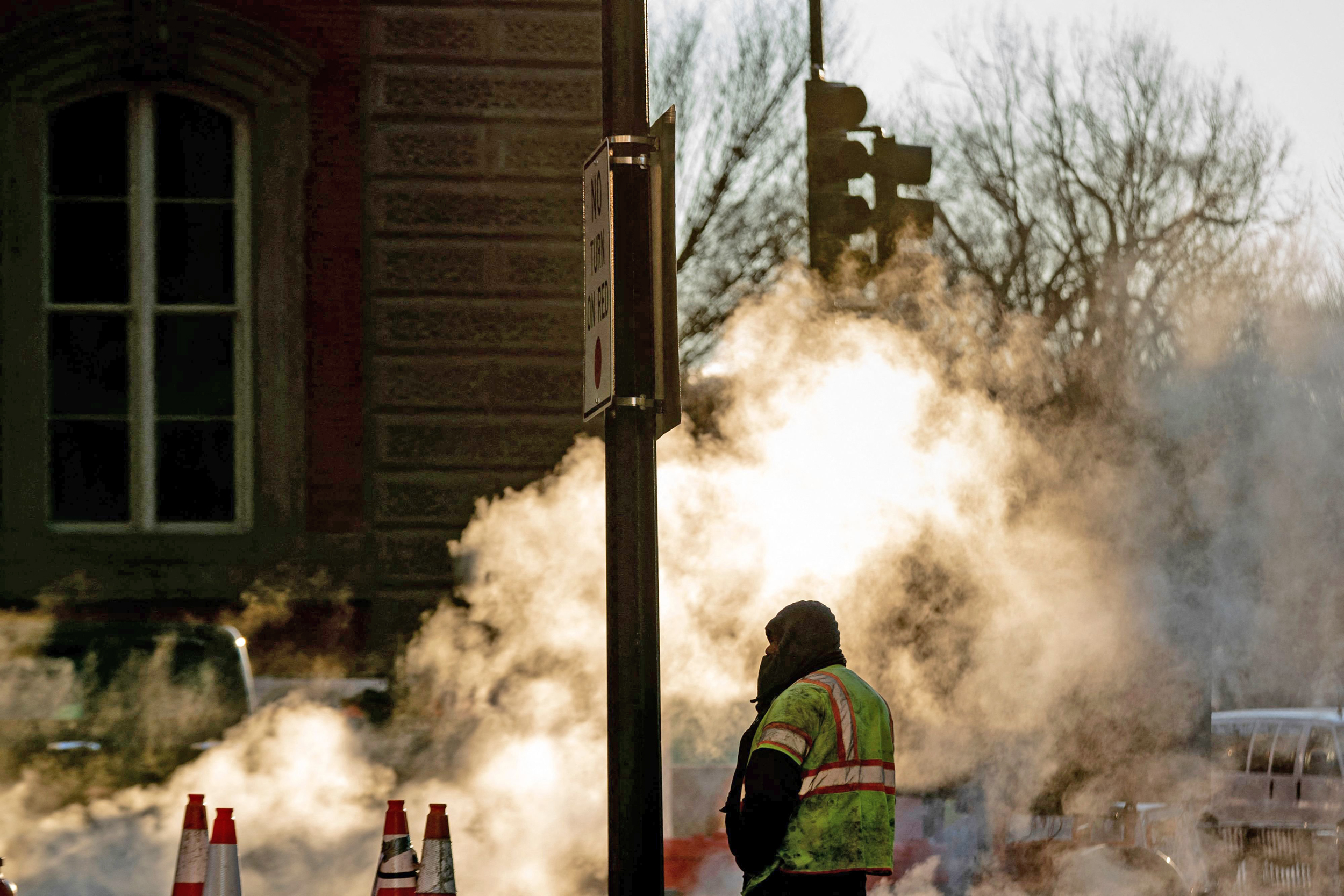 Meteorologists continued to pore over all available forecast model data Thursday morning to be able to provide more details about the expected timing and effects of a weekend winter storm heading for the East Coast.

Less than two days before the start of the storm, local National Weather Service offices put up winter storm watches to begin outlining what to expect.

The suite of forecast models were still not in agreement about the track of the storm, leading to a still wide range of expected snowfall totals. The uncertainty around snowfall totals was especially high for cities like Philadelphia and New York.

The National Weather Service office in New York mentioned the possibility of 6 to 12 inches of snow across its forecast area from Friday night to Saturday evening.

Because of the low confidence in expected snow totals, however, forecasters took care to provide this clear and concise language: “There continues to be greater than usual forecast uncertainty with the track of this storm, and the axis of heaviest snowfall may shift in subsequent forecast updates.”

The impact will be highest Saturday, with heavy snow and strong winds expected, especially for locations from eastern Long Island, New York, up through coastal New England.

According to the latest forecast, snow is most likely to end by early afternoon from Philadelphia to New York and around midnight in Boston. All snow will be off Maine by early Sunday.

Areas most likely to experience significant and high-impact snow events included eastern Long Island up through southern New England (including Cape Cod, Massachusetts) to Maine. They are the regions most likely to get a foot of snow or more and the highest wind gusts leading to potential blizzard conditions.

The National Weather Service in Boston outlined the potential for total snow accumulations of 8 to 17 inches and winds that could gust up to 60 mph, especially on Cape Cod.

As forecast models continued to converge, meteorologists stressed that snow forecasts still had low confidence as of Thursday morning and that adjustments would be possible. They emphasized monitoring the forecast for subsequent updates.

Forecasters said the zone of highest uncertainty was along the Interstate 95 corridor, especially New York City and points south.

In addition to a nor’easter, the weekend will also feature very cold arctic temperatures that will spill all the way to South Florida.

On Thursday morning, 9 million people were under wind chill advisories across parts of the interior Northeast and New England. Wind chills were as cold as 15 to 30 degrees below zero.

High temperatures were expected to moderate slightly on Thursday and Friday afternoon, but cold weather was expected to continue into the weekend.

The coldest temperatures are expected Sunday morning, when lows across much of Florida will dip into the 30s and wind chills could be in the 20s. Miami was forecast to dip to a low of around 40 degrees, with wind chills in the upper 30s.

If Miami’s low Sunday drops to 39, that will be the coldest day since December 2010.