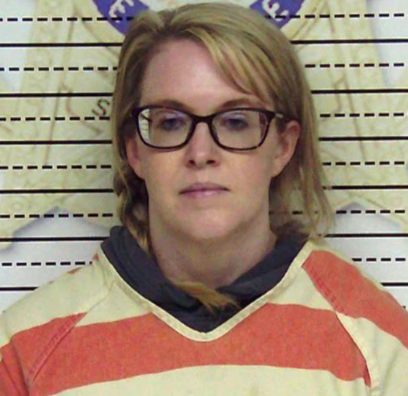 Residents of a Tennessee town are expressing outrage after a woman was indicted for having sex with at least nine local high school students in exchange for vape pens.

Melissa Blair, 38, was arrested on Tuesday, Feb. 15, and charged with 18 counts of statutory rape, four counts of human trafficking by patronizing prostitution, solicitation of a minor, and forfeiture of personal property, WTVC-TV reported.

According to McMinn County Sheriff Joe Guy, there are at least nine confirmed male victims with incidents occurring from spring 2020 to late 2021 from students at McMinn Central High School in the town of Englewood.

Parents told WTVC that Blair reached out to her victims – all of whom were between the ages of 14 and 17 – and offered them items such as vape pens in exchange for sex.

Authorities said they believe there may be more victims.

She is not a teacher or employee for the district but was involved in the school’s booster club. She had a child in the school system that has transferred.

Blair is banned from school property and school activities.

“We are devastated at this point,” a mother of one of the victims, who asked to remain anonymous, told the outlet. “I cannot in words describe what it feels like to be going through what we’re going through right now. It is every emotion that you can imagine. And none of them happy.”

She continued: “People focus mostly on the perpetrator. They don’t realize how it devastates a family. How the families are at home, and we don’t know what to do next. I have no idea how to go forward with this.”

Blair is currently out on a $100,000 bond she made Tuesday night. She is scheduled for an arraignment on Feb. 28.

Englewood resident Christie Teague told the station: “Parents need to talk to their kids to speak up because it’s not right. It’s just really, really not right.

“I would be livid if it happened to my kids.”