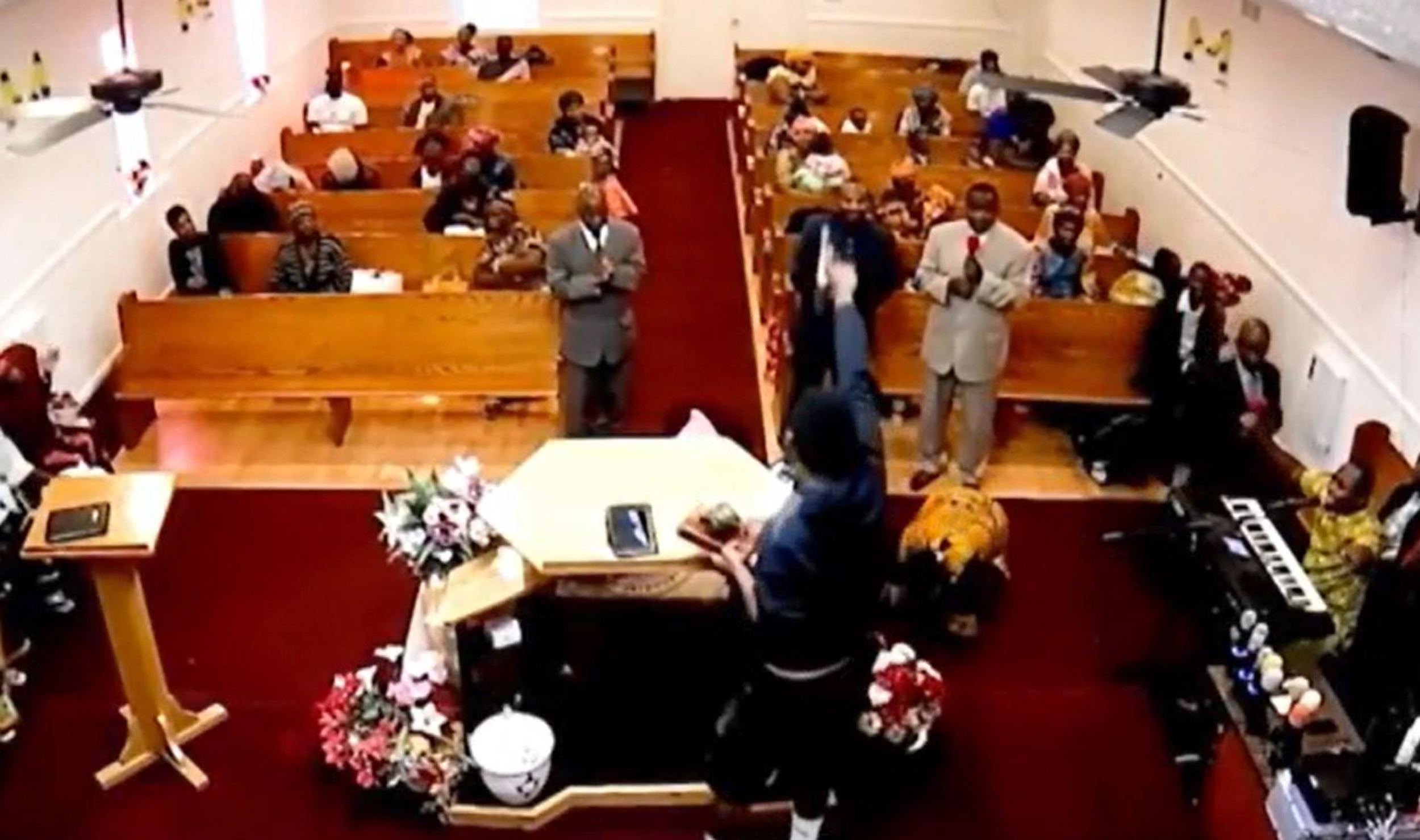 A quick-thinking Tennessee pastor stopped a man who pulled out a gun during a church service Sunday.

Dezire Baganda, 26, was sitting at the front of Sunday’s service at the Nashville Light Mission Pentecostal Church when he suddenly pulled out a gun and walked up to the altar, where the pastor was praying with several members, according to the Metropolitan Nashville Police Department.

He waved the gun around, told everyone to get up and “pointed the handgun at the congregation,” police said.

Harrowing surveillance video from the incident appears to show the suspect wave the gun in his hand facing the worshippers. The pastor tackled the suspect from behind and brought him to the ground, according to the footage.

Some shocked church attendees ran out of the church upon seeing the pastor spring into action. Others helped disarm Baganda before any shots were fired and kept him pinned to the ground until officers arrived to the scene, police said.

Baganda was not a member of the church, but the pastor said he had attended services before, according to police.

Baganda was charged Sunday with 15 counts of felony aggravated assault. Multiple counts are expected to be added this week, police said.

Authorities praised the pastor’s actions as “heroic,” saying he saved the church from further violence.