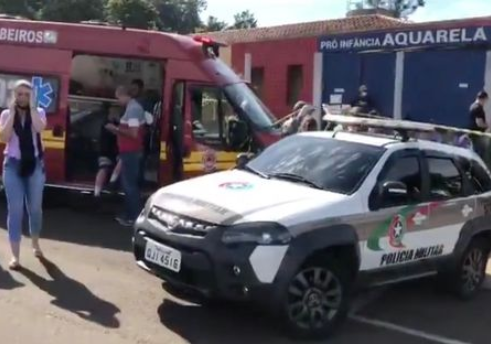 At least three children, a teacher and a school assistant have been killed after a teenager burst into a daycare centre and attacked the people inside with a machete.

Not long after school started on the morning of Tuesday, May 4, the suspect attacked a nursery called Creche Aquarela Berçário, where children between two and six years of age are taught.

The horror incident took place in the city of Saudades, in the West Zone of Santa Catarina, Brazil.

Emergency services rushed to the scene at around 11am on Tuesday. The Fire Department, Military Police and Civil Police all responded to the incident. 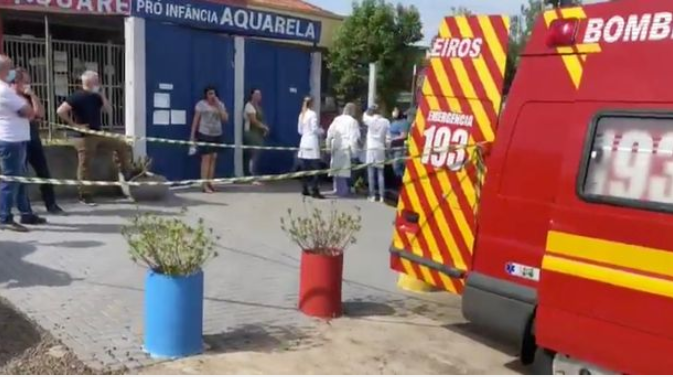 Police said they have apprehended an 18-year-old man following the incident and he was taken to a local hospital in a very serious condition after he reportedly started to hit himself with the weapon after the attack.

One of the victims has been named as Keli Adriane Aniecevski, who had been teaching at the unit for about 10 years.

“She was a cheerful person, always willing, friendly, charismatic always, helping others when she could. So, it is a sadness that I cannot explain, I have no explanation for that,” said the teacher’s cousin Silvane Elfel.

In a statement, the Military Police said: “[We] received several calls informing that a male entered armed with a white weapon (machete), at Creche Aquarela Berçário – municipality of Saudades / SC, several calls asking for help from the police, that the individual was hitting students and teachers.” 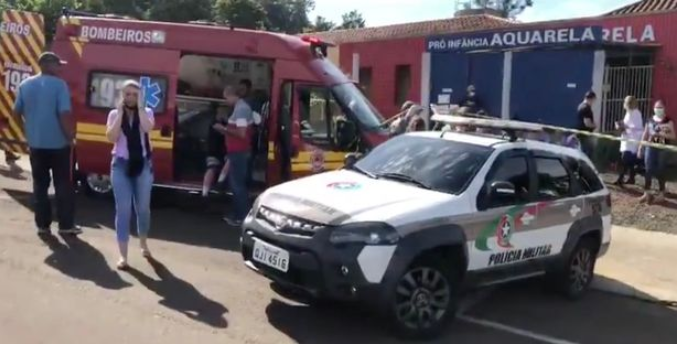 Governor of Santa Catarina, Carlos Moisés, wrote on Twitter: “Devastating news of the slaughter recorded in the municipality of Saudades victimizing children and teachers at a daycare center this Tuesday morning.

“My solidarity with families, the school community and all residents of the welcoming city of our West.

“All the energies of the security forces in the region must be used to clarify this tragic episode.”

Secretary of Education of Saudades, Gisela Hermann said: “”We got there, a scene of terror. I managed to enter the school. I had a face lying on the floor, but still alive, a dead teacher, a dead child too. The room was closed, they wouldn’t let us in.”