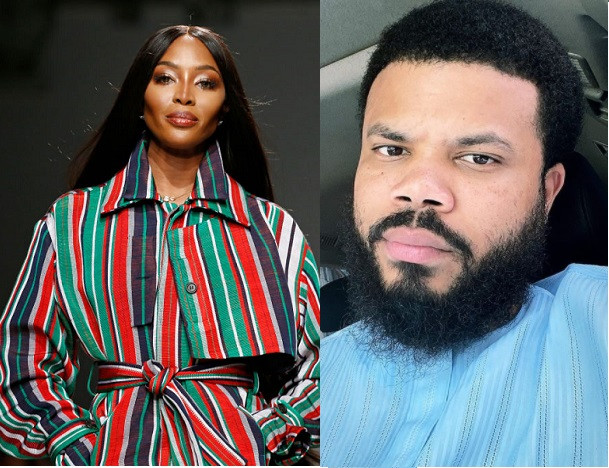 Earlier today, Asa Asika took to Twitter to call out Beyoncé and Naomi Campbell for taking too long to speak up about the #EndSARS campaign until it became bloody.

In his tweet, he described the superstars as “culture vultures,” while noting that both Beyonce and Naomi Campbell would have hurriedly shown concern if it was beneficial to them.

Reacting to the tweet, Noami Campbell said she’s loved the African continent since her first visit in 1993, and will continue to do all she can to extend her support.

See their exchange below. 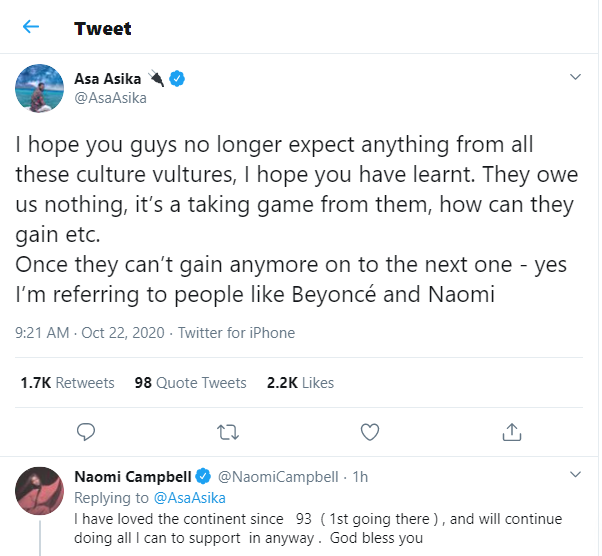