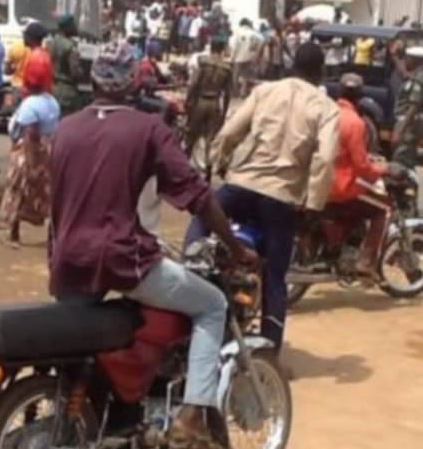 A suspected motorcycle thief was lynched by a mob in Ibadan and his body was abandoned on the street.

The deceased allegedly stole a bike from someone at Arepo and the owner of the bike raised an alarm, attracting the attention of a mob who gathered and pounced on the suspect, beating him to death, Punch reports.

After his death, the body of the suspect was abandoned at the Magboro end of the Lagos-Ibadan Expressway.

The Federal Road Safety Corps said it was a police case as the victim was not killed in an accident, while the state Police Public Relations Officer, Abimbola Oyeyemi, told the publication that he was not aware of the incident.