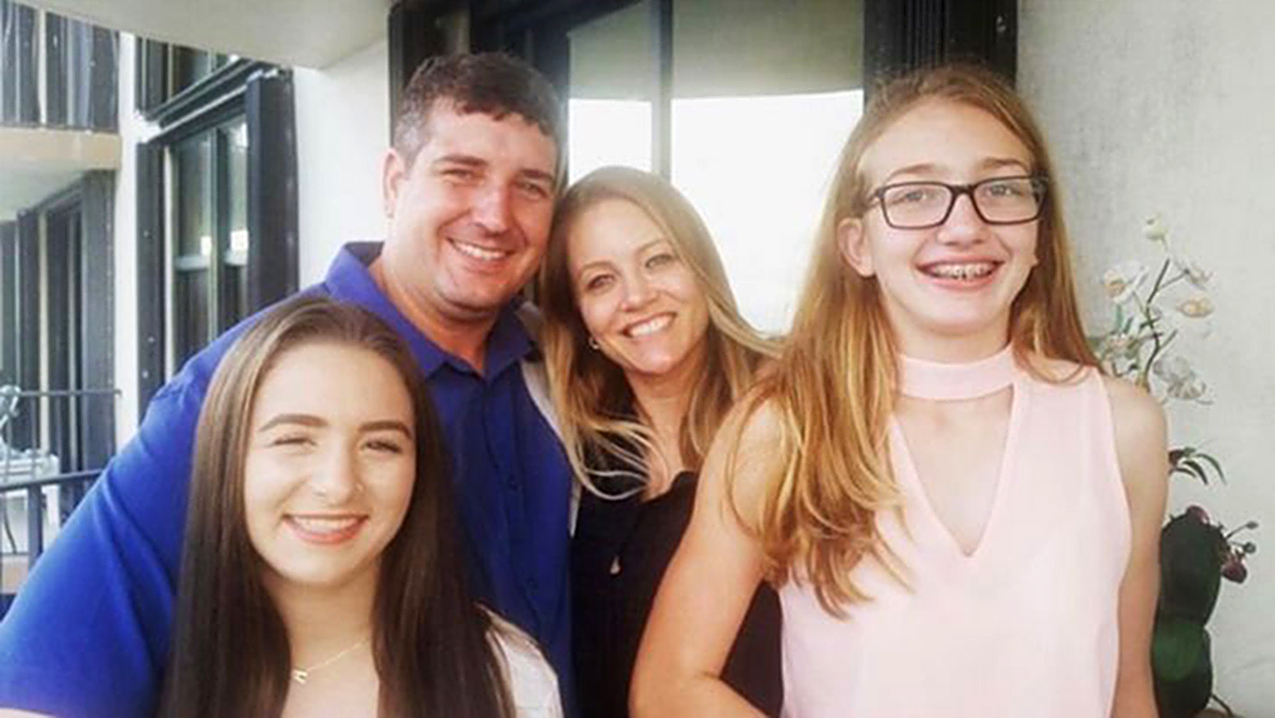 Taylor Gonzalez wasn’t home when half of the Miami-area condo building her family lived in collapsed June 24.

But her mother, sister and father and their two cats and dog were, and she was told no one was going to make it out alive.

“They told me that if they were on that side of the building, there weren’t going to be any survivors,” Taylor Gonzalez said Thursday on NBC’s “TODAY” show.

The family’s condo was on the ninth floor of the 12-story Champlain Towers South in Surfside, Florida. Initially, 150 people were thought to be missing.

“That was a very difficult night,” Taylor Gonzalez said.

But her mother, Angela, and her sister, Deven, did survive.

Angela Gonzalez’s mother, Kathleen Gonzalez, told NBC News in July that paramedics told her “they should not be alive” after what they went through.

Deven, a high school volleyball player, fell with the building and suffered a crushed leg and snapped femur, and a piece of metal pierced her skull. Her recovery could take two years.

Angela Gonzalez, who had a collapsed lung and smashed pelvis, was in a coma for five days, woke up on her birthday to find out her husband, Edgar, was among those unaccounted for. His name was later added to the list of 98 people who were killed in the collapse.

“He was my best friend,” Angela Gonzalez said. “He was my person.”

Deven said she is heartbroken that she didn’t get to say goodbye to her dad, “but a lot of people have said that saying ‘goodnight’ and ‘I love you’ and ‘I’ll see you in the morning’ was a lot better than a goodbye because it’s like a ‘see you later,’ and I’m glad I had that.”

The mother and her two daughters now share the wedding ring recovered from Edgar Gonzalez’s body, rotating who gets to wear it around their neck each week. The ring is the only possession they have left from their condo.

“I have my daughters, so I have something to look forward to,” Angela Gonzalez said. “But I know there’s other mothers who have lost a husband or a child, and it’s just not OK. It’s not OK.”

“Who ever thinks a building’s going to collapse on you?” she said, recounting the night half the building was reduced to a pile of rubble in mere seconds.

“I remember mom yelling, ‘Run!’ and dragging me out of bed,” Deven said.

Now the family is looking for answers.

Documents released by officials revealed previous concerns about the structural integrity of Champlain Towers South. The findings from an engineering consultant showed there was “abundant cracking” and crumbling in the underground parking garage of the building, according to a 2018 report.

Residents said they weren’t told of the 2018 report. In fact, they said they were told at the time that the building was in good shape.

The National Institute of Standards and Technology and local investigators are thoroughly examining what caused the building to fall.

And Miami-Dade State Attorney Katherine Fernandez Rundle has convened a grand jury to investigate. A spokesman from her office said Thursday that the process is ongoing.

While the Gonzalez family lost their father and dog, and one cat, their other cat, Binx, made it out alive — a bright spot in a massive catastrophe.