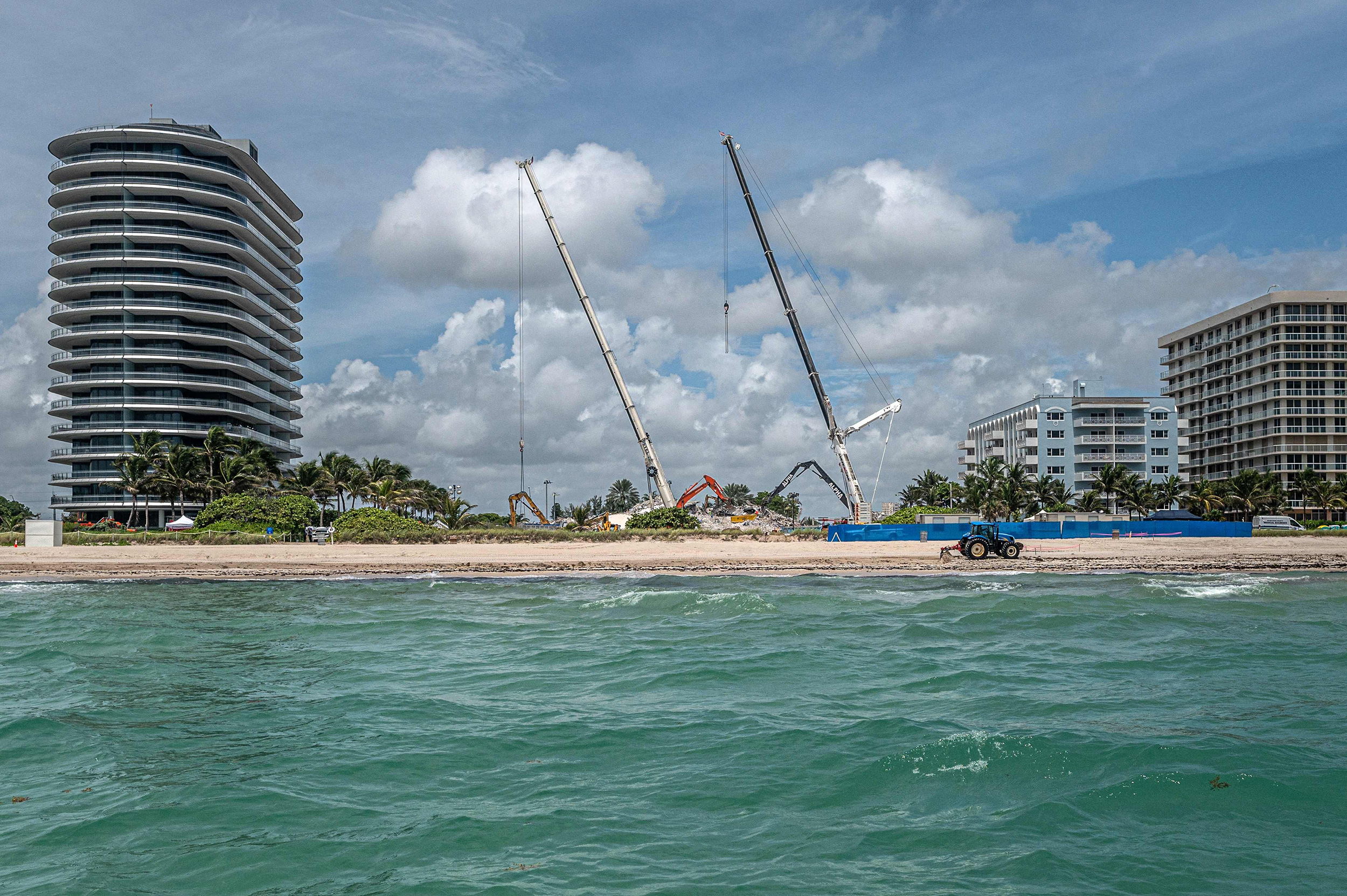 SURFSIDE, Fla. — The deadly collapse of the condo building in Surfside, Florida, has spurred many in the region to ensure that their buildings are structurally sound. In the long term, those assessments — as well as buyers’ fears and rising costs — could lead to a reshaping of South Florida’s real estate market as a whole.

Market observers said they have already begun to see diminishing demand for units in older buildings in the area that are typically occupied by lower-income tenants and retirees, similar to the fallen condo, Champlain Towers South in Surfside. And those built since 2000, typically inhabited by wealthier Floridians, are getting greater attention from buyers.

“That’s going to be more common, at least for a while,” said Sepehr Niakan, a real estate broker for Condo Black Book in Miami. “The fear of going into an older building is going to be greater, and buyers are going to be much more careful and sensitive to the history of repairs and maintenance of a building, which wasn’t really an issue before.”

The building in Surfside, built in 1982, was going through its 40-year recertification. That process requires an engineer to ensure the building’s structural and electrical safety, and it can often reveal the need for costly repairs. The engineering report given to Champlain Towers indicated that the condo needed millions of dollars in repairs to fix “major structural damage” to the concrete slabs under the building’s pool deck and entrance drive, documents showed.

Niakan and other real estate agents said that they have pushed to get information about a building’s recertification process for their clients because it provides fair warning of a looming assessment — a determination on how a larger building expense, like roof work or elevator repairs, will be shared by tenants.

But, they said, buyers now want engineering reports out of safety concerns, and those reports are not always easy to acquire. Such worries are also causing the sale of older condos to wane in what several real estate agents said, up until now, was “a red hot market.”

Market experts in South Florida are anticipating that the lagging interest in those older condos will cause prices to sink, while the push for more engineering reports will likely put lower-income condo owners in untenable positions, forcing many to take on assessments they can’t afford or sell as quickly as possible.

That could lead to significant changes in condo ownership and even the Miami skyline.

“If the results from those engineering reports in older buildings require significant amounts of remediation or tens of millions of dollars and the condo owners can’t afford the assessments, you’ll see units getting dumped,” said Adam Mopsick, the CEO of Amicon, an owner’s representative and a construction firm that has worked with hundreds of condo associations in the region.

Mopsick and others warned that this would be a slow process, but they said it could lead to a feeding frenzy for developers who are eyeing valuable land on the Florida coast.

Paul Sasseville, a real estate agent for Compass Florida, said he had already received a call from a client in New York who asked whether this would be a real estate buying opportunity. The client equated it to the market in communities along the East Coast after Hurricane Sandy in 2012 caused excessive damage and forced many to sell.

“All the best properties were built in the ’70s, ’80s and ’90s on this good waterfront land,” Sasseville said of Miami Beach. “Now you’re going to see what we call condo terminations, where developers buy out old buildings, tear them down and put up new ones.”

Sasseville said the demand for engineering reports on his end has also skyrocketed, and Mopsick said he has had to hire more workers in recent weeks just to try to keep up with the number of calls he has received from condo associations.

“We’re getting a lot of hysterical calls from old clients and new clients just looking to get an engineering report,” Mopsick said, who noted that the demand is causing prices of the service to surge because there aren’t enough engineers to fulfill the number of requests.

But it’s not just new assessments, plunging condo values or engineering reports that lower-income residents have to be concerned about.

Mike Clarkson, the president of the Hilb Group of Florida, a statewide insurance brokerage firm, said that he expected buildings across the state to get 40-year recertifications after the Surfside collapse, and that they’d likely be redone every 10 years thereafter.

That’s the warning Clarkson said he is bringing to the series of condo board association meetings he will attend across the state in response to the request for clarity from clients.

“The demand is not just in Surfside. It’s not just in Miami. It’s all over the place,” Clarkson said. “The amount of emails and phone calls I’ve been getting — and we’ve got 750 to 800 associations we insure in the state of Florida — it’s crazy. I’m getting calls from buildings that are three stories high.”

Another concern is that insurance premiums may suddenly spike, Clarkson said. He recalled that after Hurricane Andrew in 1992, many major insurers left Florida because of the amount of claims and because “premiums were going up 400 percent, 500 percent overnight” due to the lack of competition.

“It becomes a feast,” he said. “And that’s what’s going to happen again or they’re going to issue policies with so many exclusions on it that it’s almost not worth having.”

Do Vaccinated People Need To Go Back To Masking? – Newspot