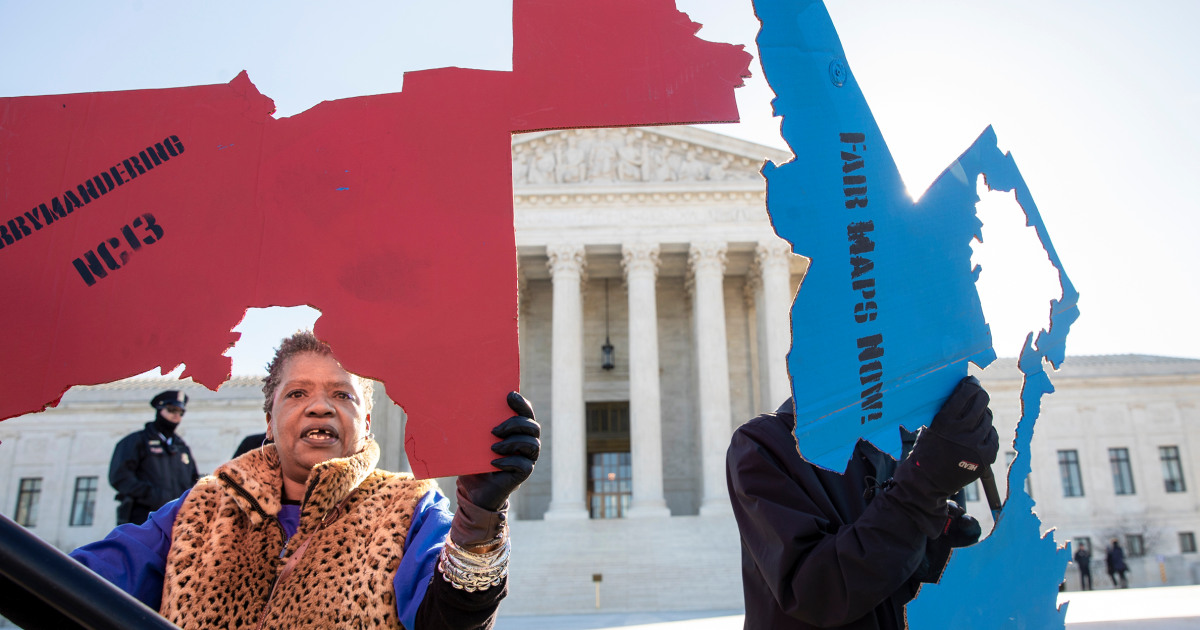 WASHINGTON — The Supreme Court on Wednesday will hear a major case that could upend election law as the justices consider whether to reinstate Republican-drawn congressional districts in North Carolina.

The appeal brought by North Carolina Republicans asks the justices to embrace a hitherto obscure legal argument called the “independent state legislature” theory, which could strip state courts of the power to strike down certain election laws enacted by state legislatures.

The theory has been embraced by supporters of former President Donald Trump, who cited it during various cases during the 2020 presidential election and its aftermath.

The case, which could have a broad impact on an array of election issues, is being closely watched for its potential impact on the 2024 presidential election.

Republicans led by Tim Moore, the Republican speaker of the North Carolina House of Representatives, invoked the theory after the state Supreme Court in February struck down the congressional district map.

The state court ruled that the 14 congressional districts — drawn by Republicans to maximize the influence of Republican voters in a state strongly contested by both main parties — were “unlawful partisan gerrymanders.” The court, which then had a liberal majority, said the maps violated various state constitutional provisions, one of which requires that “all elections be free.”

Voting rights advocates and Democratic voters had turned to the state court after the U.S. Supreme Court ruled in 2019 that partisan gerrymandering claims could not be heard in federal court but left open the possibility that state courts could address the issue.

Moore and other Republicans immediately asked the Supreme Court to reinstate the maps, saying the state court had overstepped its authority. The high court agreed to take up the case, but it left in place a replacement map used for this year’s midterm elections. Democrats and Republicans each won seven seats.

The independent state legislature argument hinges on language in the Constitution that says election rules “shall be prescribed in each state by the legislature thereof.”

Supporters of the theory, which has never been endorsed by the Supreme Court, say the language supports the notion that, when it comes to federal election rules, legislatures have ultimate power under state law, potentially irrespective of potential constraints imposed by state constitutions.

In addition to being raised by Trump and his allies in 2020, the theory also arose in the 2000 presidential election during the litigation in Florida that ultimately led to Republican President George W. Bush’s taking office.

The Supreme Court in 2020 refused to intervene in the various election-related cases that raised the theory, but during the litigation four conservative justices indicated some support for it, giving its supporters hope that they might be a majority willing to embrace it. The court has a 6-3 conservative majority.

There are several different versions of the argument, some of which would merely limit the authority of state courts in certain circumstances and others that would go further in giving legislatures virtually unchecked authority.

A Supreme Court ruling that embraces the theory would affect not only redistricting disputes, but also other election-related rules about issues like mail-in voting and voter access to the polls that legislatures might seek to enact even when state courts have held that those rules violate state constitutions. The theory could also bring into question the power of governors to veto legislation.

Those backing the theory in briefs filed at the court include John Eastman, the lawyer involved in Trump’s efforts to overturn the 2020 election who argued that then-Vice President Mike Pence could block the certification of President Joe Biden’s victory on Jan. 6, 2021.

Various conservative groups that push for greater restrictions on voting and claim that voter fraud is a major issue have also backed the theory at the court.

Democrats and voting rights activists have issued stark warnings about the potential impact of the case in light of the attempts to overturn the results of the 2020 presidential election, although many high-profile GOP candidates who denied or questioned Biden’s victory lost in this year’s midterm elections.