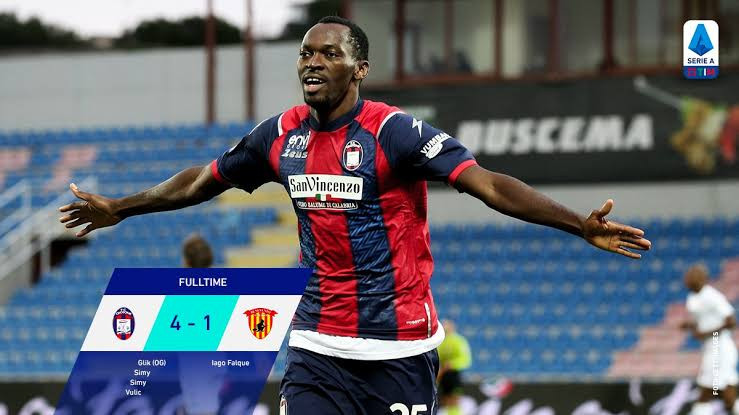 Nigeria international and Crotone of Italy striker, Simy Nwankwo has received abusive racist messages on social media following his side’s 3-2 defeat to Bologna in a Serie A game.

The Super Eagles attacker found the back of the net in the weekend encounter to take his tally to 13 goals in 28 league appearances this season but was abused even after his side suffered defeat.

He has now come out to urge the football authorities to end the menace affecting the sports world. 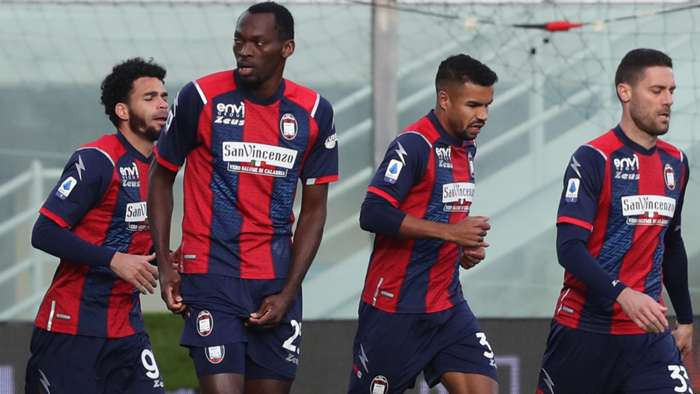 “You can see it’s coming from ignorant [people]. We cannot let racist and hateful abuse become a normalised part of the game.

“I can’t believe how many of these unspeakable messages, from different users, send racist abuse at footballers.

“We can only hope that more efforts will be put in to ensure the general public and not just footballers feel safe on social media platforms.”

Simy follows a long list of African footballers including Kalidou Koulibaly and Adam Ounas who have been racially abused on social media.

Other black players from Europe haven’t been spared too.

Simy arrived in Italy in 2016 and helped Crotone following their relegation to the Italian second-tier in the 2018/19 season.

He has scored 20 goals in 37 Serie B games and is the league’s top scorer.