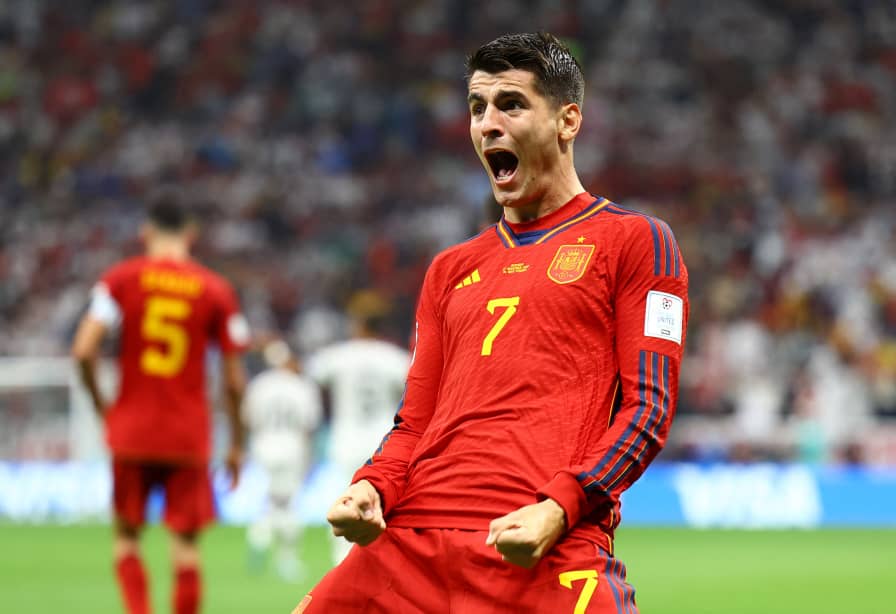 The German Machine played like Trojans on Sunday night in Group E but could not overcome Spain as both settled for 1-1 draw leaving the group to all slug it out at the group final round.

German’s enfant terrible, Antonio Ruediger got a goal in the 40th minute but VAR disqualified the goal. Ruediger was the pivot of the German team to win the match connecting most moves but it did not work out as planned.

Again but for Germany, Jamel Musiala found the substitute for longest playing German, Thomas Muller in Niclas Fuellkrug who scored the German equalizer that raised blood pressure of many football fans who were at sea as to who wins the match.

It was a tensed match from the first whistle a very rough match that saw Spain caught with 13 fouls to Spanish 11 foul calls; Spain got only a yellow card while Germany recorded 3 yellow cards.

So come Thursday 1st December the German Machine Engineers referring to the Coaches and the bench will need to copy Spain and beat Costa Rica to coma or have a repeat of 2018 when the Germans went home early. Same day same time at 8pm, Japan will battle Spain for a ticket in the group.

On Monday the last of the second round matches will be played in groups G and H. Indomitable Lions of Cameroon will open the day with Serbia at 11am and Samba boys of Brazil without their injured captain will meet Switzerland at 5pm in group G.

The Black Stars of Ghana will stretch it out with South Korea at 2pm while Ronaldo will lead Portugal against Uruguay at 8pm.
Eniola Olatunji reporting.
#FifaworldcupQatar2022.