As the ongoing industrial action by ASUU enters its 91st day, students’ unions across the country trooped out in their numbers over the weekend to protest against the continuous closure of tertiary institutions.

Operating under the aegis of the National Association of Imo State Students, the undergraduates threatened to shut the major roads in the state if ASUU and the Federal Government didn’t resolve their differences in the next seven days. 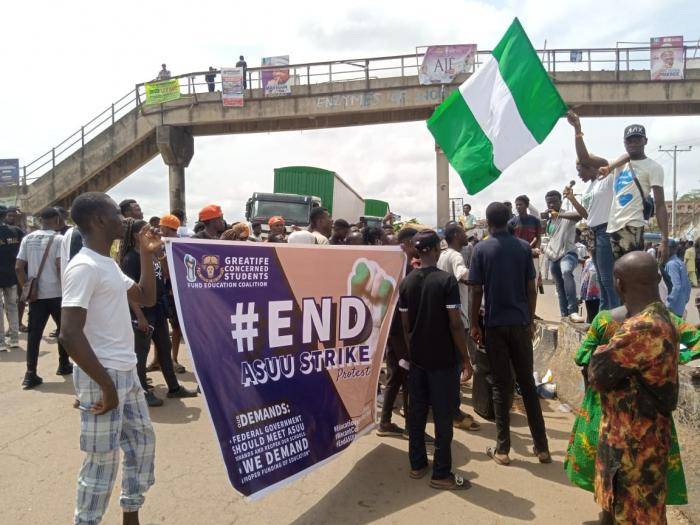 The students who staged the protest in Owerri, the state capital, accused the FG and ASUU of working against the interest of Nigerian students.

In the same vein, Oyo state students blocked the University of Ibadan-Mokola road in Ibadan in an organized peaceful protest to register their displeasure. The students said the protest became necessary because they were tired of staying at home.

Meanwhile, Students of the Obafemi Awolowo University (OAU), Ile-Ife gathered in front of the university’s main gate on Thursday to protest the Academic Staff Union of Universities (ASUU) three-month strike.

The protesting students who gathered under the auspices of the Fund Education group were armed with placards that read “Fund Education Now,” “Education is Not a Scam,” and others screamed “End ASUU Strike” and were chanting solidarity songs.

In Bauchi state, students of the Abubakar Tafawa Balewa University (ATBU) and Bauchi State University, Gadau (BASUG) are said to be mobilizing their female colleagues ahead of a planned half-naked street protest against the ongoing strike by the Academic Staff Union of Universities (ASUU).

One of the students revealed that they contacted more than 500 female students who have agreed to participate in the protest and they were expecting more participants before the final day. 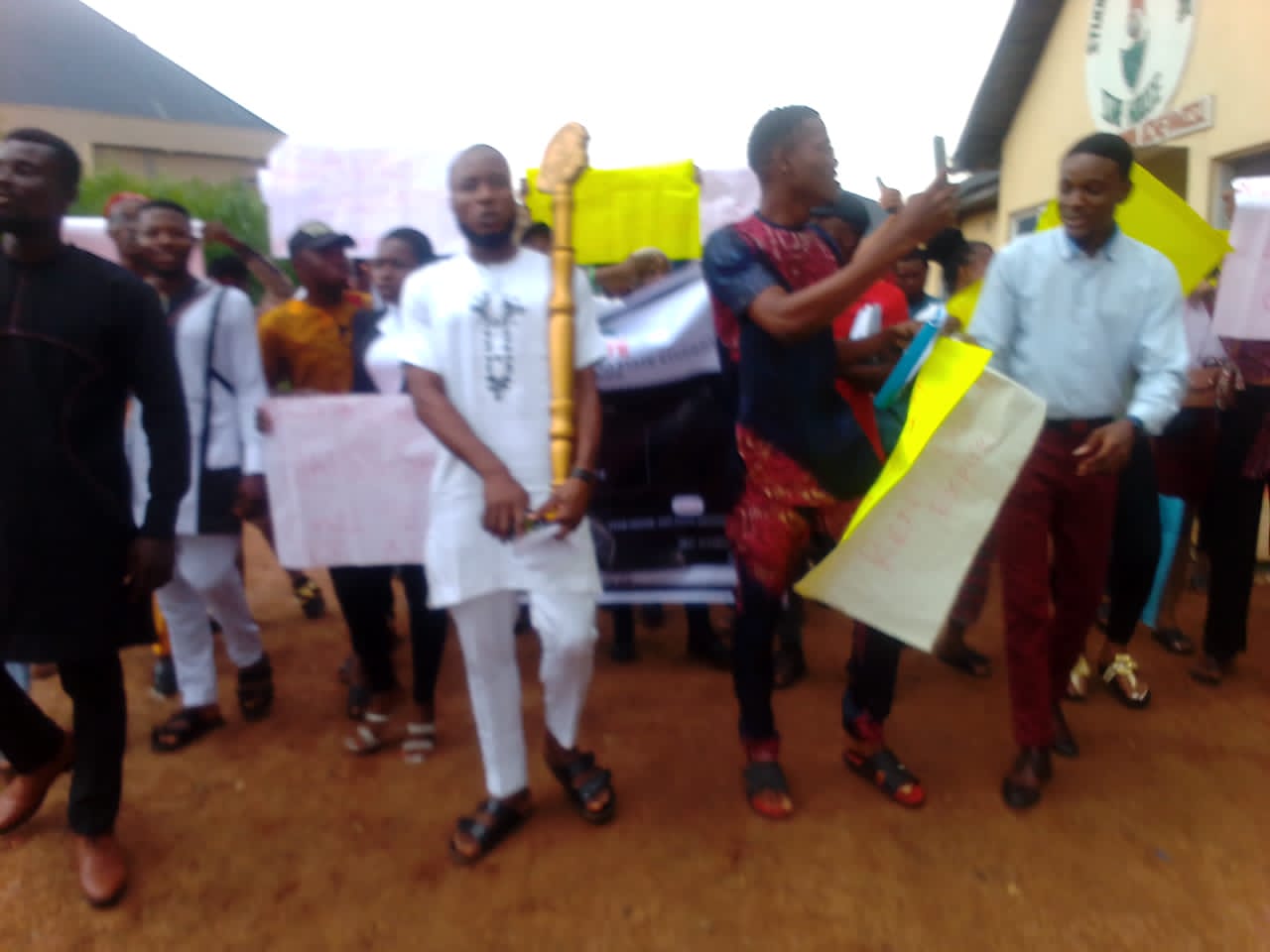 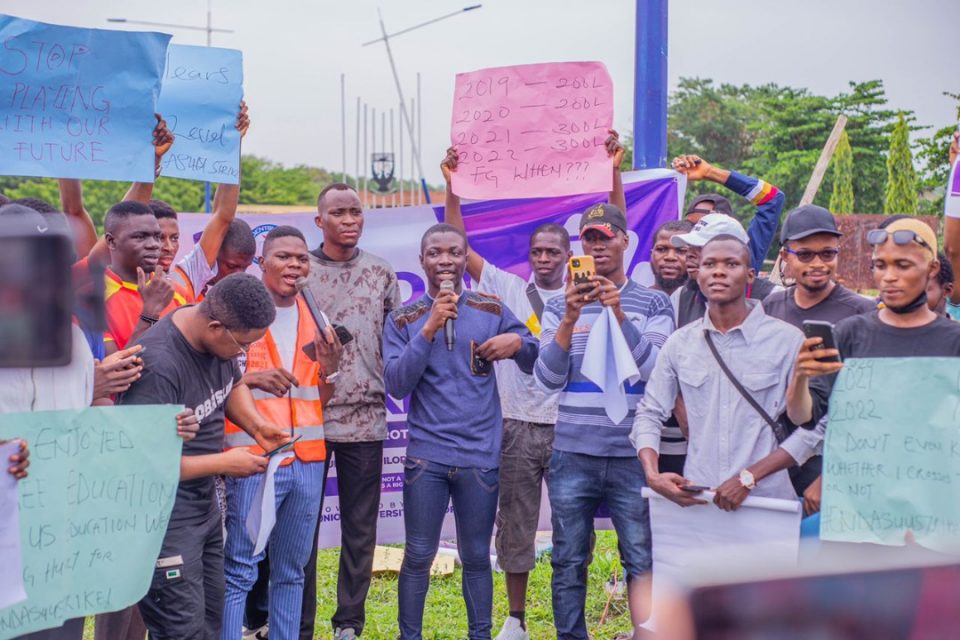