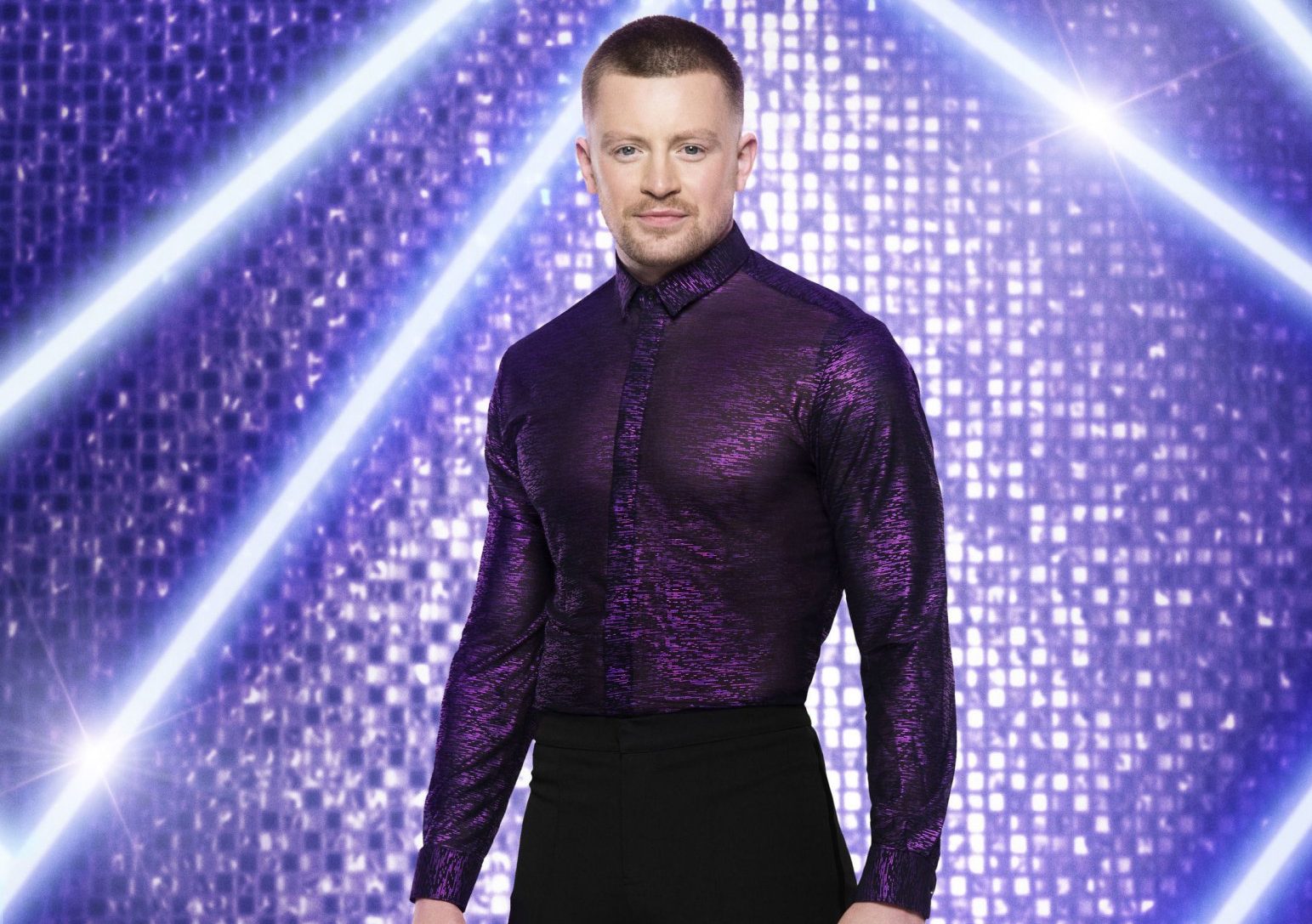 The pair had everyone talking when they performed an Argentinian tango to Fleetwood Mac’s bop Tango in the Night.

They impressed the judges with their complicated routine, which racked up a whopping 32 points on the leaderboard.

However, fans couldn’t cope when the Olympian appeared to lean in for a peck, before seemingly stopping himself.

Does Adam Peaty have a girlfriend / wife?

Adam is currently dating 23-year-old Eirianned Munro, with the couple meeting at the beginning of last year.

Eiri was a very supportive girlfriend as she cheered her beau on during the Tokyo 2020 Olympics this summer.

She proved that she wasn’t all that fussed about the intense moment between Adam and Katya, making light of the scenes on TikTok after seeing the reaction.

Posting a video on the platform, she pretended to cry while joking: ‘Watching your boyfriend almost kiss another woman on live TV.’

She then tipped her head back and fake screamed as the words ‘finding out 10 million people also watched it live’ popped up on the screen.

Does Adam Peaty have kids?

Unfortunately, the athlete was forced to miss out on celebrating the little one’s first birthday recently, as he was busy training for Strictly Come Dancing.

‘It didn’t go down too well but that’s the difficult thing when you do this, everyone has to understand,’ he said of the decision.

Adam opened up on fatherhood recently, and explained how much becoming a dad had changed his attitude to life.

‘I think having a son now as well has just made me appreciate these moments a little bit more,’ he said.

‘He’s with me every single day anyway (in my mind) when I’m away from him and with him, I perform and train like they’re on my back and I like that. It’s just being a father, right? I love it.’

Strictly Come Dancing continues tonight at 7.10pm on BBC One.


MORE : Kate Garraway reveals swollen eye with ‘inflamed cornea’ that she nearly didn’t get checked out

And Just Like That: Sara Raminez among new cast members in SATC reboot