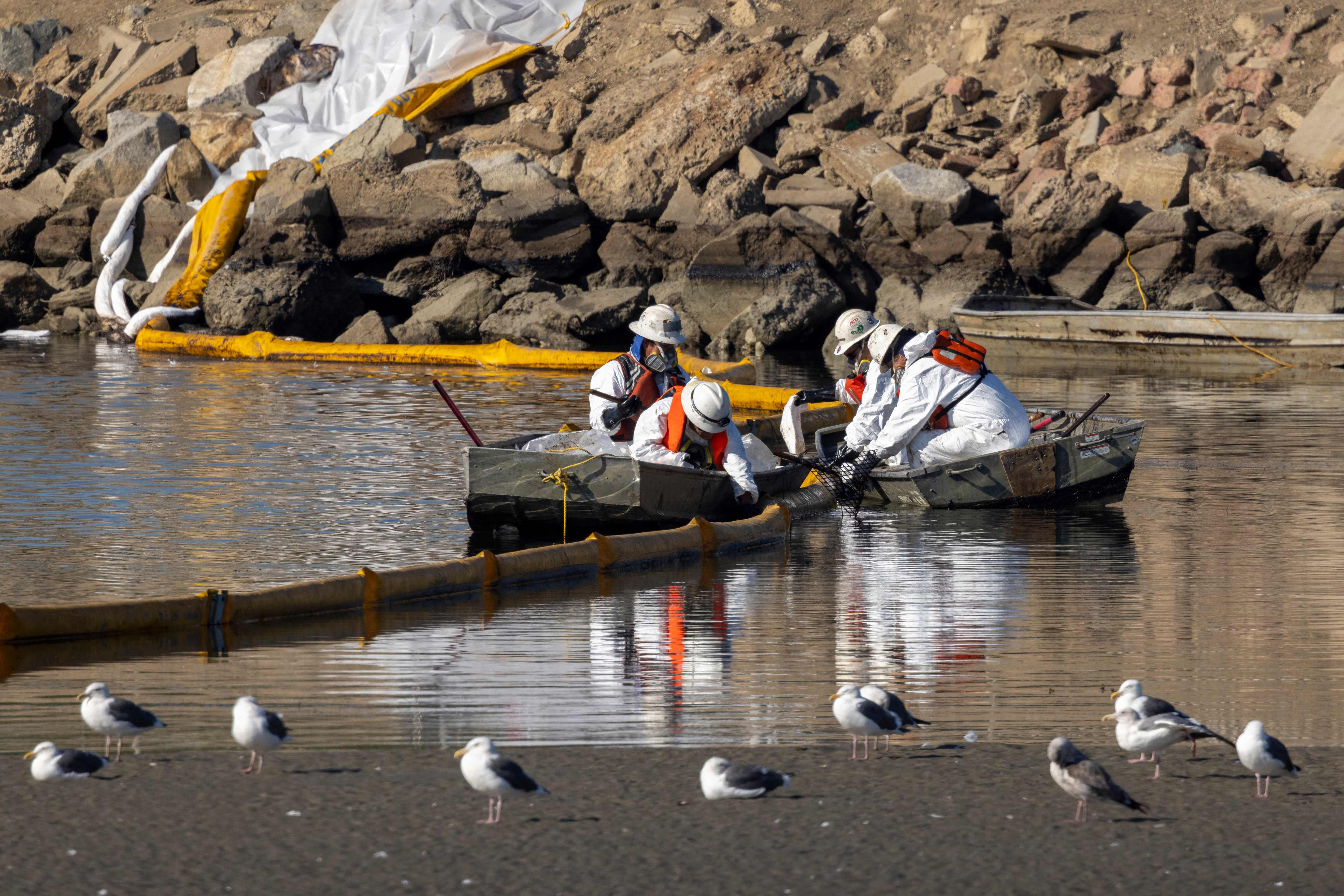 The stretch of Southern California shoreline affected by an oil spill has grown, officials said Monday.

The city and state beaches at Huntington Beach were closed, and the city of Laguna Beach, just to the south, said late Sunday that its beaches also were shuttered. The shutdown came amid warm weather that would have brought big crowds to the sand for volleyball, swimming and surfing. Yellow caution tape was strung between lifeguard towers to keep people away.

Huntington Beach Mayor Kim Carr said the beaches of the community nicknamed “Surf City” could remain closed for weeks or even months. The oil created a miles-wide sheen in the ocean and washed ashore in sticky black globules.

Fisheries in the affected area were also closed “to give time to investigate any impacts to fish,” Foley said.

“Avoid fishing off piers, bridges, boats and docks, too,” she added. A map showed waters up to 6 miles from the shore could have been tainted by the spill.

Officials said Sunday that approximately 3,150 gallons of oil had been recovered from the water, adding that crews laid about 5,360 feet of floating barriers known as booms to try to stop more oil from seeping into areas including Talbert Marsh, a 25-acre wetland.

But the toll on the local ecosystem was already evident.

The offshore oil pipeline being investigated as the source of the leak has been shut down and suctioned, according to Amplify Energy Corp., which owns the company that operates the pipeline.

A Monday statement from Amplify Energy noted that Beta Offshore, a subsidiary, “first observed and notified the US Coast Guard of an oil sheen approximately four miles off the coast in Southern California and initiated its Oil Spill Prevention and Response Plan.”

“As a precautionary measure, all of the Company’s production and pipeline operations at the Beta Field have been shut down,” the statement said.

However, residents and business owners are wondering if the leak was addressed quickly enough. People who live and work in the area said they noticed an oil sheen and a heavy petroleum smell Friday evening.

As early as Friday evening, Rick Torgerson, owner of Blue Star Yacht Charter, said “people were emailing, and the neighbors were asking, ‘do you smell that?’” By Saturday morning, boats were returning to the marina with their hulls covered in oil, he said.

Garry Brown, president of the Orange County Coastkeeper environmental group, decried a lack of initial coordination among the Coast Guard and local officials in dealing with the spreading oil slick.

“By the time it comes to the beach, it’s done tremendous damage,” Brown said. “Our frustration is, it could have been averted if there was a quick response.”