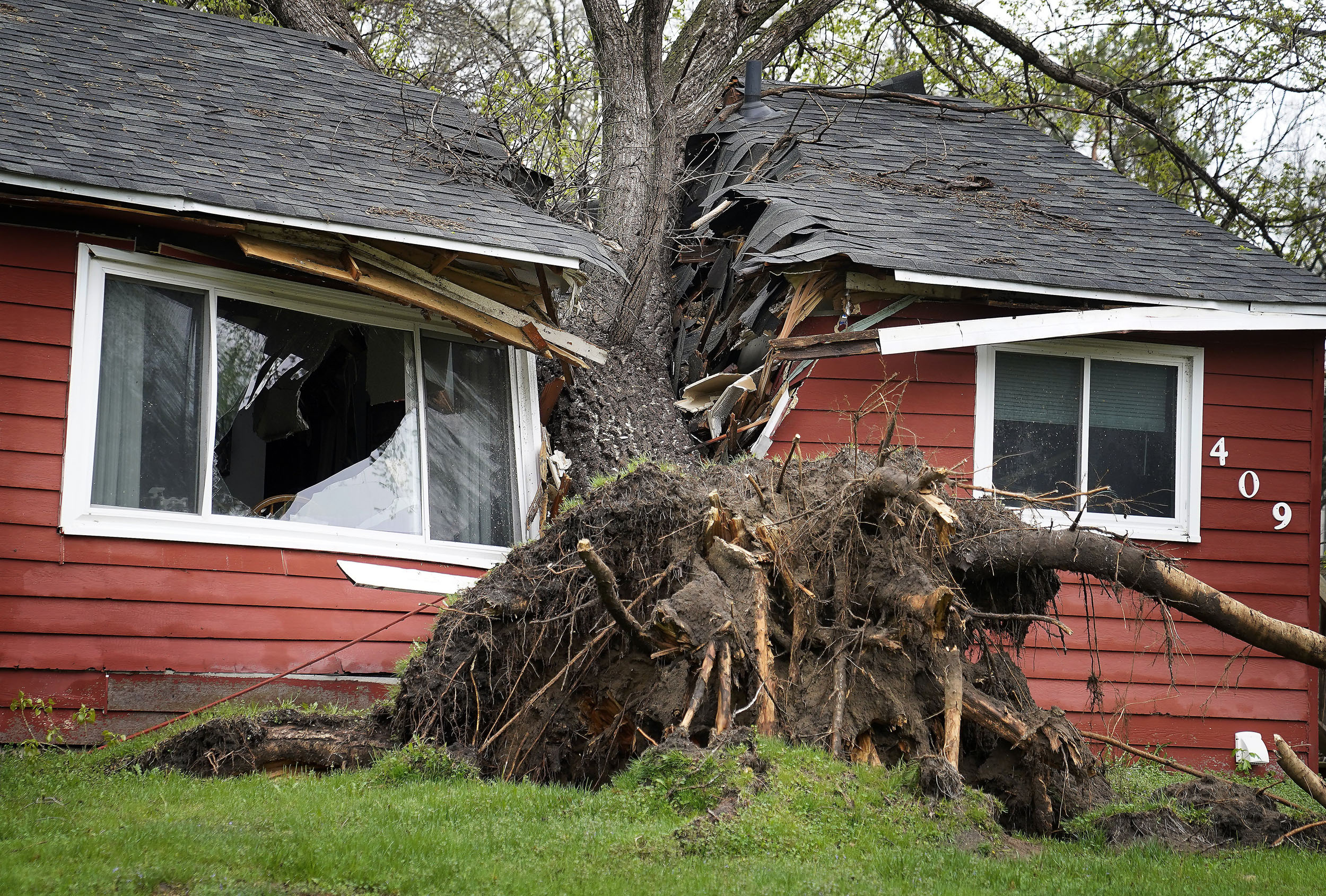 SIOUX FALLS, S.D. — Strong winds and possible tornadoes caused widespread damage in parts of the Midwest, where officials said another round of severe weather during a stormy week left two more people dead.

In Minnesota, a grain bin fell onto a car Thursday and killed a passenger near Blomkest, the Kandiyohi County Sheriff’s Office said. And a person died Thursday in Sioux Falls, South Dakota, as a result of severe weather, Mayor Paul TenHaken said, but details weren’t released.

Earlier in the week, storms brought damaging winds, heavy rain and a few reports of tornadoes to Minnesota, where a storm-chasing meteorologist from Mexico City died Wednesday in a car crash — underscoring the dangers of pursuing severe weather. More storms were forecast for Friday from the Upper Great Lakes to the southern Great Plains that could bring damaging winds and hail.

Winds gusted Thursday above 100 mph in parts of South Dakota, the National Weather Service said. Due to storm damage, Sioux Falls police advised that people only travel for emergency purposes.

On Thursday, a nursing home in Salem, South Dakota, sustained extensive damage when part of the roof was torn off. Residents at the Avantara nursing home were evacuated, emergency management officials said.

The storm knocked out power to thousands of customers, including the South Dakota State University campus in Brookings. Only essential employees will be allowed on campus Friday.

On Thursday night, South Dakota Gov. Kristi Noem stopped in the Hamlin County community of Castlewood, where a possible tornado ripped off the roof of a school and brought down walls.

Castlewood High School sophomore Erowyn Funge lives across the street from the school. She said that worst part of the storm lasted about 30 minutes, the Argus Leader reported.

“Our table went flying off our porch. It looked completely black outside,” said Funge.

Uprooted trees, branches and debris were scattered around Castlewood. Power lines were down, including across highways leading to town.