Nollywood actress and filmmaker, Toyin Abraham has urged social media users to desist from using famous actor, Desmond Elliot‘s name as a form of joke on the internet. 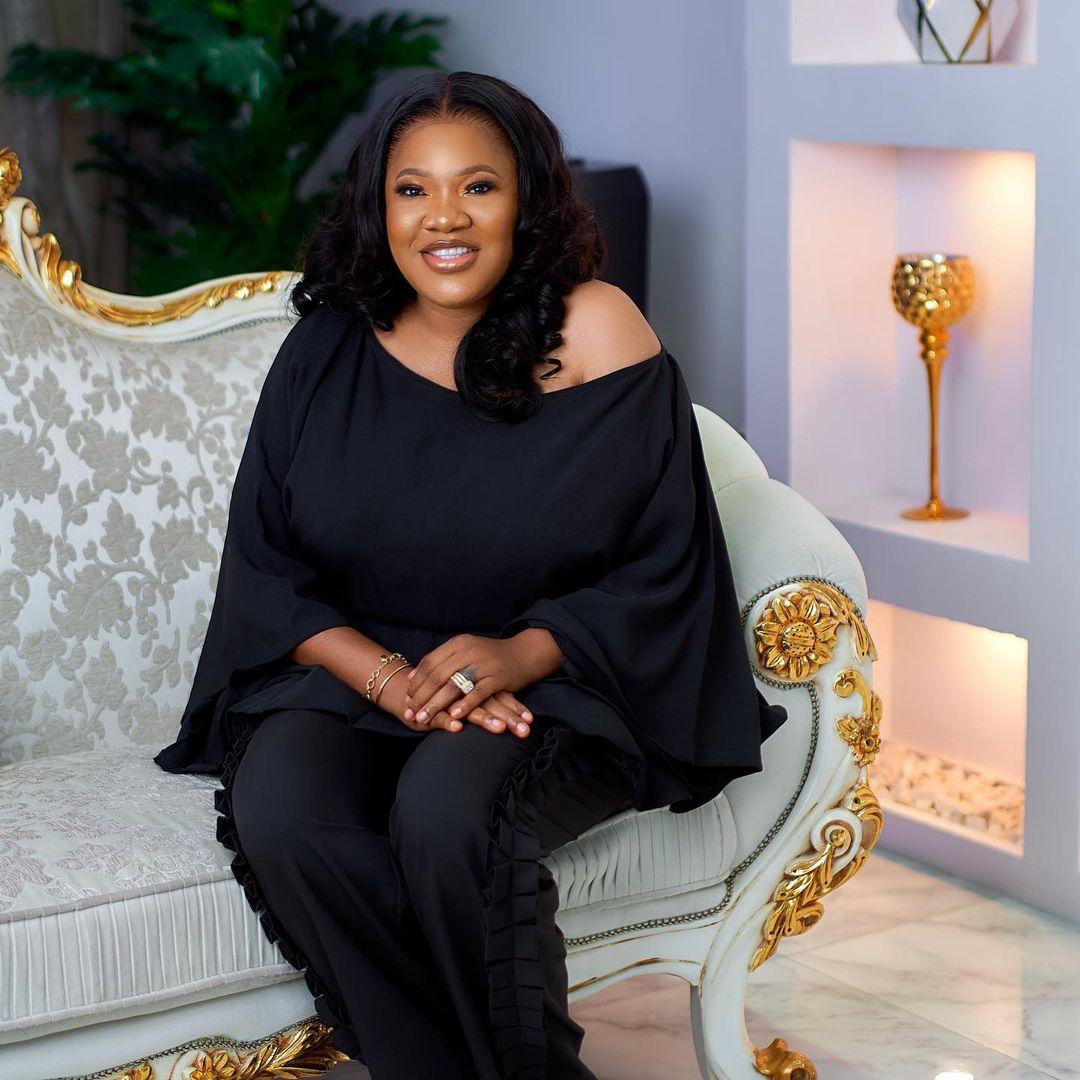 Desmond Elliot who is now a member of the Lagos State house of assembly has been dragged on social media over some comments he made in the past.

However, some Nigerians have been consistent in using his name as a trademark for some funny quotes and messages on social media, a move Toyin Abraham is not pleased with.

According to Toyin Abraham, the joke is becoming more annoying. She noted that it’s high time people get serious. 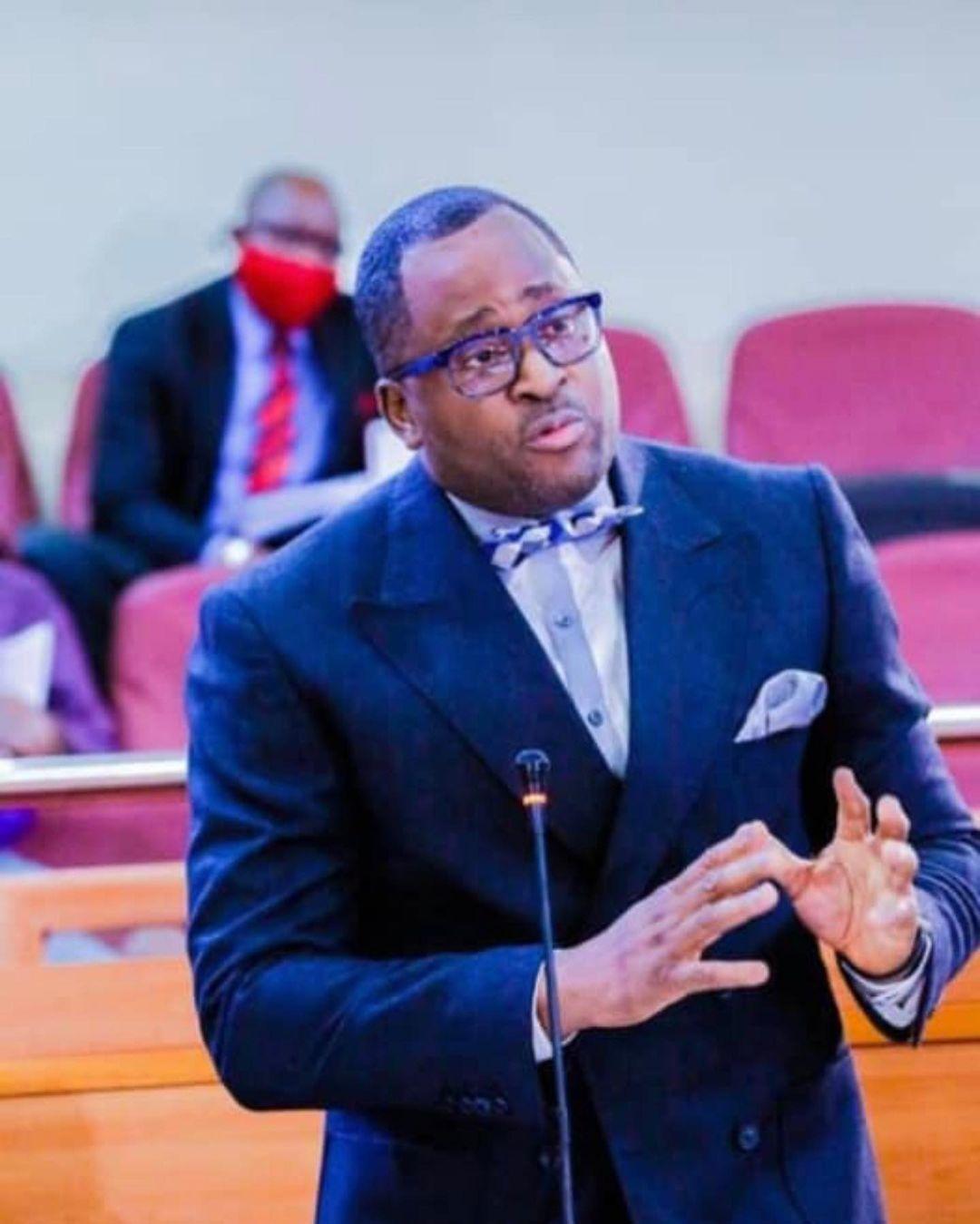 However, Toyin Abraham noted that she’s not in any way supporting the politician but believes now is the right time to stop the joke. 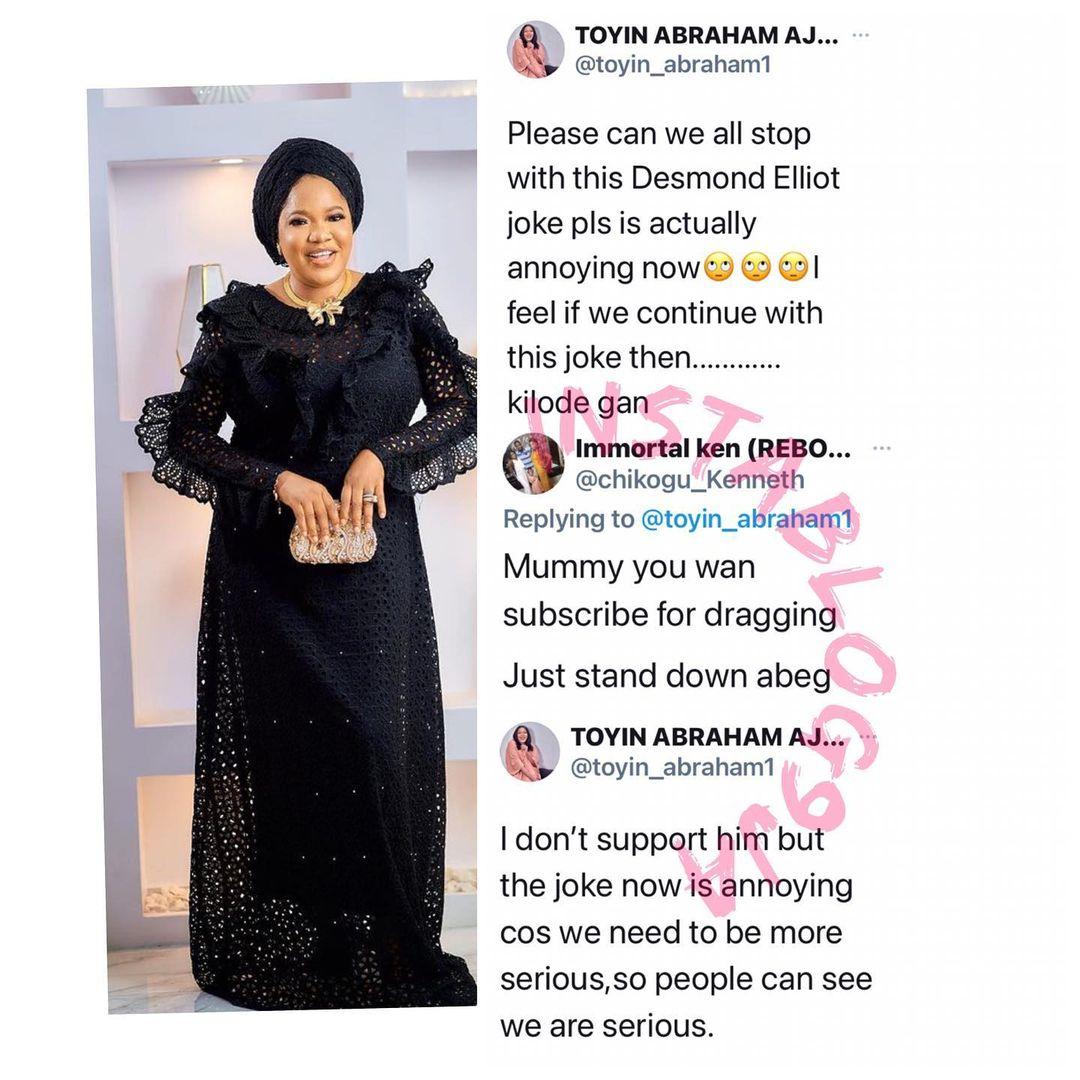