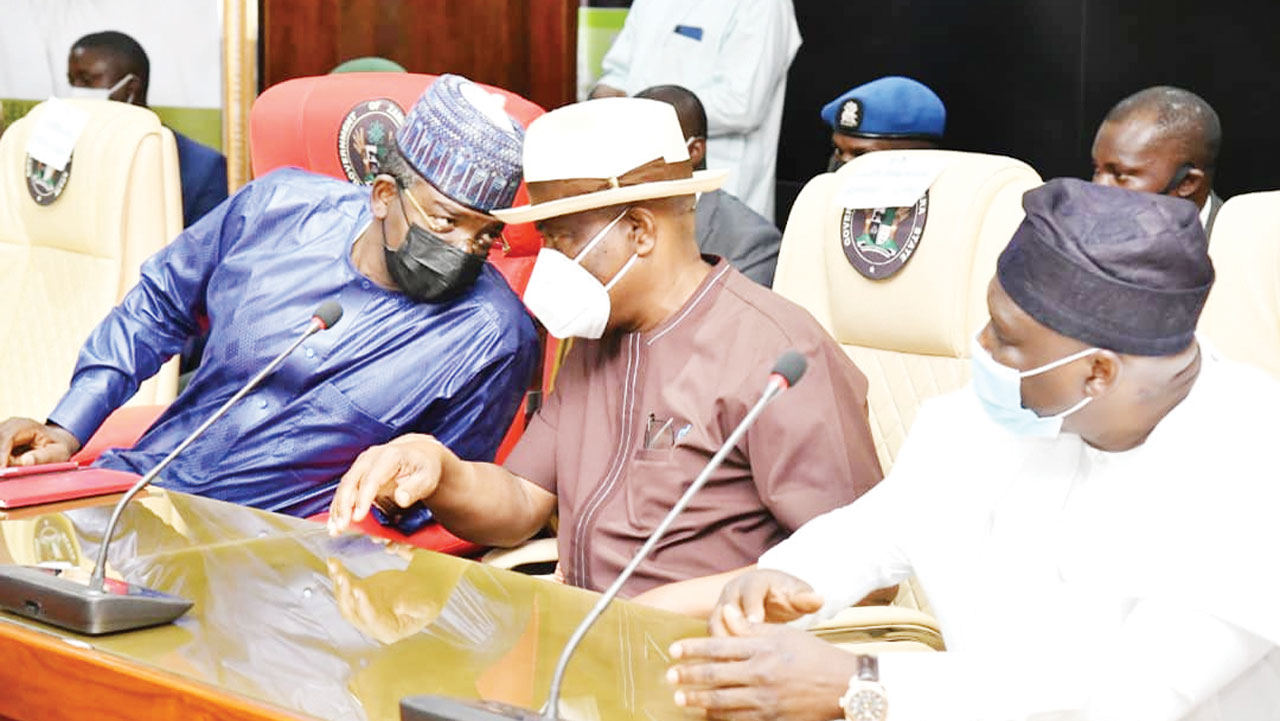 It also donated N100 million to victims of the recent fire incident in Zamfara State.

In a statement issued by the Special Assistant (Media) to Governor Nyesom Wike of Rivers State, Kelvin Ebiri, the forum’s chairman and Sokoto chief executive, Aminu Tambuwal, who led others on a sympathy visit to their Zamfara colleague, Bello Matawalle yesterday in Gusau, said instead of “genuinely commiserating with the people of Zamfara State who have been grappling with insecurity and the latest fire incident, the APC opted to play petty politics with the people’s misfortune.”

He went on: “We must always remain as leaders in providing leadership and know where and when and how to play politics. How many lives have been lost from when APC was in charge of this Government House till now. How many of them came here to commiserate with the people of Zamfara State. Even those of us that are neighbours.”

Tambuwal announced a N100 million donation on behalf of the group for victims of the recent Tutuwada market fire incident, assuring the people that the PDP would stand by them all time.

“This is our home. We, the governors of PDP, are not visitors. We are fully at home and no visitor can replace or supplant the homeowner. We have come home, not as visitors, but as owners of this home to commiserate with our own people who have been affected by this inferno. I pity any leader who seeks to take advantage of a misfortune to play politics,” the chairman added.

He advised the APC to speedily resolve the ‘excruciating’ insecurity and poverty in the country.

Also, Governor Wike counselled the ruling party at the federal level to concentrate on governance and sort out the nation’s myriad of security and economic problems.

He urged his Zamfara counterpart not to be intimidated by the antics of the APC, which he accused, of fueling the crisis in the state.