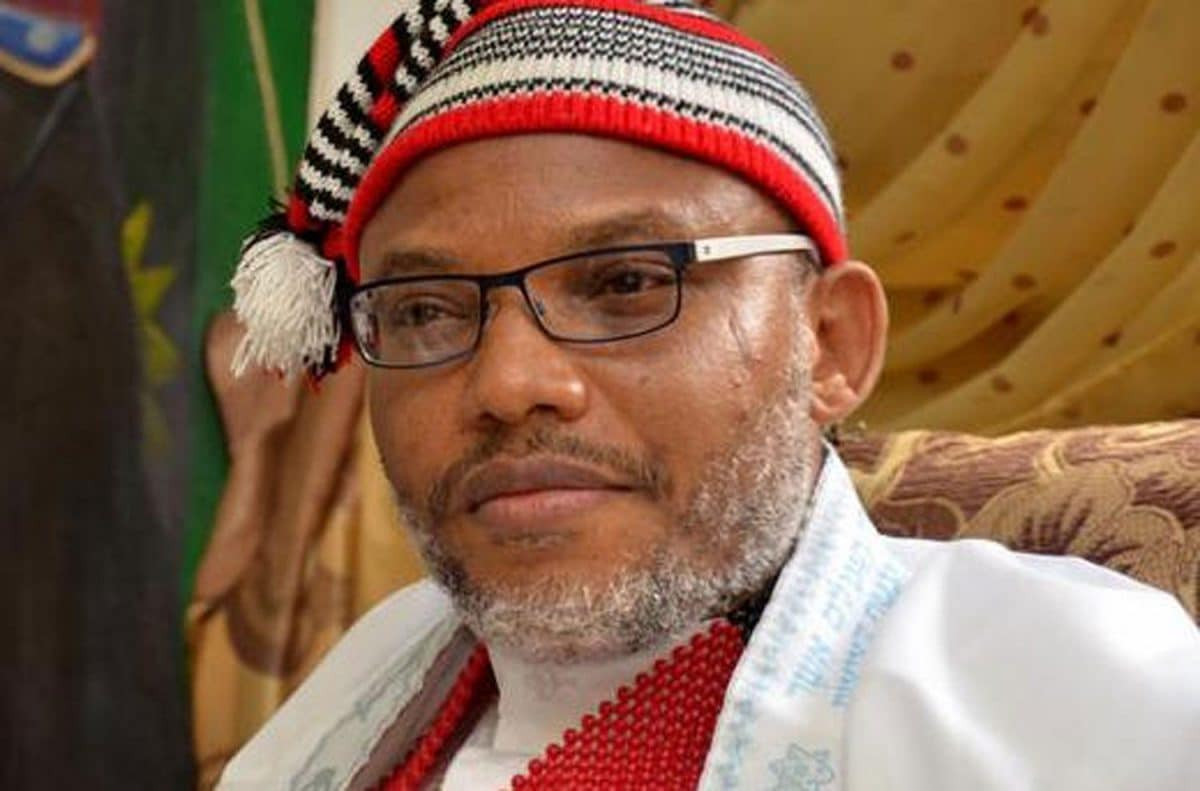 The leader of the Indigenous People of Biafra, Mazi Nnamdi Kanu, has called for killings in the South-East to stop as well as the release of Mrs. Ukamaka Ejezie, a newspaper vendor popularly known as ‘Mama Biafra’ in Abia State.

The IPOB leader was quoted to have made the appeal during his younger brother, Emmanuel Kanu’s visit to him in the Department of State Services custody.

Nnamdi Kanu  was said to be saddened by the reports of Killings across the South-East as he “does not believe in bloodshed.”

“My brother does not believe in bloodshed and felt too bad that bloodsuckers had been on the prowl in the South-East almost unchallenged,” he told Vanguard.

The IPOB leader said all those responsible for the insecurity in the region should be held accountable for their atrocities.

He also added that the Igbos are not known for cannibalism.

According to Emmanuel, Mama Biafra, a septuagenarian was arrested during Kanu’s last court appearance in Abuja on May 18.

Kanu was said to have explained that the woman had been acting as his mother since his parents died in 2020.

The IPOB leader said the woman committed no crime for coming to Abuja to solidarise with him at the court when she was arrested, regretting that, “I saw her at the DSS detention cell after her clothes were washed and spread on the wall. I demand that she be released because she committed no crime.

“She is an old woman and since my mother died I have taken her as my mother. The DSS should release her.”

The IPOB Leader also cleared the air over whether he was the one that Governor Chukwuma Soludo of Anambra State met when he visited the DSS headquarters last week. He noted that there was no basis for people to doubt whether Soludo met him, explaining that the Athletico Madrid club attire he wore when the Governor visited was his nightwear.

Kanu pleaded with all to ensure there is peace in South East.