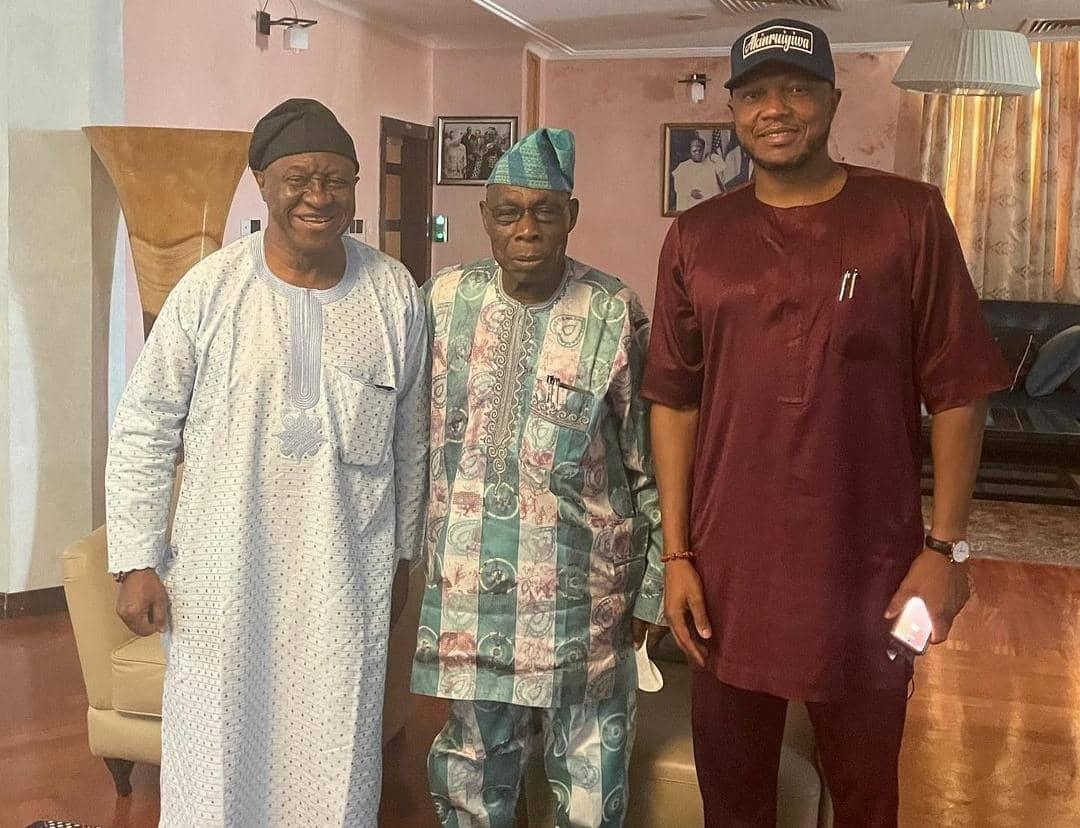 Akinruyiwa of Owu Kingdom, Chief Olumide Aderinokun was in a closed-door meeting with former President, Chief Olusegun Obasanjo to assess the present situation in Nigeria and plans for the future.

Chief Aderinokun, who is running for the Senatorial seat in Ogun Central, revealed that the Balogun of Owu Kingdom is confident about the tomorrow of the country.

He further disclosed some suggestions made by Chief Obasanjo to improve the state of education, which include privatisation of government-owned secondary schools.

“Recently I and my uncle Chief Kayode Aderinokun visited Chief Olusegun Obasanjo, former president of Nigeria. We had a closed-door discussion about the old, present state and future of the country for over 2 hours,” Chief Aderinokun tweeted.

“He was so optimistic about the future of the country and assured us of the plans of the state governors in conjunction with the National Assembly to pass some essential laws before the end of the current administration’s tenure.

“He stated that government universities in Nigeria were outnumbered by private universities. He said it would be good if secondary schools were privately owned. I pondered on the possibility.”

At the conclusion of the qualifying examination that was written across the six Local Government Areas in Ogun Central and supervised by Project Think Kindly, Chief Aderinokun supported the words of the former President after seeing the results of the students who won the awards.

“Fast forward to this month the foundation I co-founded with my wife, Stephanie in conjunction with a youth corper, Blessing that served in Abeokuta Ogun state, decided to give out 50k each to 60 SS3 students,” the tweet read further.

“In Ogun central senatorial district (6 local governments) to assist with the waec/jamb examination fees. Appx 660 pupils sat for an examination to determine the best 60 students. It included both public and private schools.

“The results of the students from the public school were abysmal. It took me back to what Balogun of Owu told us. Something has to be done about education in Nigeria, especially public secondary schools.”