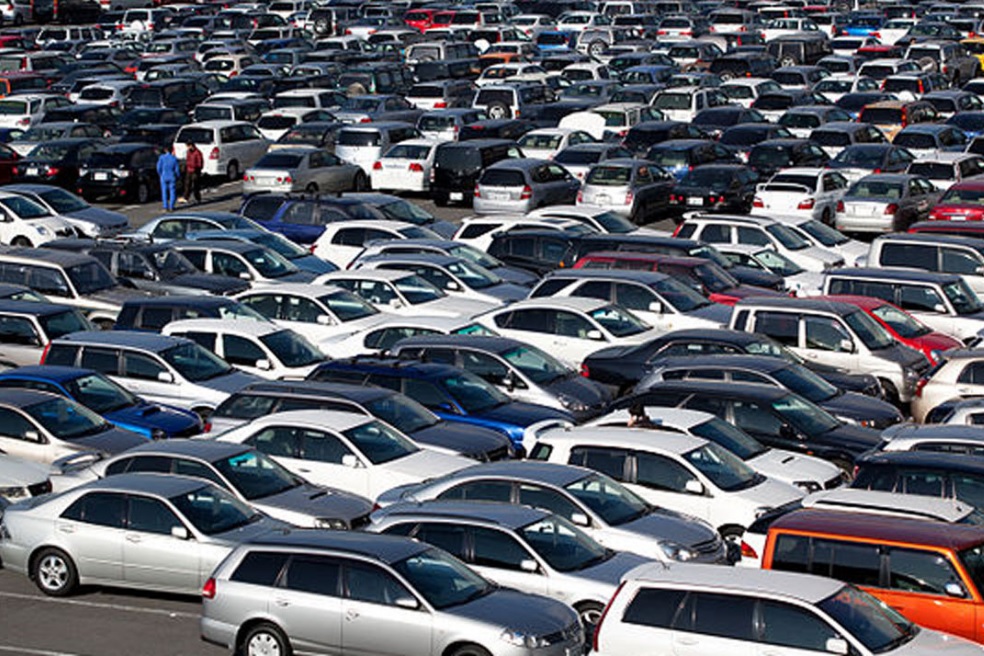 The Federal Government may be losing half of its revenue from import duties on vehicles, as about 50 per cent of them come into the country, illegally.

Stakeholders told The Guardian that the economic sabotage, which gained traction during the closure of land borders in 2016, is perpetrated by either influential people and dealers. These people, it was gathered, present signed documents to the Customs, or bribe their way without due process.

One of the implications of vehicle smuggling and duty evasion is that such vehicles are sold easily at cheaper rates. The Nigeria Customs Service (NCS) had, in September 2019, raided some top car marts in Lagos. The Comptroller General’s Strike Force and officers attached to the Federal Operations Unit (FOU), Zone ‘A’, Ikeja stormed Berger along Apapa-Oshodi Express Road and other premises across the state.

Many of them were closed on the orders of the Comptroller General of the Service, Hameed Ali, for allegedly retailing smuggled vehicles in the shops.

The second-hand vehicles dealers were not spared as most of their showrooms were equally closed due to documentation issues.

Executive Secretary, Nigeria Automotive Manufacturers Association, (NAMA), Remi Olaofe, said: “You can’t say there is no smuggling in Nigeria; our borders are porous and we have done everything we needed to do to improve it by shutting down the borders, but they are still porous.”

Olaofe said it is a fallacy to say that for every vehicle coming into the country, appropriate duties are paid. Stating that NAMA has proffered solution to the menace, Olaofe said that with their portal and that of the National Automotive Design and Development Council (NADDC), it will be 100 per cent impossible for anybody to import a vehicle and not properly register in Nigeria because the portal will indicate whether the appropriate amount of money is paid or not.

“It is just as simple as that, but for the reason best known to the operators and the players in that market, they have refused to allow that portal to work”, he said.

Advising that vehicles must be registered for them to be driven on the road, Olaofe added: “You can’t be driving a vehicle that is not registered. To know this, they should go to the licensing office because the office cannot license a vehicle without first clarifying from the portal and that clears the vehicle. If that is not there, we have what is called the Vehicle Identification Number (VIN) number, which will throw up a red flag.”

Olaofe said: “I don’t represent the Fully-Built Vehicle (FBU), my advocacy is for us to shut our doors against the FBUs. Assembling vehicles in Nigeria is what I represent.”

Confirming that the duty waiver for vehicles has been adjusted without difference in the rate of vehicles, the executive secretary said: “We are saying that it is not duty that is affecting the rate we are paying as transportation fare, but the factors are the cost of fuel, infrastructure, security on the road, wear and tear, replacement of these spare parts and the conditions of the vehicles. They bring a lot of junk into this country.”

“Africa Bilateral Free Trade Agreement has taken off, where is Nigeria in the scheme of things? Assembly plants are moving to Ghana, what do we stand to benefit? Toyota, Hyundai and others are being assembled in Ghana. Are they assembled for the Ghana economy? They are for Nigeria’s economy,” Olaofe added.

Deputy Managing Director, Massilia Motors, dealers of Mitsubishi brand of vehicles, Kunle Jaiyesimi, said most car dealers, including Masillia Motors are still selling their old stock and that his company had stocked up until December for the 2021 business.

According to him, the car market has really shrunk and that dealers have not really made major decisions in 2021 in terms of vehicle imports.

Jaiyesimi said: “To the assemblers, they are not happy with the Finance Act; it is making the locally assembled vehicles uncompetitive compared to the Fully Built Units. For instance, the Fuso and Canter (Mitsubishi) that we are assembling, it is cheaper to bring them in as FBU than locally assembling them. And that has affected our production lines.”

Jaiyesimi proffered solutions, saying: “The only way for us to have some gain on the assembly line is for the government to remove the import duty or reduce it. If they cannot remove it, they can bring it down to five per cent.”

The DMD said that, for now, the government is charging 40 per cent (35 per cent import duty and five per cent for levy) on passenger cars for FBU; 10 per cent on (Semi Knocked Down (SKD) and 10 per cent on FBU buses.

He argued that whatever duty reduction the government has put in place for them to enjoy is being wiped off by the exchange rate fluctuations, stressing that the CBN is not supporting vehicle importers at SKD or FBU level. Rather, he informed that stakeholders rely on the black market to pay their suppliers.

“Once you are getting your FX from the black market, whatever gain that is coming from the import duty reduction is lost in the over 25 per cent increase in the FX rate,” Jaiyesimi added.

Further investigations, however, revealed that both new vehicle dealers and second-hand vehicle merchants are deeply involved in the business of short-changing the government.

A member of the United Bergers Motor Dealer Association (UBMDA), Chike Ejogu, who spoke to The Guardian, said that dealers evade Apapa ports because of the high duties paid to clear vehicles there.

According to him, that is the major reason dealers resort to smuggling in vehicles at cheap rates, to make big gains. Ejiogu said: “The whole thing worsened in early 2016 when the land borders were closed. Before the closure we used to pay N74, 000 and N96, 000 for small cars while we were paying about N170, 000 for big vehicles like SUVs.”

Ejiogu revealed that about 5,000 vehicles are smuggled through the Idiroko land border every month. Chairman, Allen B Motors Nigeria Limited, Lawal Azeez, said car smuggling has caused the government a fortune.

According to the auto dealer, reduction of duties paid to the government will help to discourage smugglers from their illegal operation.

However, for the first quarter of 2021, despite the challenges associated with COVID-19, Mercedes-Benz Cars sold 590,999 passenger cars across the world driven by China and United States retail sales as well as strong demand for plug-in hybrids and all-electric vehicles.

Consequently, the genuine dealers are left to suffer the outcome as they cannot sell vehicles lower than the actual cost of bringing them to the showrooms.