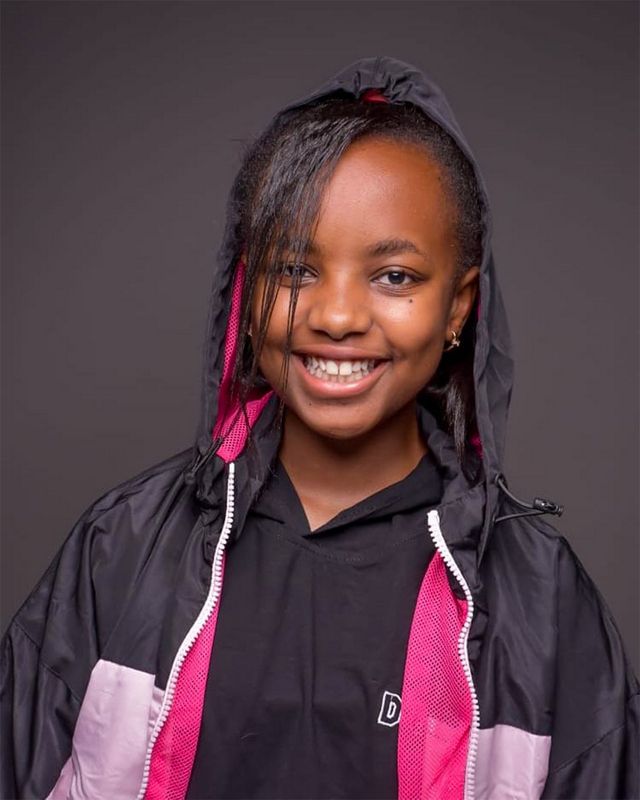 At only 13, child actress Stacey Waweru is making moves in the film industry and has already starred in several international projects. She’s now set to make waves as the voice behind an African child superhero.

A quick Google search session will reveal that 13-year-old actress Stacey Waweru recently appeared in the 2021 Netflix film, “Just In Time“, starring Ashley. Dive in further and you’ll see that her impressive IMDb (Internet Movie Database) profile has a growing list of credits, including roles in “Lusala” (2019) and “Supa Modo“, the 2019 superhero film that first cast her into the limelight.

The young star has shared the screen with top Kenyan actresses Sarah Hassan and Pierra Makena and has been featured by CNN, Deutsche Welle, Rotten Tomatoes, Toronto Guardian and many other top news platforms and publications for her roles, which often highlight girl-child empowerment, reflecting the lives of modern Africans. 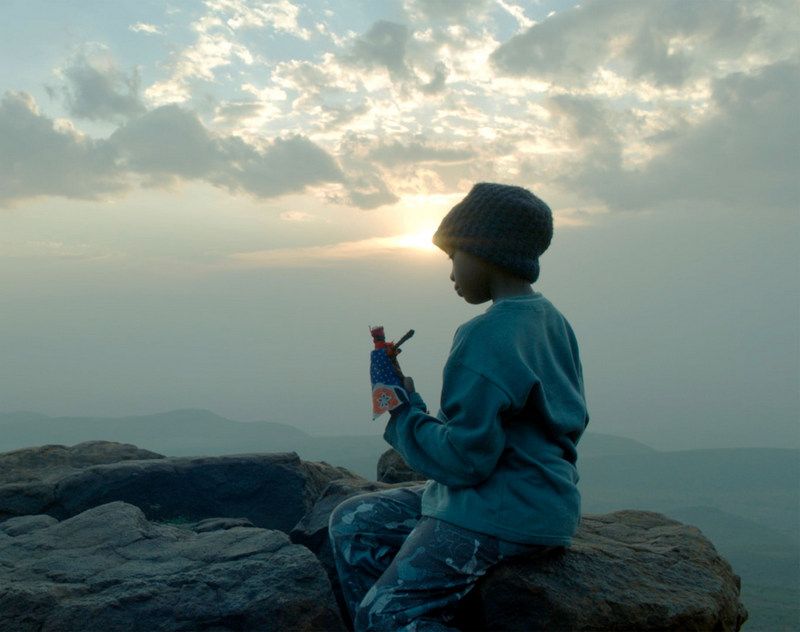 Under the guidance of Kenya’s best-known film star, Lupita Nyong’o, Stacey has been working with a team at Kukua, an edutainment startup based out of Nairobi, on the globally acclaimed “Super Sema” series. She is the voice behind the main character, Sema.

In the series, her character, together with a twin brother, battles a villainous super robot, Tobor, to protect the twins’ hometown. The series has built a fan base across the planet, much to Stacey’s delight.

Her father, Joseph Njata, who is also her manager, has played a key role in her meteoric rise to fame, while her mother, Agnes Muigai, is widely credited with shaping the star appearing on screens across Africa and around the world.

Stacey’s keen interest in being an actress, however, started when she was just two years old, according to her parents.

“She was always glued on television to a point where she would forget her meals. She would also act as if nobody else was in the house – it was only her and cartoons. Her favourite one was the Teletubbies. She knew those characters by name, and I remember we would miss the seven o’clock news on television as she watched her cartoons. She was the boss of the TV remote in the house,” says her dad. 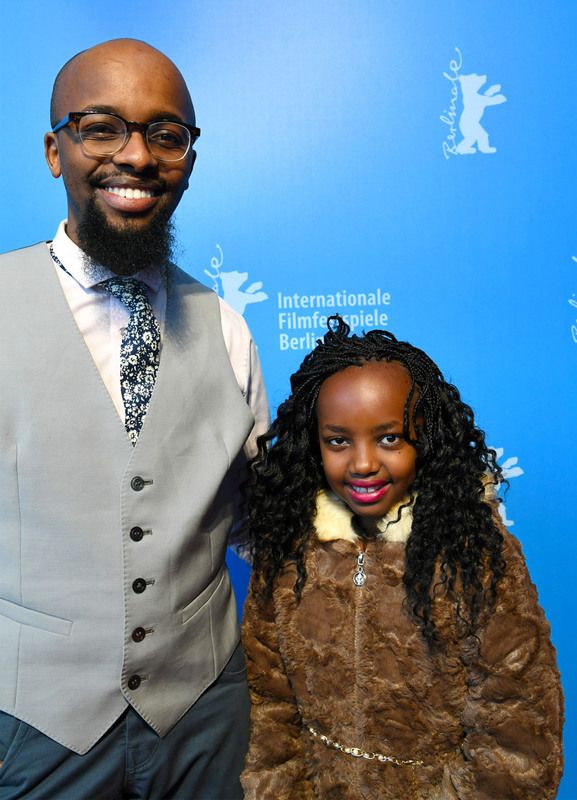 Waweru was born when her father was a booking clerk at the Fox Theatres cinema at Nairobi’s Sarit Center. He would get complimentary tickets for his family to enjoy film releases, meaning that from her earliest years, she did not need a cinema ticket. Armed only with popcorn, the young girl would get lost in a world of animated films, viewed on the big screen.

As her interest and curiosity grew, her father started coaching her how to act, to the camera.

“I started filming her using a phone and would tell her, ‘…look at the phone and tell me this and this…’. We have those clips, and it includes a popular one which is on YouTube; in the video, she’s reciting the poem ‘my first day at school’. This started to build her confidence on camera at a very tender age,” Joseph explains. 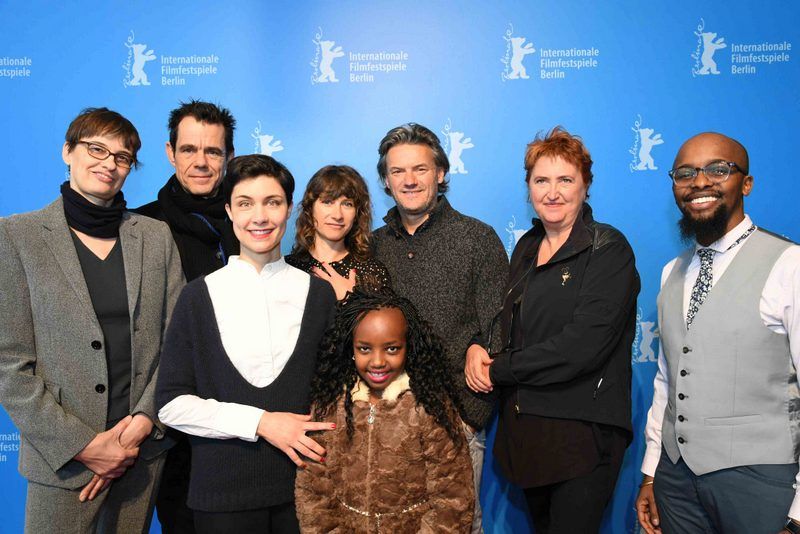 When she was four, Stacey began performing dramas at school and soon received confirmation of her acting talent. She won a streak of awards at drama festivals and her big break came when she landed the lead role in “Supa Modo”, at just nine years old.

Her father, who had studied at the Kwetu Film Institute in Rwanda, made sure she continued to build opportunities in both film and voice-over production, effectively preparing her for a big career break.

Stacey has been riding high with her “Super Sema” lead role. For her, working with Nyong’o on the series is a dream come true. Bubbly by nature, Stacey comes across as years ahead of her peers intellectually and enjoys engaging with the team behind the series. 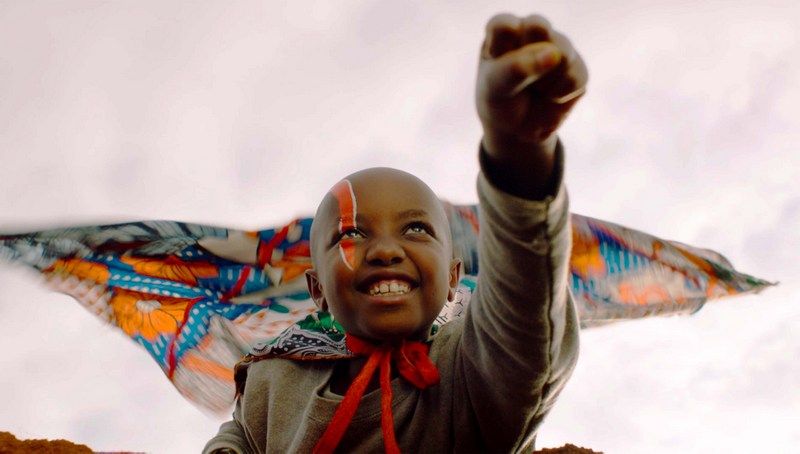 “The team is full of enthusiasm and it’s super fun. They are hilarious, and every time I’m recording, and I make a mistake, they tease me in a really funny way. After recording, I get a KFC to treat; that’s my favourite part. But I also like the aura; the positivity that’s there every day. It’s just so awesome,” she said excitedly.

Stacey also had plenty of positive things to say about Nyong’o.

“She’s very kind and nice. When I’m working with her, she’s always pushing me, encouraging me, and telling me what to do, and the right way to do it. Lupita also tells me to wait, my time is gonna come and this thing I do will be big,” she said.

While not everyone is blessed with a Hollywood star for a mentor, Waweru still comes across as grounded. Acting is not her only passion. The actress revealed that she loves drawing – digital art and pencil drawing.

Her interests don’t stop there, however. She also wants to explore singing, dancing and other art forms as she grows. Quoting Nyongo’s iconic ‘all dreams are valid’ Oscars speech, Stacey believes that she can be anything she wants to be.

While for her father, parenting has been a rollercoaster of emotions, he is enchanted with his child and her abilities.

“I would say she’s the life of the house. Her sense of humour is on another level and whenever she’s not in the house, we all feel her absence. She’s also very tech-savvy and teaches us a lot of new stuff. She is always asking me questions about technology. Today she’s interested in learning animation and I am planning for those lessons with her. I mean, it’s very rare to find Staycie idling. If she’s not doing her homework, she’s watching a film, reading books or filming videos for YouTube and TikTok,” he revealed. 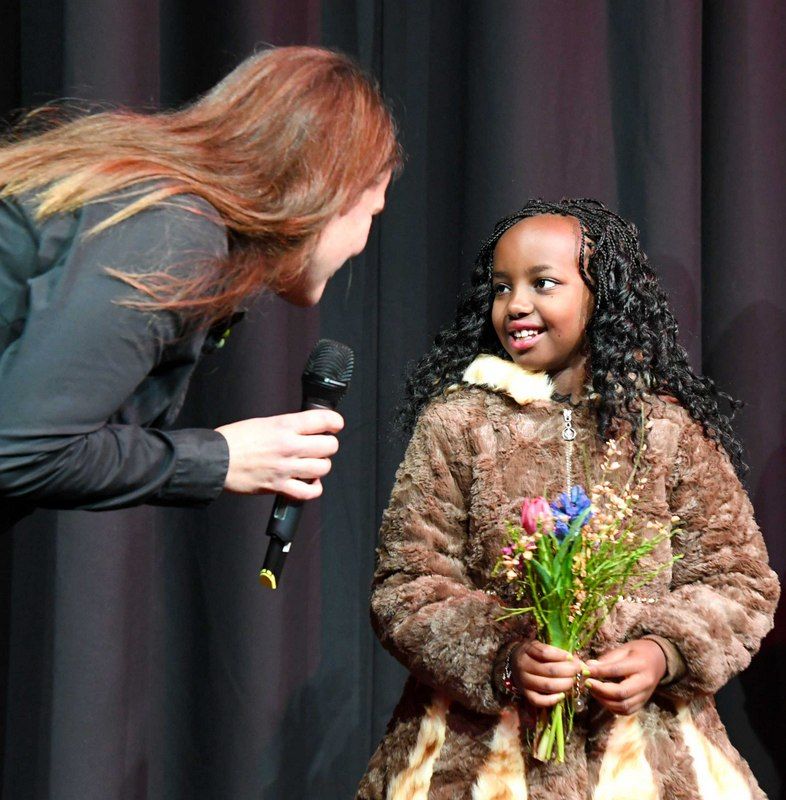 His daughter’s insatiable curiosity may mean he has to conduct constant technological research just to keep up with her but he is more than happy to do that, in the interest of remaining a good parent. She, on the other hand, waxes philosophical when it comes to the issue of parenting.

“If your son comes up to you and says, ‘mum, I want to be a voice-over artist,’ please listen to them and give them a chance. There are a lot of people who haven’t done degrees but they’re still so successful. I’m not saying a degree is a bad choice; their children can always manage both of them if they are willing to,” she said, suddenly serious.

As an inspiration to millions of young fans across the continent, her opinions on everything from education to acting to life in general, are likely to find a wide audience.

Man arrested for stealing N6.6m from his friend’s bank account and using it to bet in Lagos