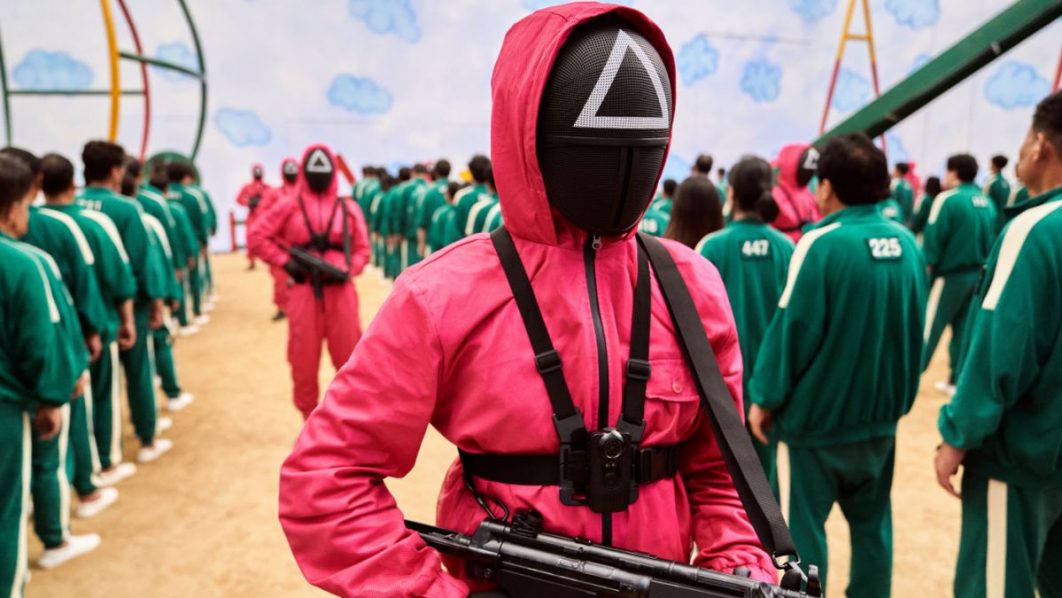 Squid Game has been a streaming sensation since arriving on Netflix and it has been revealed that the Korean series could be on its way to becoming the streaming giant’s biggest show to date.

The series premiered on the service last month and sees 456 desperate contestants compete with each other in a mysterious and deadly survival game. They must compete in multiple rounds of games in a bit to win the top prize of almost £30 million.

In each game, the characters take on a traditional children’s game such as Red Light, Green Light. However, losing sees them face the ultimate consequence – death.

It has become a global sensation and topped the charts as the number one show in many countries, including the UK and the US.

The film has been described as a horrifying version of Takeshi’s Castle, and some fans even questioned whether the dystopian show, which sheds light on staggering wealth inequalities, was in fact real.

Now, Netflix co-CEO Ted Sarandos has said that it will “definitely be our biggest non-English-language show in the world”. Just over a week after its release, he added that there was “a very good chance it’s going to be our biggest show ever”.

The period drama had 82 million subscribers watching for at least two minutes during its first 28 days after release.

“We did not see that coming, in terms of its global popularity.”

The series isn’t the first time the streaming giant has had huge success with an international series, with the likes of Germany’s Dark and Spain’s Money Heist proving popular with viewers.

While fans are loving the series, they’ll be disappointed with its creator’s comments on the prospect of a second series.

Hwang Dong-hyuk hinted he won’t be rushing to make another series after describing the creative process for the first as draining.