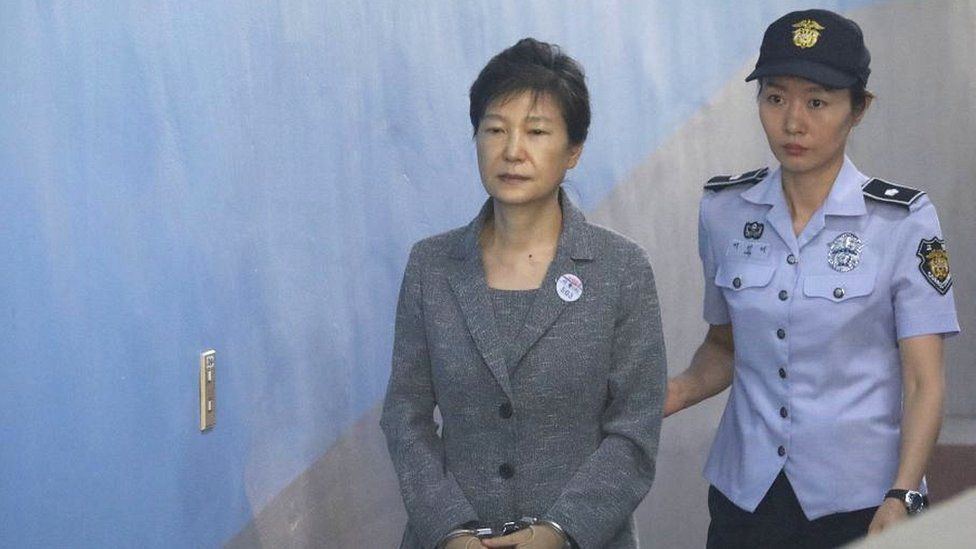 Former South Korea president, Park Geun-hye who was serving a 22-year prison sentence for corruption and abuse of power has been granted pardon by South Korean President Moon Jae-in.

The 69-year-old Park was convicted of abuse of power and coercion in 2018 after she was impeached the previous year and became her country’s first democratically-elected leader to be forced from office.

This year she has been hospitalised three times due to chronic shoulder and lower back pain.

South Korean news outlets say Park, was among the beneficiaries of Moon’s special amnesty for the new year, due to her poor health.

The announcement comes as a surprise as President Moon Jae-in previously ruled out a pardon for the former leader.

She is not the only former government official who was pardoned. South Korea’s first female prime minister Han Myeong-sook, who served a two-year prison sentence from 2015-2017 for bribery, was also exonerated by the government on Friday.

In 2018, Park was found guilty of 16 out of 18 charges, most of which related to bribery and coercion.

The court ruled that she had colluded with her close friend, Choi Soon-sil, to pressure conglomerates such as electronics giant Samsung and retail chain Lotte to give millions of dollars to foundations run by Choi.

In addition, Park was found guilty of leaking confidential presidential documents to her long-time friend.

She was initially sentenced to a total of 30 years in jail and fined 20bn won (£12.5m, $16.8m), but a high court later reduced the fine and the term to 15 years for corruption with another five for abuse of power.