Home National Some ladies would rather assist a man who promised them marriage financially...
Facebook
Twitter
WhatsApp
Telegram
Email 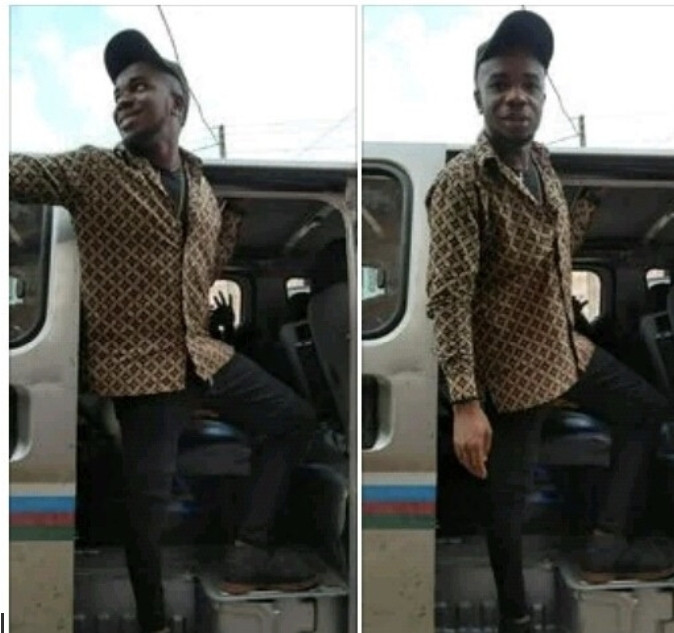 A Nigerian man identified as Uzoukwu Anayo has said that some women would rather give money to men who promised to marry them than help their own brothers financially.

Anayo, who stated this on Facebook, also thanked God for giving him selfless sisters.  According to him, if not for them, he might have ended up as a conductor.

“Do you know some ladies would rather assist a man who promised them marriage financially than their own brother? Makachi some women neediri ima ihe,” he wrote.

“One bought Keke for a man that wants to marry her but left the brother to be roaming about jobless and without skill…..I couldn’t believe her reason; that if she help the brother now, tomorrow he will get married and another woman will come and be enjoying the fruit of her labour. Can you imagine? So maka this useless reason now she rather let the blood brother struggle.

Eziokwu, sometimes when I kneel to pray, I don’t ask God for anything rather I thank him for a wonderful family, for a selfless sisters because the girls bu uzo metuba ego aka na the family, oburu na ha nwere this kind of selfish mindset I don’t know where I would be by now. 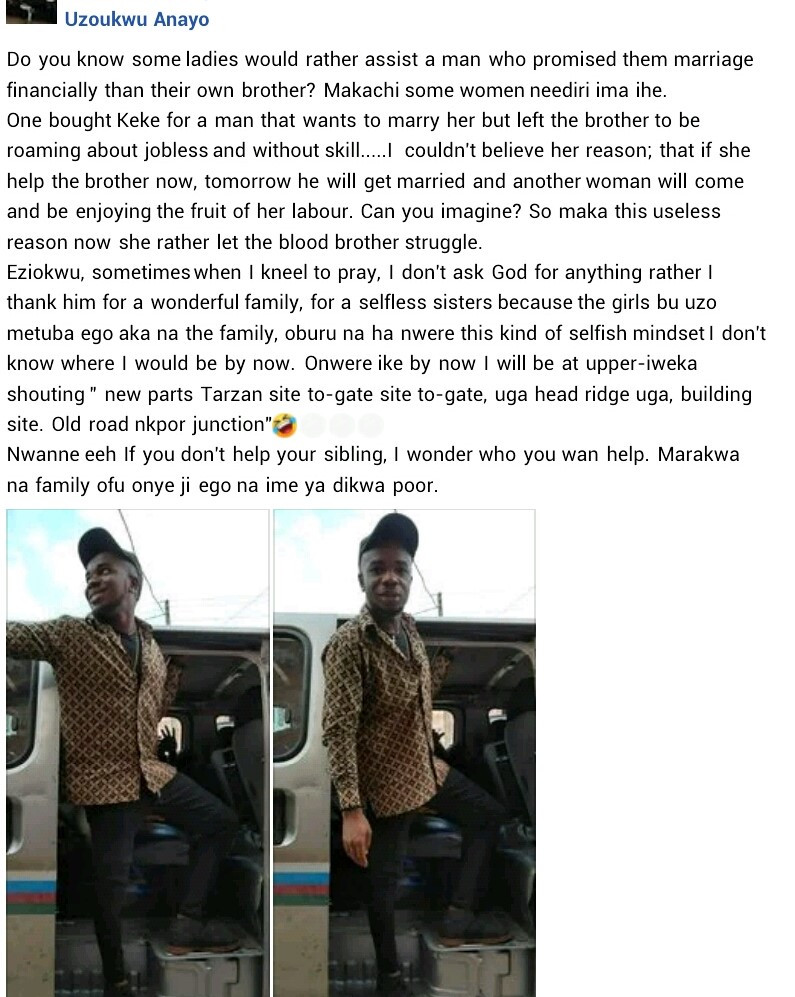