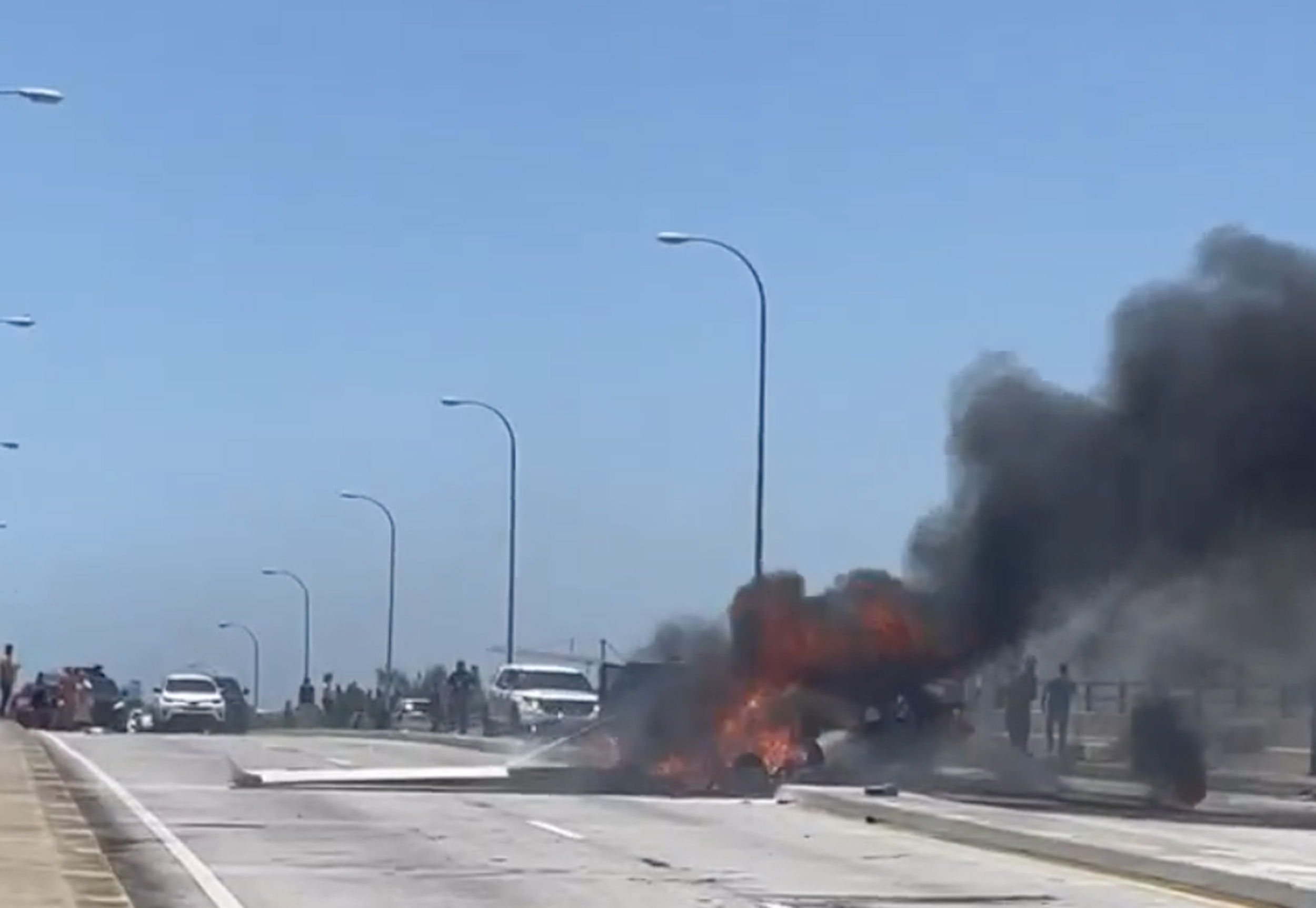 A small plane caught fire after crashing into a bridge in Miami Saturday afternoon.

At least one vehicle was hit when the aircraft crashed into the Haulover Inlet Bridge on Collins Avenue between 96 and 163 Street at around 2 p.m., authorities said.

Traffic in the area is currently closed, Miami-Dade police said.

This is a developing story. Check back for updates.