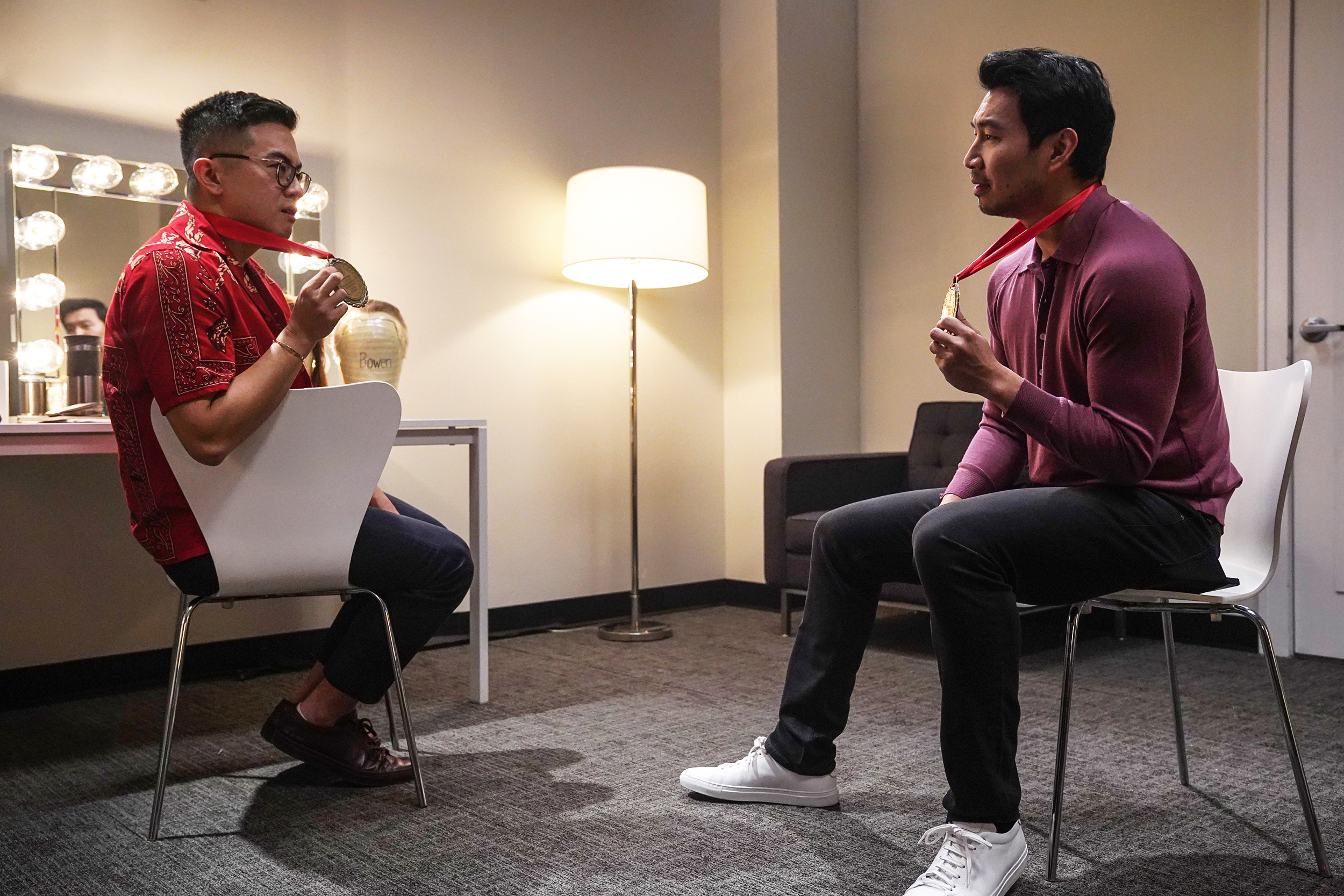 Simu Liu and Bowen Yang are often hailed as trailblazers in the Asian American community — for being the first Marvel Asian superhero and for being the first Asian cast member on “Saturday Night Live.” So when the pair teamed up for an “SNL” sketch over the weekend, they poked fun at the idea by competing over increasingly ridiculous “firsts,” from the “First Gay Asian Cast Member to Mispronounce ‘Boutique’” to the “First Asian Man to Deadpan on Splash Mountain.”

In the taped segment, Chinese Canadian actors Yang and Liu meet in a dressing room before the episode. “This has never happened before, right? Asian male host, Asian male cast member,” Yang said.

The two congratulate each other on their respective milestones before admitting how tiring these historical titles can be in a predominantly white space.

“I just think it’s weird that people keep track of this stuff,” Yang says. Liu then pulled out a medal he had tucked in his shirt for being the “1st Asian Man to Move from Canada to America Named Simu.” “I have one that says Bowen,” Yang says, pulling a similar medal out of his shirt.

The conversation quickly delves into a competition about their “First Asian” accolades.

“Don’t you think these titles are kind of ridiculous?” Liu asks, to which Yang agrees.

NBC Universal is the parent company of NBC News and “SNL.”

Yang’s work on “SNL” earned him an Emmy nomination this year, making him the show’s first featured player to be nominated for an acting award. He has previously spoken about his Asian American identity, and amid the rise of anti-Asian violence during the pandemic, he urged people to “do more” to stop the violence.

Liu, meanwhile, made headlines this year after criticizing the TV show “Kim’s Convenience,” which he starred in, for its lack of diversity in the writer’s room. He has also credited the diverse production crew of “Shang-Chi and the Legend of the Ten Rings” for ensuring the authenticity of the film.